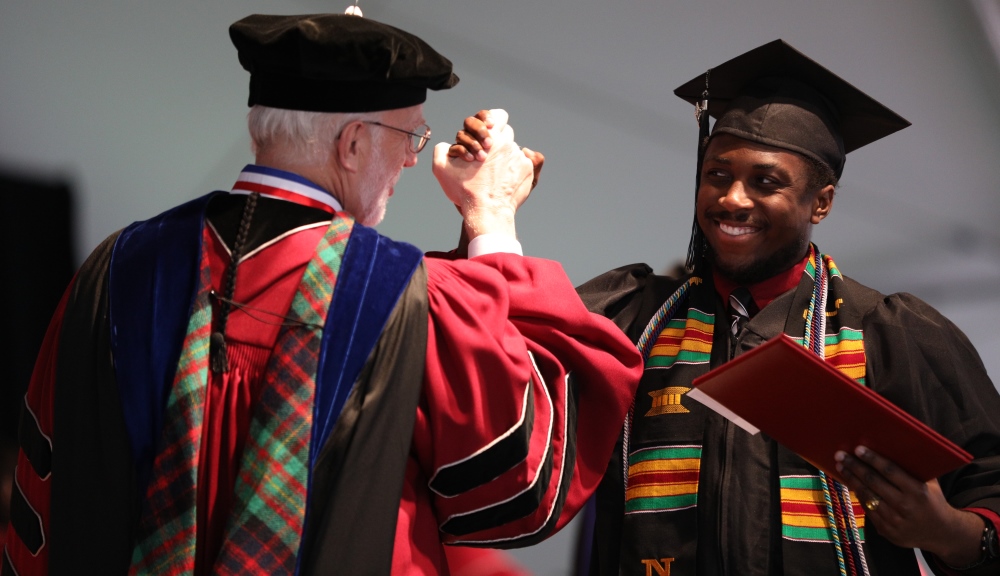 Worcester Polytechnic Institute (WPI) will hold a series of ceremonies to honor its Class of 2018. This year, more than 1000 undergraduates and 800 graduate students will receive their degrees during separate events. The university will also host a commissioning ceremony for cadets of the Army, Navy, and Air Force ROTC programs. All events will be held on the WPI Quadrangle, 100 Institute Road, Worcester.

Marcia McNutt, president of the National Academy of Sciences, will deliver the graduate commencement address on Thursday, May 10. The NAS is a private, nonprofit institution established under a congressional charter signed by President Abraham Lincoln in 1863. It recognizes achievement in science by election to membership, and—with the National Academy of Engineering and the National Academy of Medicine—provides science, technology, and health policy advice to the federal government and other organizations. McNutt will receive an honorary doctor of science degree.

The Worcester Consortium of Colleges Reserve Officers’ Training Corps (ROTC) will hold a joint ceremony in which cadets in the Army, Navy, and Air Force programs at Brown University, Fitchburg State University, the College of the Holy Cross, WPI, Worcester State University, and the University of Massachusetts Lowell will be commissioned as officers. The 2018 Commissioning Officer is Robert G. Catalanotti, the Senior Advisor to the Assistant Secretary of Defense for International Security Affairs.

Margot Lee Shetterly, author of Hidden Figures: The American Dream and the Untold Story of the Black Women Mathematicians Who Helped Win the Space Race, will deliver the undergraduate commencement address.  Hidden Figures, which was made into a major motion picture, sheds light on the African American female mathematicians who were part of NASA’s work force from the 1940s to the 1960s. Shetterly, who is also the founder of The Human Computer Project, will receive an honorary doctor of humane letters degree.

Members of the media wishing to cover any or all of these events must have WPI-issued credentials. To obtain credentials and parking pass, contact:

Other parking and event information can be found here.