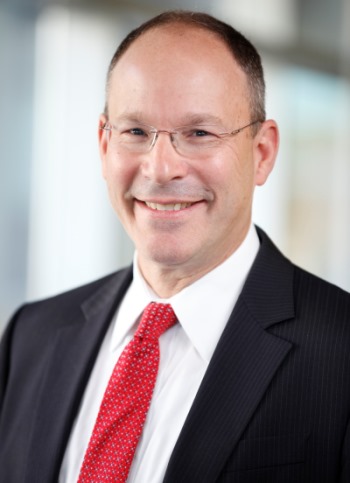 Following a comprehensive national search, Worcester Polytechnic Institute (WPI) has named David Bunis, JD, Senior Vice President and General Counsel. This is a newly created position at the university; as the chief legal officer, Bunis will report to WPI President Laurie Leshin and will work with closely with the senior management team. He will join WPI on January 1, 2017.

“We are delighted to have David Bunis join WPI in this critical role of general counsel,” President Leshin said. “Because this is a new role here, we feel especially fortunate to have attracted such a widely respected attorney with tremendous experience and insight into the distinctive issues facing institutions of higher education today. Our work at WPI is increasingly complex, as is the education ecosystem in which we operate. David is well-versed and fully capable of overseeing the range of legal issues a leading-edge university like WPI faces, and I am thrilled that he will be part of our leadership team.”

Attorney Bunis brings nearly 30 years of legal experience to this role, including 24 years in Boston-based law firms representing some of the largest nonprofits and universities throughout New England. Bunis also spent five years at Brandeis University where he served as chief legal officer, secretary of the corporation, and chief of staff to the president. He is fluent in the broad spectrum of legal issues that confront institutions of higher education, such as Title IX, campus disciplinary investigations and actions, institutional governance and compliance, employment issues, and managing cybersecurity risk on campus, as well as fraud and research misconduct. More generally, he is an accomplished litigator with significant experience managing legal issues around intellectual property, licensing and trademark, real estate, labor and employment law, and general business law.

"WPI is an outstanding university, and it will be a privilege to work with such a brilliant and thoughtful community of people who are focused on applying knowledge to solving great problems through science and engineering,” said Bunis. "Higher education is a real passion for me, and WPI’s distinctive academic approach, its rich student life offerings, and its innovative and important research endeavors made this opportunity all the more enticing. I am looking forward to getting to know the faculty and staff and working with President Leshin to help the university on many fronts.”

Bunis joins the university from Donnelly, Conroy & Gelhaar, LLP, where he was a partner. Prior to that, he was in his role at Brandeis for five years. Bunis started his career at Nutter, McClennen & Fish, LLP, where he represented both Tufts University and Boston University, along with a host of other clients from a diverse group of business interests. He then spent nearly 20 years at Dwyer & Collora, LLP, where he was partner. During his time at Dwyer & Collora, Bunis worked with universities and colleges, financial services institutions, and pharmaceutical, foodservice, and high technology companies. He was named the 2007 Massachusetts Lawyer of the Year, was twice named a Massachusetts Super Lawyer, and was voted to the list of the Top 100 Lawyers in Massachusetts six times.