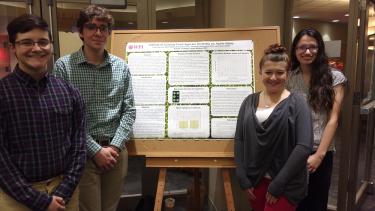 CUREing biology allows WPI students to participate in projects developed and taught by their own professors, making for a more personal research program

Students doing research in the biology department aren’t just duplicating lab experiments with expected outcomes anymore. They are participating in real research, and their findings will be combined with those of students conducting similar investigations across the country.

Why is this innovative approach to teaching important? 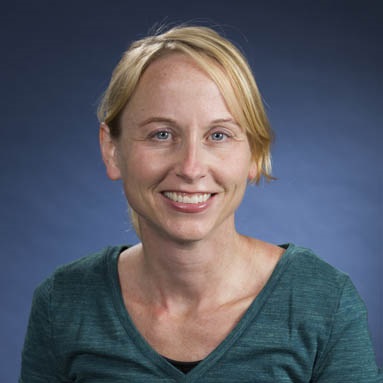 Mathews says that in response to growing evidence indicating the value of authentic research experiences for students in all STEM fields, those working on the initiative have implemented two new course-based undergraduate research experiences (CUREs) into the laboratory curriculum. The model, which integrates research projects into introductory laboratory courses, differs from other CURE projects at similar higher education institutions, she says, in that students engage in the research of the mentoring faculty themselves, transforming the entire undergraduate lab curriculum.

A similar initiative was started at Yale University, titled Small World Initiative, and another at the University of Pittsburgh employing a similar strategy, according to Jill Rulfs, associate professor and assistant department head of biology and biotechnology.

“They are similar in concept, but our initiative at WPI differs because the projects are developed by one of our own faculty members and taught by that person as well,” Rulfs says. “It's a personal research program, and more local.”

“I presented an aphid in a petri dish with a leaf of a plant it shouldn’t like, and timed how long it spent on the leaf,” she explains. “Then, I did the same thing again a half hour later with the same aphid.”

Aphids spent less time on leaves the second time around, and Mathews interprets this as evidence that the aphids remembered the type of leaf and rejected them quicker. 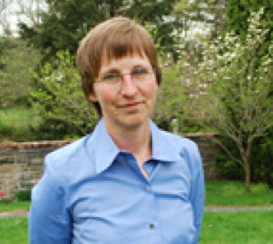 Mathews divided her students into four teams and mentored them for seven weeks to take the experiment another step. Each species of aphid prefers certain plants, she says, and the students’ objective was to test the hypothesis that migrating aphids use learning to find their preferred host plants more efficiently.

Students wanted to see if aphids could find their host plant faster when there were fewer different non-hosts that they had to learn to avoid, she says, so when they are migrating they can find the right host before they starve to death and die.

Allowing the students to learn by conducting real research is also conducive to the students coming up with their own innovative ideas, she says.

“Instead of an experiment where the instructor of the course knows the outcome and the students probably know the outcome, the students get much more experience dealing with real data,” she says. “It's a first step for what we want to do on a larger scale with more courses.”

Rulfs says she sees the entire undergraduate curriculum moving toward authentic research. The transition began four years ago, and the department continues to add new research-based courses to its laboratory curriculum.

“There is a great deal of data that suggest engaging students in authentic research increases their depth of understanding. Their conceptual knowledge is longer lasting, they gain additional basic lab skills and have a better understanding of how science proceeds as a discipline,” she says.

Douglas Reilly, a senior-level graduate student, acted as an instructor for a section of the course where the students undertook a research project involving microscopic worms (nematodes) in soil. He did this as part of a Mentored Teaching Experience under the mentorship of Rulfs.

The nematodes can be used as sentinels for environmental issues, Rulfs says. Environmental conditions change which nematodes are found in the soil, she explains.

“It's like waving a flag and saying there is a problem in this environment because of the worm population,” she says. “Students collected soil samples, isolated nematodes, and, using molecular biology techniques, characterized them to get a database started. As a proof of concept, it shows what can be done by undergrad students in seven weeks.”

Next, students will begin collecting soil samples in different environments.

Rulfs says the department hopes to turn the project into a national model, and engage students across the country involved in the same investigation to create an environmental database resource for biologists. Once a large dataset is available, it can be used for analysis by an informatics expert.

“And," she adds, "it's fun for the students to see the data contributing to something bigger than WPI, or one lab.”