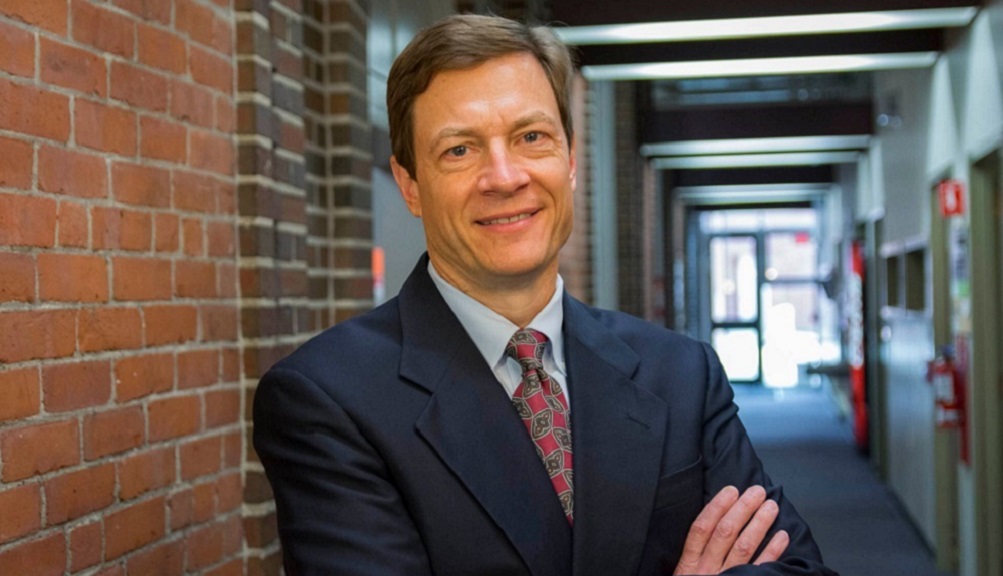 An outstanding educator and engineer, McNeill began his career working for Gordon, crediting the influence of the famed inventor and entrepreneur for his approach to project-based education, research, and leadership.

Worcester Polytechnic Institute (WPI) has selected John A. McNeill, PhD, a longtime faculty member in electrical and computer engineering whose excellence in teaching has been recognized numerous times over the years, as the Bernard M. Gordon Dean of Engineering.  McNeill, who joined WPI in 1994 after nearly a decade in industry, began his career working for Bernard Gordon, the inventor and entrepreneur who founded Analogic Corporation and NeuroLogica Corporation, served on the WPI Board of Trustees, and whose philanthropy endowed the deanship in 2010 to provide leadership in the spirit of purposeful achievement that has defined his career. McNeill has been serving as the interim Dean of Engineering since September 2018.

“John McNeill is a dynamic educator and a respected leader, attuned to what both industry and the world need—namely, globally focused and creative problem solvers from across disciplines who will work together to make the world and people’s lives better in tangible ways,” said WPI Provost Winston “Wole” Soboyejo. “This is challenging and meaningful work that requires hands-on leadership, creativity, collaboration, mutual respect, and endurance. John delights in teaching, and he inspires that same joy and excellence in others. His pragmatic yet imaginative approach makes him an appealing collaborator and a trusted colleague—evident across his years at WPI, and profoundly, in his leadership with the faculty as the university navigated our way to teaching and learning during the pandemic.”

John McNeill is a dynamic educator and a respected leader, attuned to what both industry and the world need.
WPI Provost Winston “Wole” Soboyejo

While WPI has been well known for its engineering excellence since its founding, the School of Engineering was established just 11 years ago and is now one of four schools—including the School of Art & Sciences, The Business School, and The Global School—all of which embrace and extend the university’s half-century of leadership in global project-based education and its dynamic research ecosystem that draws steadily increasing levels of funding and works with a diverse array of partners to understand and solve the world’s technological and societal problems.

“I didn’t think it was possible to have a better job than that of professor, but serving as WPI’s Gordon Dean of Engineering is the opportunity of a lifetime, especially because it brings my career full circle,” said McNeill. “Bernie Gordon was an important influence who taught me that being an engineer meant working for the benefit of people—and that my work as an engineer needed other people’s talents and commitment in order to have the most value. He helped me to understand the importance of collaboration and mutual respect for true success. In my role as Dean, I get to support and develop outstanding academic talent, foster a distinctive learning experience, empower transformative research, and develop truly impactful collaborations. This is an exciting moment, and I am once again humbled and inspired to help others as I assume this role.”

In 1999, McNeill received the WPI Board of Trustees’ Award for Outstanding Teaching and he has won the Eta Kappa Nu Outstanding Electrical Engineering Professor Award three times (in 2000, 2008, and 2013). In 1995 he received the Joseph S. Satin Distinguished Fellowship in Electrical Engineering at WPI. In 2007 he was one of the two inaugural recipients of WPI’s Chairman’s Exemplary Faculty Prize, which honors outstanding faculty members for excellence “in all relevant areas of faculty performance.”

McNeill’s research interests include biomedical sensing, jitter (noise) in integrated oscillators, and digitally assisted calibration of analog-to-digital converters used in low-power sensor systems. Supported by funding from the National Science Foundation (including a 1997 CAREER Award, the NSF’s most prestigious award for young faculty), other federal agencies, and industry, his research has resulted in six patents and over 60 peer-reviewed papers and conference presentations.

In 2018, McNeill completed a year as a visiting researcher at the University of Massachusetts Medical School (UMMS) working on a team developing a wearable wireless sensor for prevention of bedsores in convalescing patients in hospitals, as well as for those in-home care and long-term care facilities or in wheelchairs.