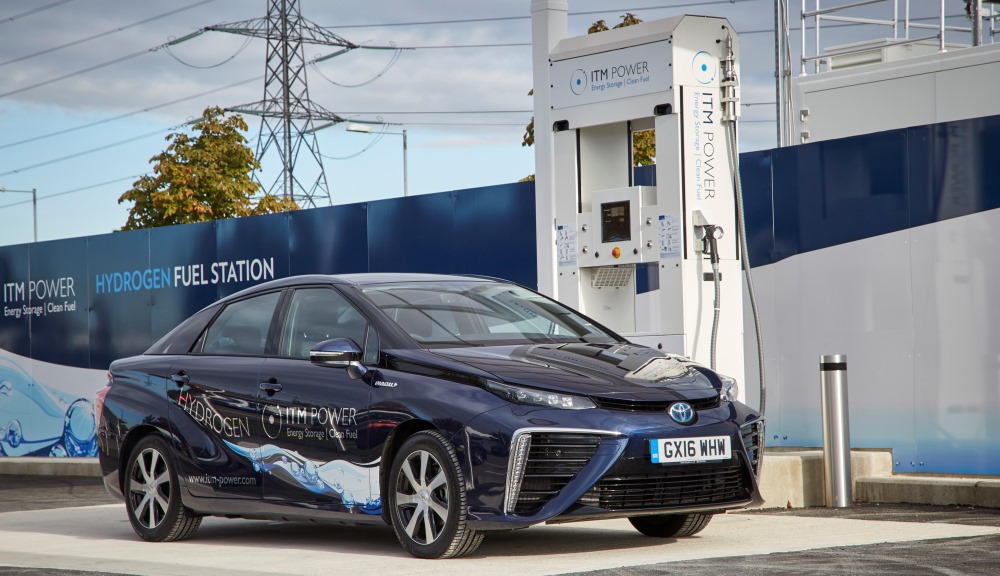 Separation membranes hold the key to making hydrogen fuel cheaper; in a pioneering study, the researchers show that membranes made with liquid metals appear to be more efficient at separating hydrogen than conventional palladium membranes while also being less expensive and more durable.

While cars powered by hydrogen fuel cells offer clear advantages over the electric vehicles that are growing in popularity (including their longer range, their lower overall environmental impact, and the fact that they can be refueled in minutes, versus hours of charging time), they have yet to take off with consumers. One reason is the high cost and complexity of producing, distributing, and storing the pure hydrogen needed to power them, which has hindered the roll-out of hydrogen refueling stations.

Engineers have long recognized the power—and limitless availability—of hydrogen, the most abundant element in the universe. Hydrogen occurs naturally in the environment, but it is almost always chemically bound to other

elements—to oxygen in water (H2O), for example, or to carbon in methane (CH4). To obtain pure hydrogen, it must be separated from one of these molecules. Virtually all of the hydrogen produced in the United States is obtained from hydrocarbon fuels, primarily natural gas, through steam reforming, a multi-step process in which the hydrocarbons react with high-temperature steam in the presence of a catalyst to produce carbon monoxide, carbon dioxide, and molecular hydrogen (H2).

The hydrogen can then be separated from the other gases through a cumbersome, multi-step chemical process, but the cost and complexity of hydrogen production can be reduced by using a membrane to do the separation. Most of the hydrogen separation membranes currently being developed use the precious metal palladium, which has unusually high hydrogen solubility and permeance (which means that hydrogen easily dissolves in and travels through the metal, while other gases are excluded). But palladium is expensive (it currently sells for about $900 per ounce) and fragile.

For these reasons, chemical engineers have long searched for alternatives to palladium for use in hydrogen separation membranes, but so far, no suitable candidates have emerged. A pioneering study led by Ravindra Datta, professor of chemical engineering at Worcester Polytechnic Institute (WPI), may have identified the long-elusive palladium alternative: liquid metals.

A host of metals and alloys are liquid at the standard operating temperatures found in steam reforming systems (around 500 degrees C), and most of these are far less expensive than palladium. In addition, a membrane made with a film of liquid metal should not be prone to the defects and cracks that can render a palladium membrane unusable.