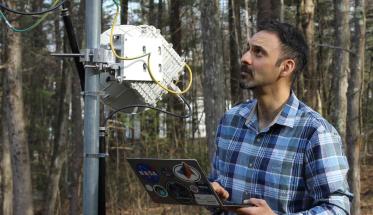 Internet access in both rural and urban America continues to be a challenge due to a variety of factors—ranging from being too expensive to install in sparsely populated areas to widening digital inequities in metropolitan areas—but steps are being taken to correct that. And WPI is part of the solution.

U.S. Ignite, a high-tech nonprofit whose mission is to accelerate the smart community movement, today announced that WPI is involved in one of seven awards for Project OVERCOME, which was conceived by the National Science Foundation and is designed to bring novel broadband technology solutions to underserved areas. The NSF is funding $2.25 million while Schmidt Futures is providing $450,000 for the projects, which are being launched and overseen by U.S. Ignite. The projects will take place in six states and Puerto Rico.

In its announcement today, U.S. Ignite noted that the “winning proposals reflect a range of rural and urban environments, demographic characteristics, geographic regions, housing types, local and industry collaborations, and technical approaches.” NSF leaders said that the pandemic has shown the need for more broadband connectivity to the workplace, critical resources, and other online opportunities. 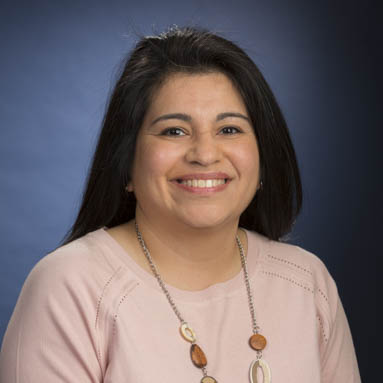 The Missouri S&T-WPI project involves what is known as “an RF (radio frequency) over Fiber (RFoF)” deployment using intelligent routing and multiple last-mile wireless technologies to serve a rural village in Clinton County, Missouri. WPI is providing the underlying technological support while Missouri S&T is building the hardware. Plans are to start by providing broadband Internet to 30 homes in this small village, but then to scale it to larger projects. Broadband refers to high-speed data connections that can easily support streaming services and multiple teleconference sessions at the same time.

Shamsnaz Bhada, assistant professor of systems engineering at WPI, is serving as the principal investigator while Alexander Wyglinski, professor of electrical and computer engineering, is the co-principal investigator for the project. Also involved on the WPI team are Galahad Wernsing, a PhD student; and Mariko Endo ’22, who is majoring in interactive media and game development. Both Bhada and Wyglinski agree that it is critical for universities to collaborate on projects such as these for the betterment of society.

The Herd caught up with Bhada and Wyglinski to discuss the challenge of providing broadband access, the team’s role and goals, and how WPI’s twin mission of theory and practice are on full display on this project.

The Herd: Why was your proposal selected?
Shamsnaz Bhada: One of the reasons our proposal was selected was because we had a replication strategy. Although this proof of concept was for a village in Missouri, we have a systems methodology that can support the replication of this across the country.

Alex Wyglinski: Exactly. Our team is so critical because there is a fundamental need for communications and using it in innovative ways. The need to reproduce this technology, scale it, and tie it to not just the 30 households in Missouri, but to millions of homes across the country is vital. And that’s what U.S. Ignite was looking for in the proposal.

The Herd: How significant is the problem of rural broadband access in Missouri and nationwide?
SB: More than 1.3 million Missourians live in rural areas, and do not have adequate access to high-speed Internet. But if you expand this to tribal lands and other areas within the state, the figure extrapolates significantly. The problem is even wider across the United States. Since the pandemic, over 26 percent of Americans in rural areas and 32 percent in tribal lands have inadequate high-speed broadband.

The Herd: What exactly will your team be doing?
AW: We’re coming up with the innovation and the technology. The hardware is being built, collected, and installed in Missouri. WPI is responsible for understanding 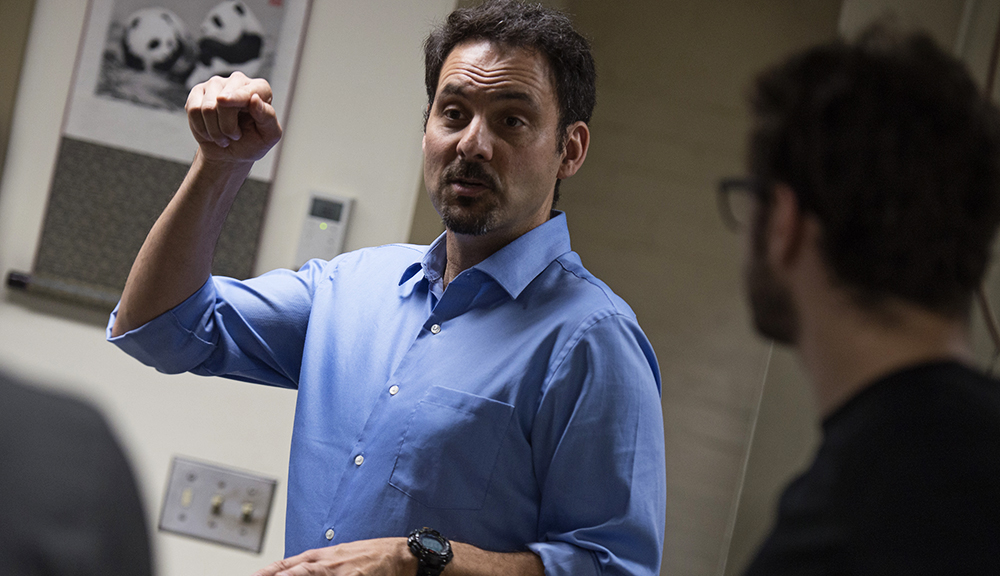 SB: Also, the intelligent router is going to be programmed at WPI so we will be doing a lot of the coding. [Missouri S&T] is putting the hardware on the ground, but the coding and analysis of what node should be operational in Missouri—at what point and when—are going to be decided and programmed here at WPI. So, that’s pretty cool that you can have the hardware on the ground and the software gets to run the show. We are also creating the digital twin of the entire system, which is going to have physical and software aspects that can be generated from the technology.

The Herd: How did the partnership with Missouri S&T come about?
AW: I received an e-mail out of the blue from Casey Canfield, who is an assistant professor at Missouri S&T. She plugged the words “wireless” and “spectrum” into Google and it produced my name. And I’m glad she did. I’m glad I responded and that we’re looking into the rural broadband problem further.

The Herd: What is your ultimate goal?
SB: For me, coming from a systems engineering perspective and addressing the digital divide challenge of social justice, I envision in a few years that we can pack broadband in a box and give it to students just like we do for free lunches. It’s no longer the case where you can have good health, good information, and a good education without broadband.

The Herd: It sounds like you’re clearly solving a real-world problem here.
AW: We’re taking our theory and putting it into practice to help the folks of a fellow state who really need help getting broadband connectivity. This is a very real-world need, and Shams and I are part of what will probably be an extremely transformative experiment that could ultimately change the lives of millions of people.