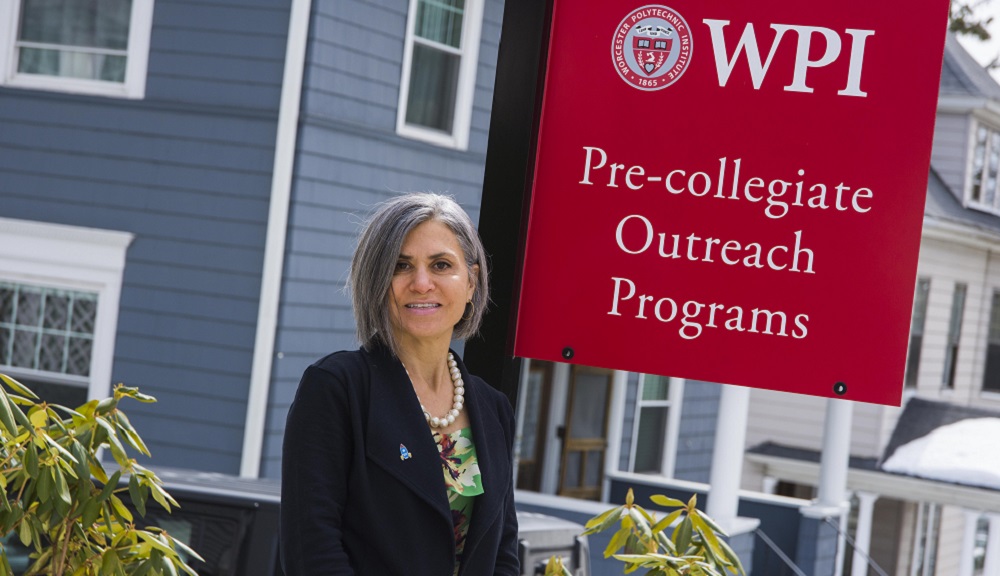 A new year calls for new members of the WPI community, and as the university’s first director of sponsorship and events for the Office of Pre-Collegiate Outreach Programs, Nicole Anterni is jumping in with both feet.

Anterni joined the WPI community in January, and is currently responsible for all things TouchTomorrow, the annual festival of science, technology, and robots that draws thousands to campus each summer. Working with the rest of the Office of Pre-Collegiate Outreach Programs, as well as several campus partners, Anterni is responsible for bringing in outside exhibitors, designing the event’s stage programming, showcasing the work of WPI’s faculty and students, raising money to help offset the cost of the event, and getting the word out about TouchTomorrow as effectively as possible.

“It’s an honor, truly,” Anterni says of her new position. “I’ve been so graciously welcomed by the community, and I’m really looking forward to June 9 to see it all come together.”

Anterni had worked for UMass Medical School for five years, where she organized its Cancer Walk & Run. While commandeering a STEM festival may seem like a bit of a different path, she is excited for the challenge, and offers a unique viewpoint as to why these two positions might not be as different as one would think.

When her former boss asked if she’d be able to work in a new job with such a different direction than the cancer walks, she replied: “Well, it’s not cancer, but the people we’re affecting [with TouchTomorrow] ... they’re going to grow up to cure cancer. We’re touching the lives of those who are going to make a difference in the future. That, to me, is just as exciting and fulfilling.”

Anterni is committed to continuing the tradition of a successful, enlightening, educational, and—most important—fun day, and says she’s lucky to have the support of such a passionate and knowledgeable committee. She’s quick to credit everyone else on campus who will work with her to bring TouchTomorrow to life again this year, including director of pre-collegiate outreach Sue Sontgerath.

“Sue’s created so many amazing programs to give kids the opportunity to learn about STEM and about WPI," she says, "...things that really can make a difference in the direction of their lives.”

“Looking at the website and social media accounts, I can really put together a picture of it, but I don’t think anything’s going to beat experiencing it in real life and seeing it all come together. So many people work so hard to make this a special day for the community. It’s going to be great!” -Nicole Anterni

This year’s TouchTomorrow will be the first Anterni will attend (she had offered to volunteer last year and learned that the event already had more than enough volunteers (something she described as, “People really stepping up; it’s awesome.”), but it’s an experience she’s looking forward to.

“Looking at the website and social media accounts, I can really put together a picture of it, but I don’t think anything’s going to beat experiencing it in real life and seeing it all come together,” she says. “So many people work so hard to make this a special day for the community. It’s going to be great!”