Mixing is a ubiquitous phenomenon in everyday life, from making a cup of coffee to baking a birthday cake. Mixing takes place through a repeated process of stretching and folding, like kneading dough, as seen in this video. However, mixing fluids at microscopic scale, called micromixing, remains challenging because fluids at this scale behave as laminar flows, and laminar flows cannot stretch and fold fluids.

To address this challenge, Assistant Professor Kun-Ta Wu in the Department of Physics and his PhD student, Teagan Bate, led an international team to introduce “active” fluids that spontaneously form chaotic mixing flows into a microfluid system. Active fluid consumes local fuel to self-flow without the need for an external pump. Wu’s team reported in the journal Nature Communications that introducing active fluid to the microfluidic system reduces the mixing time of suspended components by a factor of about 20—from 24 hours to 1 hour. (See video at right.) Moreover, Wu’s team found that the mixing performance of the active fluid system is controlled by the ratio of convective transport rate to diffusive transport rate, called Péclet number.

Wu’s collaborators on the research include Michael Norton of the Rochester Institute of Technology and Chih-Che Chueh of the National Cheng-Kung University in Taiwan. In addition to experimental characterization, the researchers developed an active fluid model to describe the mixing dynamics of an active fluid system. (See video.)

The research reported in Nature Communications paves the path to the design of microfluidic devices that use active fluids to promote or optimize micromixing, which could enhance production efficiency in chemical and biological engineering and in pharmaceutical development. The work is presented on Wu’s YouTube channel.

The research was partly supported by a prestigious five-year CAREER Award that Wu received from the National Science Foundation in 2021 to characterize and model the mixing and vorticity dynamics of active fluid systems. 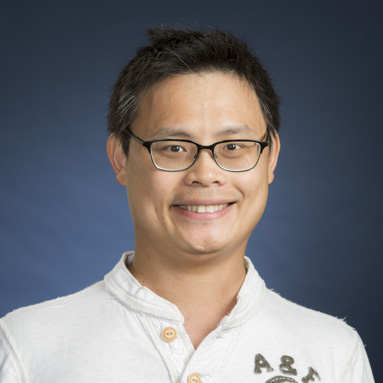 Kun-Ta Wu is an assistant professor of physics. Before joining WPI, he was a physics lecturer at Brandeis University, where he had previously been a postdoctoral associate. In his research, he investigates interactions among miscellaneous DNA and proteins. He uses proteins such as molecular motors to generate dynamics, as well as DNA to create specific, thermal-reversible interactions. With DNA and proteins, his goal is to advance our understanding of self-organization of active matter as well as to create new bio-inspired materials. He earned a PhD in physics at New York University.