With record snowfall blanketing Worcester, and more on the way, WPI students answered a call for help from city officials, taking shovels to snowbanks to uncover myriad fire hydrants that have been buried. 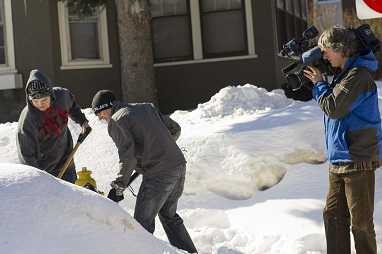 This afternoon Tau Kappa Epsilon brothers Steve Como and Alex Bell chopped away and cleared packed snow from hydrants on Wachusett and Salisbury streets, getting a visit from WBZ Channel 4 reporter Ken McLeod, who was in the city talking with officials on how to keep streets clear and residents safe.

Como said it became obvious that help is needed when he observed a fire truck attempting to negotiate the snow-narrowed streets.

“We were watching some fire trucks driving around and noticed that they weren’t able to make turns,” he said. “It’s important for them to be able to make corners, especially when they have a real emergency to get to, like a building if there’s a fire.”

“I am outside to help Worcester,” added Bell. I know it would make an emergency situation worse if they had to dig out the fire hydrants as well. It is a minor task that will help make someone else’s life easier if they need it.”

Christine Kobza, assistant director of student activities at WPI, said the university was contacted by Eric Batista at City Hall, who reached out to WPI yesterday to ask for help in keeping hydrants clear during the snow. 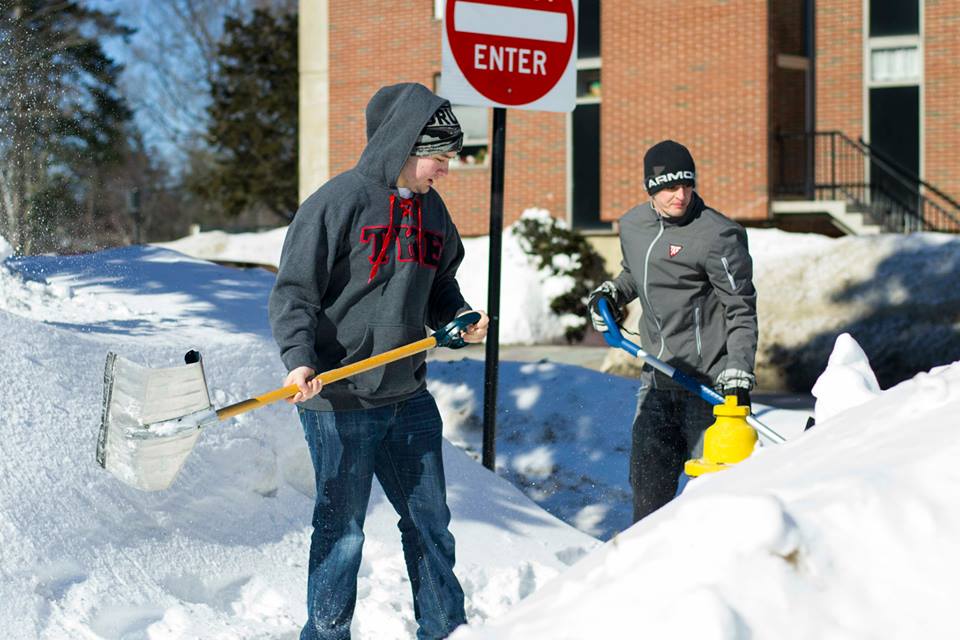 “We quickly put something together, inspired by the fact that this weekend is going to be Valentine’s Day,” she said. “It’s the Cupid Shovel Project, like the Cupid Shuffle, the famous line dance that typically occurs at parties.

“We did a shout-out to our fraternities, sororities, and organizations that have an interest in community service, and sent out the map letting them know where the fire hydrants are in their areas.