New affiliate of Association of Women in Science

If the RSVP numbers are any indication, the Worcester area is ready, willing, and able to embrace a local affiliate of the Association of Women in Science (AWIS). The new affiliate — the brainchild of Karen Oates, dean of arts and sciences — will hold a holiday networking event today (Dec. 15) from 4 to 6 p.m. at Higgins House. 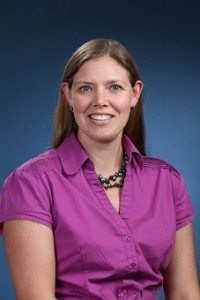 Natalie Farny, assistant professor of biology and biotechnology, and Tara Mann, director of operations for the arts and sciences, took the lead in forming the affiliate chapter. “It’s something we’re excited about and something we’ve been working on for a while,” Farny says. Noting there are about 60 RSVPs so far, “we have a good crowd coming from campus and the region.”

AWIS is based in Alexandria, Va. Founded in 1971, it’s the biggest organization in the U.S. for women in science, technology, engineering, and mathematics disciplines. The organization advocates for fair pay in STEM industries without discrimination, achievement of work-life integration, and advanced equitably for women. Its members represent more than 12 STEM fields.

Why was AWIS chosen for a local affiliation? Farny, who’s been an individual member since 2008, says the group is extremely well organized. However, the closest AWIS chapter in Massachusetts meets in Boston or Cambridge, which is not convenient for members of the STEM field in the central part of the state. “We asked, ‘Well, why can’t we start our own?’” And the response, she says, has been overwhelming. Farny and Mann plan for it to be an affiliate group for six months, at which time they can apply to be a full chapter, collect dues, and elect officers.

Transitioning from affiliate to full chapter will be a big step, says Farny. “People at the national chapter said the difference [between the two] is significant in terms of organization and commitment.” But one thing the affiliate chapter is not worried about is a lack of interest. “The response has been overwhelming” to the networking event, Farny says.

AWIS and the networking social are not only for STEM students. Farny says the invitation to get involved has been and will continue to be extended to local companies, corporations, and government officials. Other area schools are also on board: UMass Medical School in Worcester is interested in participating, she says, and representatives from Worcester Public Schools will be attending the social as well.

After more interactions with area STEM groups, the Worcester AWIS affiliate will develop its own goals, Farny says. It will also plan development workshops and mentoring events. Organizers are also looking at expanding outreach with a social media presence. One possible benefit of STEM entities banding together is potential collaborations on grants and awards, she says — an industry-plus for the whole region.

Farny says, “We hope to work together and see if we can achieve more.”