Networking in any profession is crucial – not only to connect peers within the same industries and with the same interests, but to spread knowledge and awareness about the newest achievements, advancements, and career opportunities in their respective disciplines. 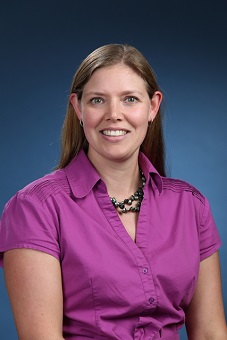 “I, personally, really underestimated the power of networking,” says Natalie Farny, an assistant teaching professor in biology and technology at WPI. One of the most critical aspects of the process, she says, is “meeting people who you didn’t even know whose help you needed. It will really come back to you later.”

To that end, last winter, WPI launched a Worcester affiliate group of the national Association for Women in Science (AWIS). Farny serves as chair for the group, which has since amassed a mailing list of 120 local female professionals, and has also hosted various events on different topics over the last 12 months.

The chapter will celebrate its anniversary with a holiday social from 4 to 6 p.m. today at Higgins House. The goal is to introduce the group, talk about its successes and goals, and solicit help from the larger community.

So far, “response has been great,” says Farny. “Attendance at events has been really strong.”

AWIS, a national organization that was founded in 1971 in Washington, D.C., supports and empowers the interests of women in science, technology, engineering, and mathematics (STEM) professions, including industry, government, and academia, among others.

The organization has a state-affiliated chapter in Boston, but female WPI faculty, under the direction of Peterson Family Dean of Arts and Sciences Karen Kashmanian Oates, launched in the hopes of having more local representation.

So far, the group has held career workshops based around work-life balance and leveraging STEM skills to manage personal issues, and has also offered webinars on topics such as gender bias in the STEM industries.

The group’s next event, “New Year, New Plan,” will be held from 4 to 6 p.m. On Jan. 20 in the Hagglund Room of the Rubin Campus Center. Farny will offer an informal presentation with Patricia Stapleton, director of WPI’s Society, Technology, and Policy Program and assistant teaching professor in social science and policy studies, on the importance of developing a five-year career plan.

Although so far many of the participants have been professional women from WPI and UMass, overall, Farny explains, “the target is not just academia, but professional women in science and engineering at all career stages. We’re hoping to include as many people as we can from the area.”

Looking ahead, one goal is to offer more scientifically focused events, such as a seminar series, symposiums, and data clubs—in addition to continuing with career development programming. Another goal is to ascend to the status of a full-fledged chapter, which would incorporate a charter, dues collection, and a more formal overall organization structure.

“For that we need a lot of help,” says Farny, stressing the importance of volunteers to take up leadership roles within the group. “There’s a lot of interest in it, but we just really need people to make it happen.”