Alexandra D’Ordine ’17 is an unabashed, self-described “Whovian”–that is, she “absolutely loves” the enduring television show “Doctor Who.”

On the air for more than five decades in numerous iterations, she acknowledges its “endearing cheesiness,” but also points out how universal and influential it is. 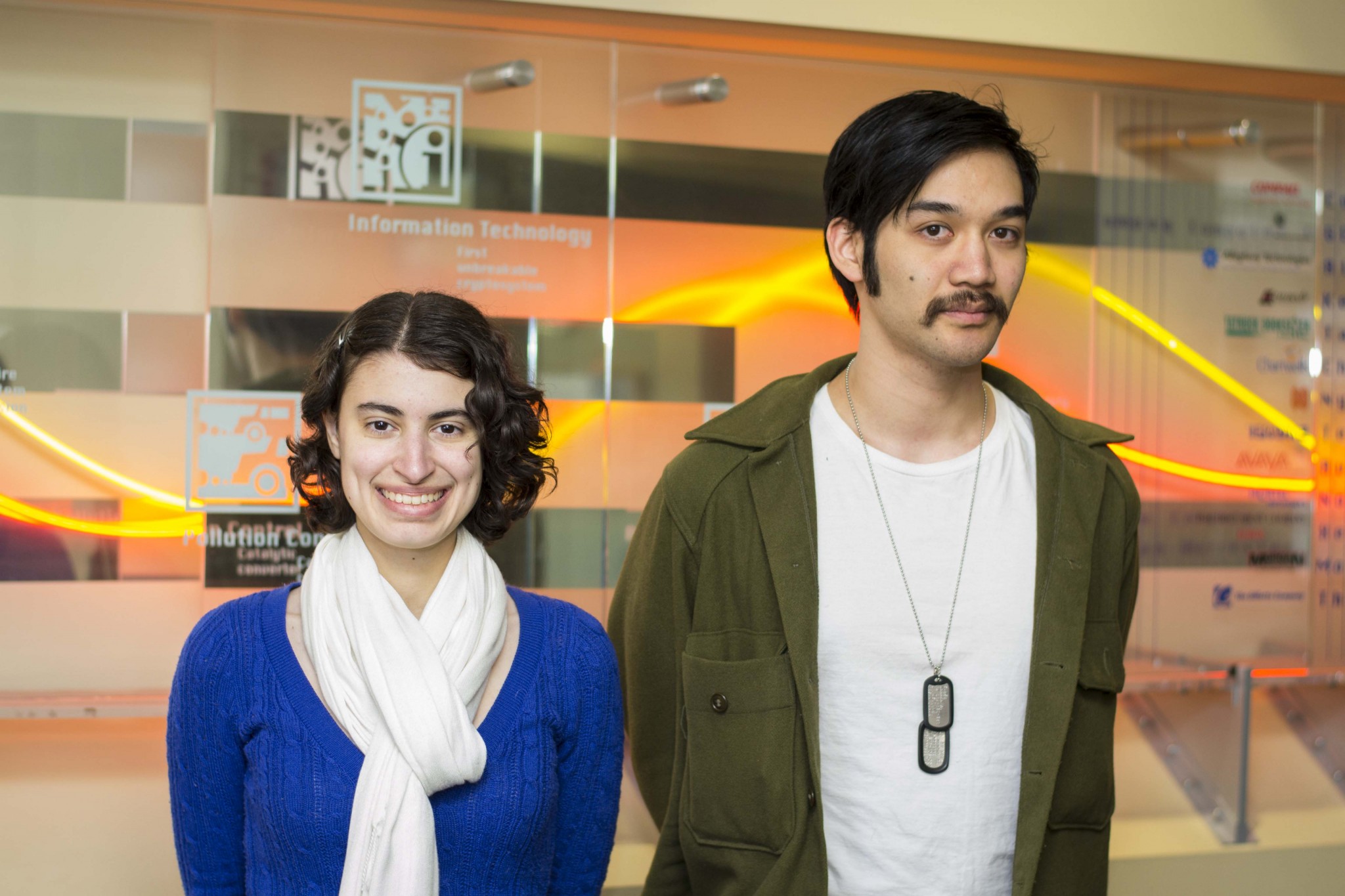 WPI students Alexandra D’Ordine ’17, and
Warren Singh ’17, are published in the
second edition of The Worcester Journal.

“The stories have a deeper meaning if you’re willing to look for it, yet it’s entertaining on the surface,” she says.

The 19-year-old biochemistry and professional writing major expounds on the show’s history, impact on popular culture, and universality at length in her well-researched article “The Doctor Is In” in the latest edition of the online literary magazine, The Worcester Journal. Launched in September by WPI instructor and prolific writer James Dempsey, it provides a showcase for budding young writers from greater Worcester.

"Really, what appealed to me was that it seemed like an outlet for writing that didn’t fit into what is usually accessible to students on campus." – Warren Singh ’17

Singh, a chemical engineering major, contributed two critical essays to the Journal–one a review of the complex and existential 2013 film Upstream Color, the other an analysis of James Stein’s The Right Decision, a self-help book of sorts based on decision theory.

“Really, what appealed to me was that it seemed like an outlet for writing that didn’t fit into what is usually accessible to students on campus,” Singh, who enjoys writing but acknowledges that he doesn’t always have the “focus or intellectual impetus” to sit down and do so, says of contributing to the Journal. “That is, it wasn’t campus newspaper writing, which didn’t interest me in the slightest—and it wasn’t classroom writing, which meant that I could think about things to write about and just go for them at my own pace.” 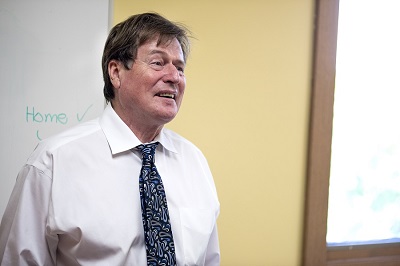 “I thought it was a good idea to represent college writers from Worcester in general, instead of one particular university,” she says.

With an emphasis on creative nonfiction, the magazine presents a menagerie of memoirs, poems, essays on history and pop culture, book and movie reviews, and photos and illustrations from local high school and college students.

In D’Ordine’s piece, she dissects the recent popularity of the reinvigorated “Doctor Who” franchise, which chronicles the exploits of a “Time Lord” and his living time machine, Time and Relative Dimension in Space (or, more popularly, T.A.R.D.I.S., housed in a telephone callbox).

“I enjoy writing because, even though I’m personally not a public speaker, I can organize my thoughts in writing and communicate with many others,” says D’Ordine, who plans to continue study of molecular biology and biochemistry in graduate school. “I want to use the writing skills I’m learning in conjunction with research to facilitate scientific communication among scientists and with the general public.”

Meanwhile, in his review of the high-concept, not-easily-defined “Upstream Color,” Singh describes the movie by Shane Carruth as “rife with alternative approaches to direction, narrative, writing, and sound,” and “definitely a film that is on the outer side of the artistic envelope.

His review of The Right Decision came about as part of a larger contemplative process. A bibliophile who describes bookstores as his “Kryptonite catnip,” Singh had been mulling the process of decision making, odds, and outcomes after reading a number of books and articles.

“The book was really fun and helpful in that it took techniques and analytical approaches from a quantitative field of study—game theory—and applied it to real life,” he explains, noting the commonalities of both, including incomplete information and nebulously defined probabilities. “It was fantastic to have this concrete methodology with which to approach making good decisions.”

However, he says, it was also a reality check, because in life, outcomes are uncertain, “correct” actions aren’t guaranteed to lead to good results, and good things can happen to bad people (and vice versa).

“A’s (and success) really aren’t awarded for effort,” says Singh. “But knowing how to make good decisions makes it much more comforting. You’re able to say to yourself, ‘even if things turned out badly, I did everything I could with what I had at the time.’”

Dempsey was integral to the pre-writing process, he says—a trusted mentor to bounce ideas off of.

D’Ordine, meanwhile, says that she applied feedback learned throughout Dempsey’s journalism class to her revision process. “By the end of the class I felt like I was on my way to developing a more journalistic voice to use in the future.”

A copy editor for The Towers, she says she generally likes to write about campus events, particularly those related to music. She also tutors at WPI’s Writing Center with a goal to “help others discover not only the practicality of writing, but how it can be a great way to find their voice,” she says. “Everyone has their own nuances and style.”