Professor Destin Heilman has always looked up: the Milky Way, the moon, the planets—the inherent beauty and wonders of the sky.

Still, eventually he wanted to see more, far beyond the objects that could be picked up by the naked eye.

So he began to tinker, first with a cell phone camera, then with a point-and-shoot, a digital single-lens reflex (DSLR) camera fitted to a telescope, and a dedicated scientific-grade astrophotography camera. And he began to capture amazing images: colorful nebula representing the birth and death of stars, near and distant galaxies, the vast nature of deep space. 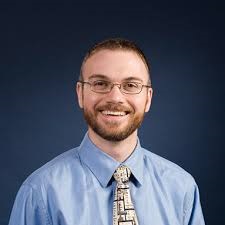 “The short of it was that I quickly became frustrated at the myriad things I simply couldn’t see,” says Heilman, an associate teaching professor in WPI’s Chemistry and Biochemistry Department. “I loved the idea of capturing an object on camera so that I could enjoy it later.”

And now others can, too: A selection of Heilman’s astrophotographs are on display in the Class of 1970 Café Gallery exhibit, “Catching the Light.” He will take part in an informal discussion about his work from 3 to 4 p.m. on Thursday at the café.

His intricate process of photographing objects in space involves two cameras and an automated mount and guiding system, which he houses in an observatory that he built in his backyard. The sub-exposures for each photograph are typically five to 20 minutes, and many of those are “stacked” to give total exposure times that range from six to 20 hours for a given target, he says. Processing involves digitally calibrating and stacking images together. Calibration boosts and separates signal from noise, he explains. Then, images taken of the same target at different wavelengths of light are composited together to give a color image.

“It’s suppressing the noise and drawing a signal out, figuring out ways to boost color and brightness and retain detail,” he says. “It’s probably been the biggest learning curve.”

And how does he determine which objects will get their close-up? It’s all dependent on what time of year it is, Heilman says, as our galaxy is “very pretty, uniform, nice and flat,” a quality that awards a level of seasonality to what is seen in the sky. 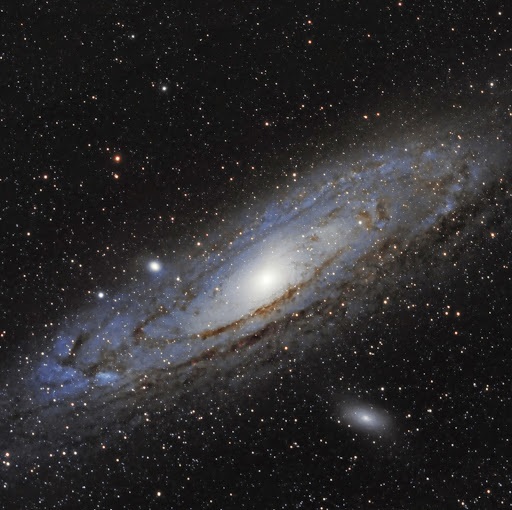 One of Heilman's photos on display.

For instance, in the summer, the Milky Way is directly overhead, whereas the spring is “galaxy season.” He calls himself more of a “nebula person,” but says he has begun to photograph the Triangulum Galaxy (roughly three million light years away), and has a goal to set his sights on targets within the Sagittarius constellation.

“They’re dimmer, smaller—it takes a completely different process to capture galaxies as it does nebulae,” he points out. “There are a lot of targets I’d love to go after.”

Heilman is used to a challenge: In addition to his astrophotography pastime, he plays the piano, and dabbles in woodworking, clock making, and mountain climbing. But when it comes to space and space exploration, he has always been “utterly captivated,” an avid watcher of sci-fi shows and movies, and always following developments in physics, astronomy, and chemistry that help humans “understand the fabric of the universe.”

“This photography, in a way, is my own personal exploration of the universe,” he says. “I can go where I want, when I want, and I don’t need rockets and space suits to get there.”

Ultimately, his prime focus (no pun intended) of doing the exhibit is to help foster a love of astronomy in others. For a technology-focused university, he notes, there really isn’t much of an astronomy presence on campus at WPI.

“It’s just to get people looking up, and thinking about all the different things that are up there that they generally don’t think about,” says Heilman. “I want to do what really great space photos do for people: inspire.”