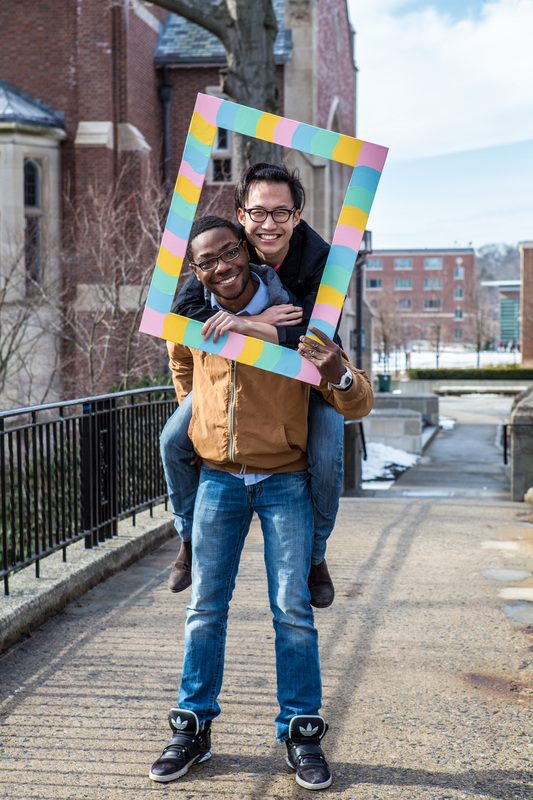 With infectious enthusiasm, Kevin Kai Wing Yiu, a senior chemical engineering major, is taking a unique approach to helping everyone recognize their own beauty.

“I have always had a burning need to have people live to their fullest potential,” says Yiu. “I want them to be comfortable in their own skin and accept their own beauty. I’ve wanted to do this my whole life.”

Yiu’s newest venture, the Inner Beauty Project, is changing the way people see themselves. With the gentlest of approaches, Yiu and his crew of photographers and assistants are having “photo shoots” on campus to get people to see themselves in a more forgiving way. 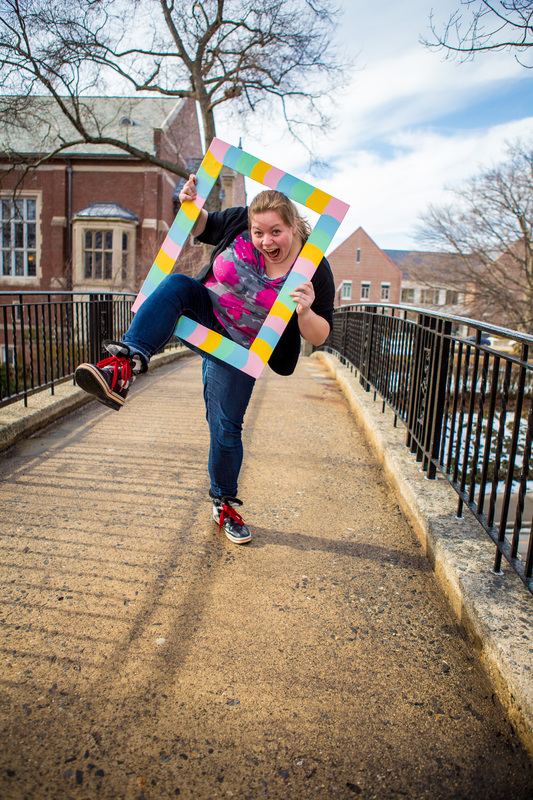 “We are taking pictures of people of all talents, body shapes, colors, and sexual orientation,” says Yiu. Reactions to the project, which kicked into high gear at the beginning of C-Term, have been mixed, he says. “Some people are very excited, but there are some who are so uncomfortable with the idea that they decline.” Women are the more enthusiastic gender, while the guys try to avoid the camera—responses Yiu had anticipated.

“So many women don’t like their features or their body shape,” he says, “and the photos give them a sense of comfort and a sense of being something very special.” Yiu says he can’t believe the images presented as beautiful in fashion magazines and finds it disheartening that people try to live up to an airbrushed ideal. The men, who feel social pressure to be more masculine, might feel that the project leaves them in a vulnerable spot, says Yiu. 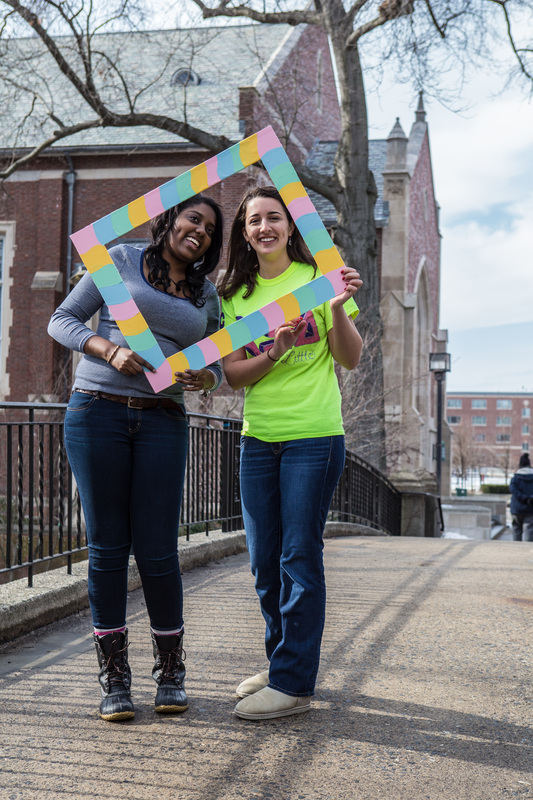 The pictures let a subject’s personality shine through. “It’s catching that person, just for a moment, where they have forgotten they are having their picture taken,” says graduate student Donal Boyd, a project photographer. “It’s catching that essence of their true beauty. We show it through these photographs.”

Yiu says his burning desire to make everyone feel appreciated, special, and, therefore, beautiful, blossomed at an early age. Born in this country but raised in Hong Kong, Yiu returned to the U.S. as a high school junior. As a gay teen from a foreign land, Yiu recalls the transition as tough. “I don’t want other people to feel that way, the way I did,” he says. “I want to empower them. When I conquered my past, I had a burst of inspiration. I live to my full potential and I want others to feel that way.” 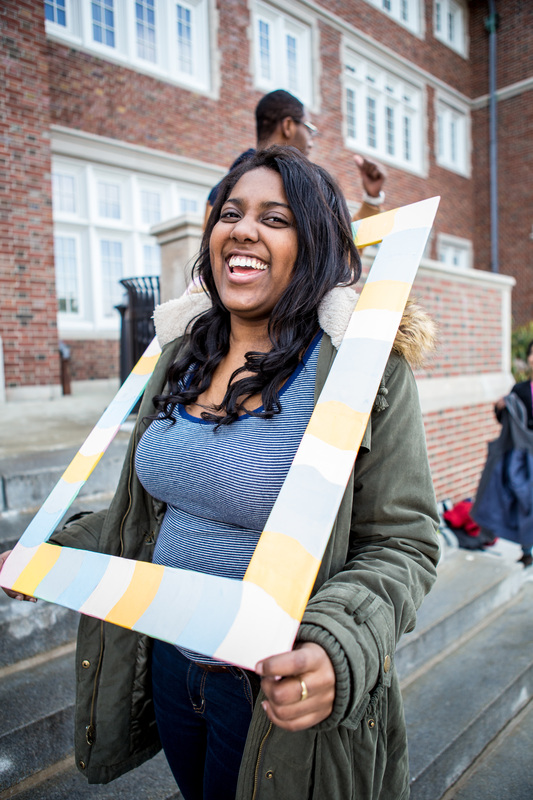 Friend and project colleague Jessica Caccioppoli ’16 says Yiu is the perfect person to spearhead something like this. “He loves life,” she says. “He loves making people realize they are beautiful. He doesn’t care what others think of him, and I love to see him be himself.”

The Inner Beauty Project tackles tough stereotypes. Caccioppoli says the airbrushed and computer-generated magazine images are simply unattainable. “Girls don’t think of themselves as beautiful and this is a good way to boost the self-esteem of everyone in general.” Tatiana Loureiro, who designed the posters and painted the frame many students hold for a photo,, says self-acceptance is freeing. “Go out there and show what’s best,” she says. “Others will say, ‘If this person is accepting himself or herself, why am I not?’” 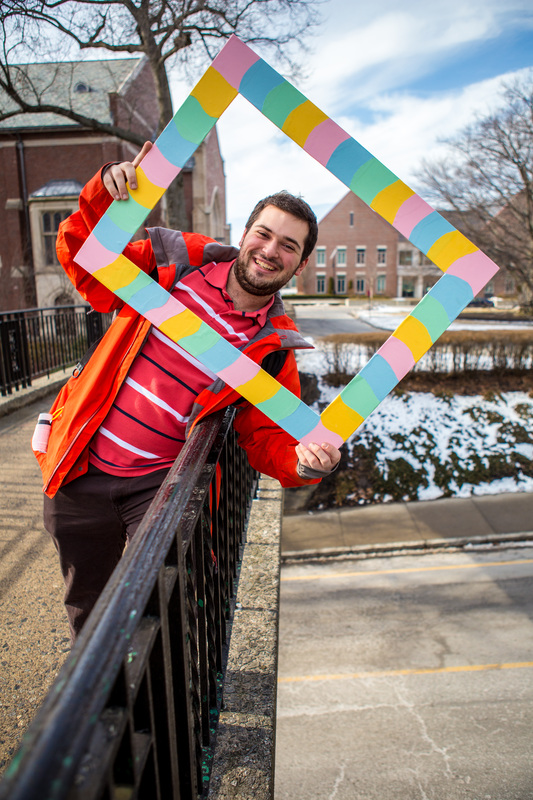 The photos are now being posted on the website or on Inner Beauty Project’s Facebook page. Eventually, Yiu wants the whole campus involved and he would like to publish the photos in a book, so the Inner Beauty Project could be viewed beyond the WPI community. He plans to transfer the project’s reins to others so it continues after he graduates.

After a long process, Yiu says he can finally say, “I’m beautiful and I don’t have to hide who I am.” To empower others to say the same about themselves and really mean it is his mission.