You probably hear the Alden chimes at least several times a week as the familiar bells ring out the hours of the day or provide some background music at noon and at 5 p.m. from the speakers at the top of Alden Memorial. 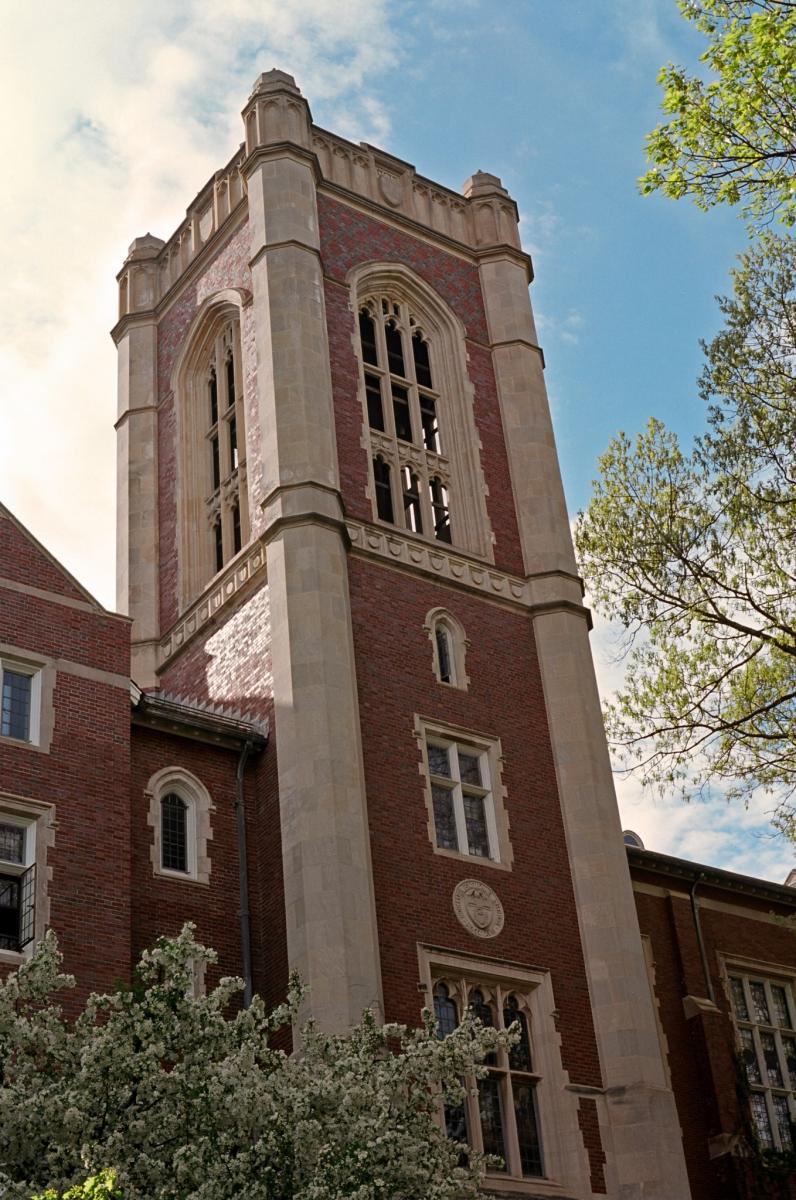 While you’re enjoying those 10 minutes of random music, do you ever wonder how it came to be?

According to Steve Hemming, manager of campus media services, the music is a gift from the Class of 1944, made during its 40th reunion. “There’s been something playing since 1984, every single day,” says Hemming. With the myriad gifts bestowed by classes throughout the years, Hemming says no one can deny the usefulness of this particular one.

The music comes from Maas-Rowe Carillons, which allows Hemming to program the hourly clock chimes and to play music from a library comprising about 10 compact discs, he says. The music is mostly from the 1980s and consists of standard tunes or show tunes. “They are old Broadway standards for the most part,” he says, but Hemming can play some traditional and beloved tunes like the national anthem and WPI’s Alma Mater.

According to Kathy Vignaly ’84, the Student Alumni Society worked with other campus groups to replace an old manual carillon that existed on campus for decades. The society was looking to bring back traditions on campus, and the carillon provided a source of school identity, she says. “We were very excited to bring back many traditions,” Vignaly says. “It was an opportunity to bring back something that was part of WPI and would touch the whole campus.”

To herald the new addition, the society even tucked an announcement into all student mailboxes. “You get used to it but [the music] becomes a tradition and a nice reminder of your time here.”

California-based Maas-Rowe Carillons has produced carillons, church bells, chimes, and tower clocks since 1922. The carillon uses miniature-scale metal bells for the hourly clock strikes and the sound is then amplified with special speakers. They can be found on college campuses, houses of worship, and in other locations worldwide. Some are played manually while others are electronic.

Some students, faculty, staff, and visitors might hear the music drifting through the air so often it fades into the background for them, but others use it to help them judge when they need to hustle to class, says Hemming. A now-retired professor used to call if he didn’t hear the chimes ringing at their familiar and expected times.

The music rarely changes, but Hemming says there are a few exceptions. On Founders Day every year, the Alma Mater is played several times throughout the day. Hemming is cautious about disturbing the neighborhood, so the chimes don’t ring in the middle of the night. 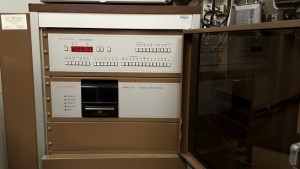 The carillon is an excellent accompaniment for celebrations. Every year after both Baccalaureate and Commencement ceremonies are finished, the carilllon plays about an hour of background music and the hourly chimes are halted during those times. To avoid a sound mishap (like having the music start during the ceremony because Commencement runs long), Hemming waits until the timing is right before he manually starts the music playing.

And in this digital age, what’s up with the CDs? Hemming says while there are plenty of digital options available, the current system works and does its daily job. And it’s pretty reliable. “We’ve had to repair the Carillion once or twice and we may have to replace it someday,” he says. “The next time it breaks down, we will likely explore installing a digital version, rather than try to fix the current Carillion again.”

Hemming admits that he still references the manual when he’s changing music or during the special occasions when there’s specific music to play.

For all Hemming’s duties, he enjoys the atmosphere the carillon brings to campus. “I think it’s a nice touch,” he says.