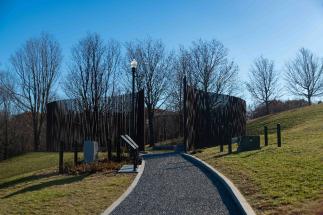 On Nov, 11th, 2020 the City of Worcester celebrated Veterans Day with the dedication of a new World War I Memorial. The structure in Green Hill Park honors the more than 300 men and women from Worcester who died in the Great War. The new memorial was designed by Steven Van Dessel, associate professor civil and environmental engineering and director of the architectural engineering program. The dedication was featured in the Telegram & Gazette. 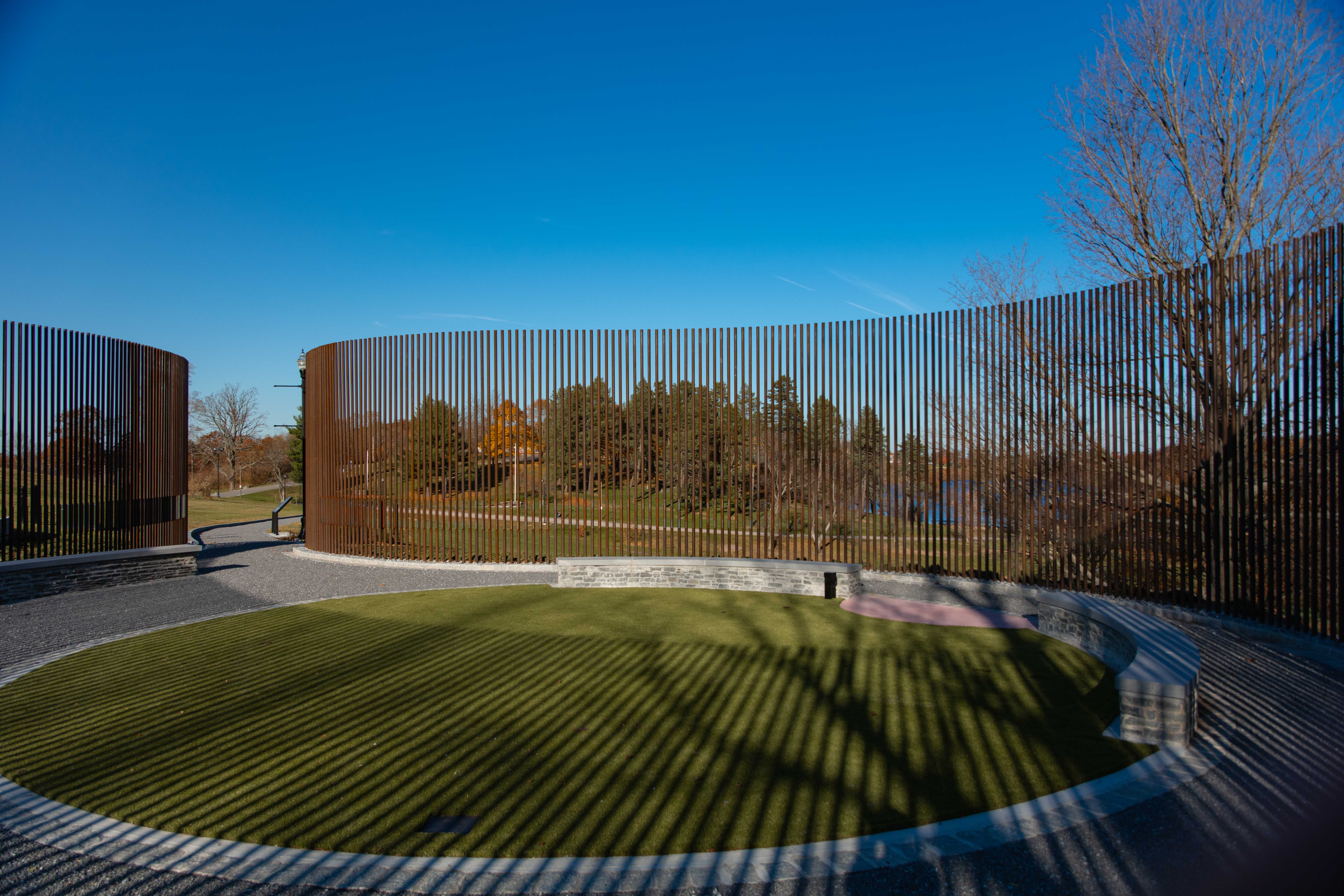 In 1928 the city of Worcester dedicated “Memorial Grove” in Green Hill Park to commemorate the victims of the war. The grove consisted of over 350 trees planted in a grid like fashion on the uppermost slope of the park, each tree representing one of the citizens that has died during the war. The grove also included a circular meeting area consisting of a fieldstone wall. Over the years, the memorial grove had fallen in disrepair with many of the trees and other elements of the memorial disappearing or in serious decay. The city was committed to reestablish the memorial in preparation of the centennial of the end of WW1.

The new memorial site was designed surrounding the existing circular gathering place and fieldstone wall. The new memorial is composed of over 400 solid metal posts made from weathering steel that stand 20 feet tall – each representing one of the victims coming from Worcester. The posts stand together in an embracing formation, and collectively provide a place for contemplation and enjoyment of the elevated view. As part of the redesign – a new pathway and entry was also created from the park’s central access road. The opposing placement of memorial posts creates an optical illusion of movement when viewed from a distance – which is designed to draw park visitors towards the memorial when passing the road. 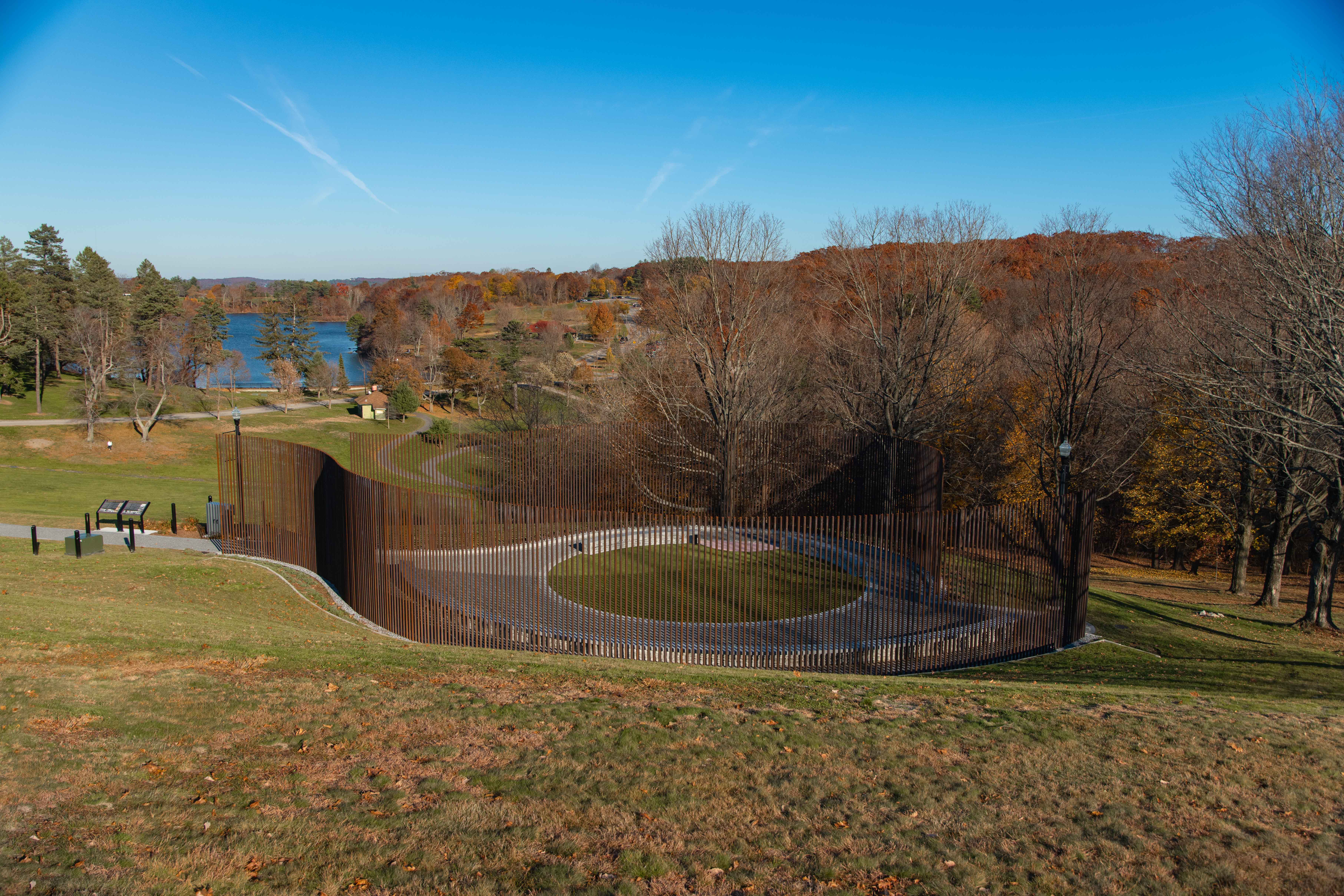