There’s no such thing as a typical day in the life of facilities and equipment manager Shawn McAvey. When we tried to find him to conduct this interview, he wasn’t in his office or on the field—he was snaking between basketball practices and gym classes, helping make repairs to the audio system in Harrington Auditorium.

Every aspect of WPI Athletics, from the freshly pressed uniforms to impeccably kept equipment, wouldn’t happen without him and his team. 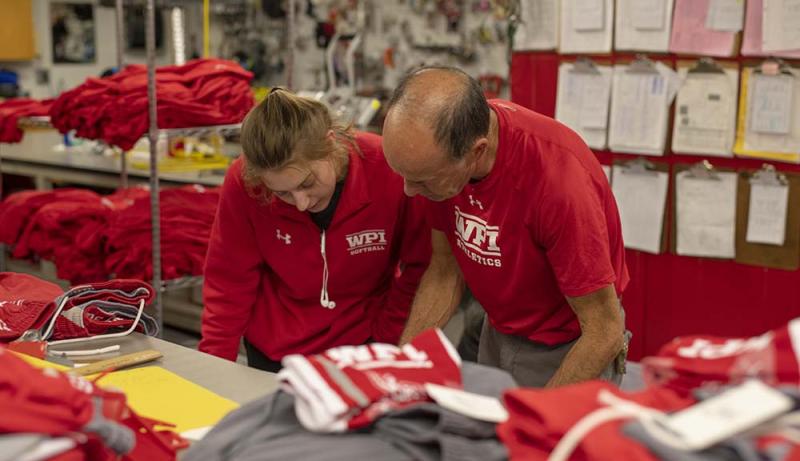 Student athletes never have to worry about forgetting a piece of their uniforms—McAvey and his student workers have got them covered.

When asked what his job entails, McAvey laughs and gestures from the balcony to the gym floor below. “It’s a little bit of everything,” he says, and that’s putting it mildly.

Setting the Stage (or field, or court…)

The elevator pitch of McAvey’s job is to support the varsity athletes and teams, whether that’s with their uniforms and related equipment or setting up and breaking down games. His role also includes anything involving spectator enjoyment. The breadth of what McAvey and his team are responsible for might come as a surprise to some, but one of the most surprising things is a fact he readily admits:

He’s never played a sport in his life.

“I first got this job because I know how to do laundry and take care of a pool,” he says with a laugh. “All the additional work I do now has just evolved from there.”

“It’s the variety,” he says of what he enjoys most about his work. “Different teams, different sports, different players. I’m not tied to my desk or to the same task month after month. I also like the hands-on aspect of it all.”

There’s no question that the labs and classrooms are busy on campus, but another area that sees just as much traffic is the equipment room. All day, at least four different things are going on at one time, from uniform organization and laundry, to equipment repairs and checkout. Student athletes filter in and out to grab their uniforms, ask questions, or just say hello, and McAvey offers an easy greeting to each one.

Although he didn’t play sports before arriving at WPI, about 20 years ago McAvey joined up with the running group made up of faculty and staff on campus known as the Footpounders. The group has been in existence since the 70s, is still coached by Brian Savilonis, and has given McAvey a glimpse into the dedication of the student athletes he works with.

“When I started to train as a runner and participate in races, it gave me a better understanding of what it takes to be an athlete, and with that, a greater appreciation of the level of commitment that our athletes bring to their sports here at WPI.” -Shawn McAvey

“When I started to train as a runner and participate in races, it gave me a better understanding of what it takes to be an athlete, and with that, a greater appreciation of the level of commitment that our athletes bring to their sports here at WPI.

“I learned that at this level [Division III], you’re not playing for money; you’re in it for the love of the game and to be a part of something,” he says, adding how impressed he is by the students and their dedication to the game while balancing academics, their social lives, and other commitments. “I have a lot of respect and a great appreciation for our student athletes.”

In addition to being a fixture of all things athletics at WPI, McAvey also spent a significant amount of time helping his family run their own business, the Worcester staple Mrs. Mack’s Bakery, until it closed its doors earlier this year after being open for nearly 90 years. He’s no stranger to family businesses, and working at WPI, especially for so long, has echoes of a familial environment, as well.

“WPI’s like a small city unto itself,” he says, explaining that, when he’s on campus, he likes to be able to pick up the phone and know who he’s talking to on the other line. “It’s like having an extended family. If you don’t know someone, they know someone.”

(Also, in case you were wondering, McAvey’s favorite baked good from his family’s shop? “Oh, the brownies. Definitely the brownies.”)

The Game Must Go On 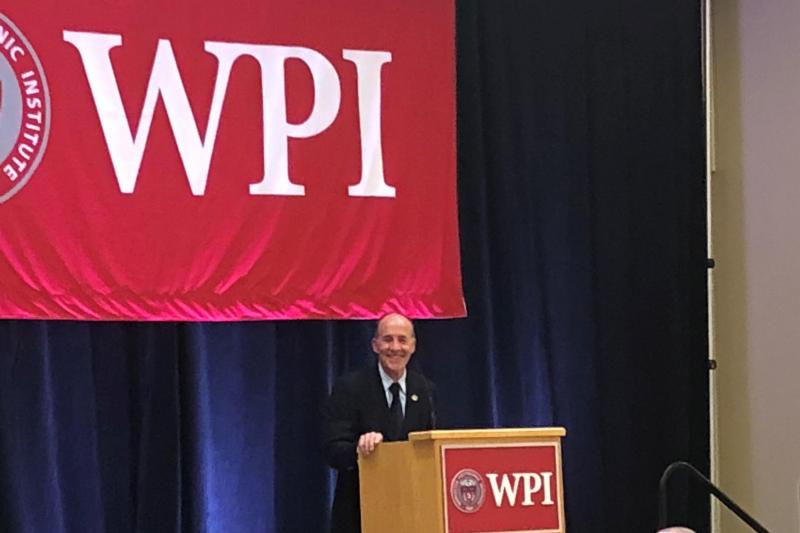 McAvey receiving his award during the 2018
Athletics Homecoming banquet.

At the 2018 Athletics Homecoming banquet, McAvey was the recipient of the Frank C. Harrington Award, which recognizes those who have been significant contributors to the WPI Athletics program and the quality experiences of WPI’s student athletes.

While McAvey says that it was nice to be recognized, he’s also quick to add that he’s just doing his job.

“I’m old school,” he explains. “For me, I don’t mind what has to be done. I’m here to do a job, and the job calls me in different directions. When we have a home contest, the ‘show’ must go on. I appreciate getting this recognition. I was happy to know that people do notice, that over the years I’ve done my job, and maybe a little bit more sometimes.”

This article is part of the Daily Herd's Community Spotlight series, highlighting different members of the WPI community and their invaluable work across campus. To nominate a staff member for this series, email dailyherd@wpi.edu. 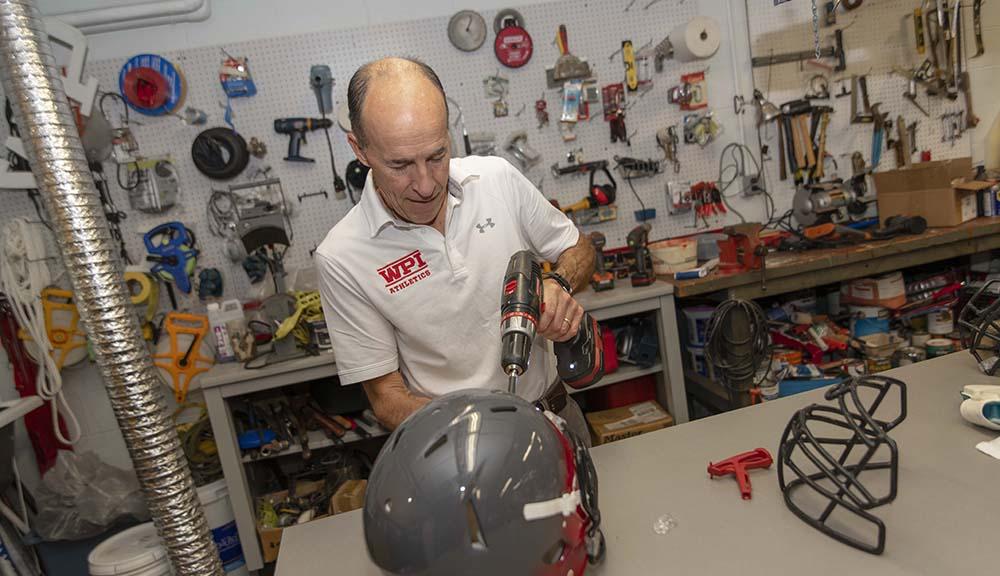 The back of the equipment room includes a workshop where McAvey can make repairs to equipment. 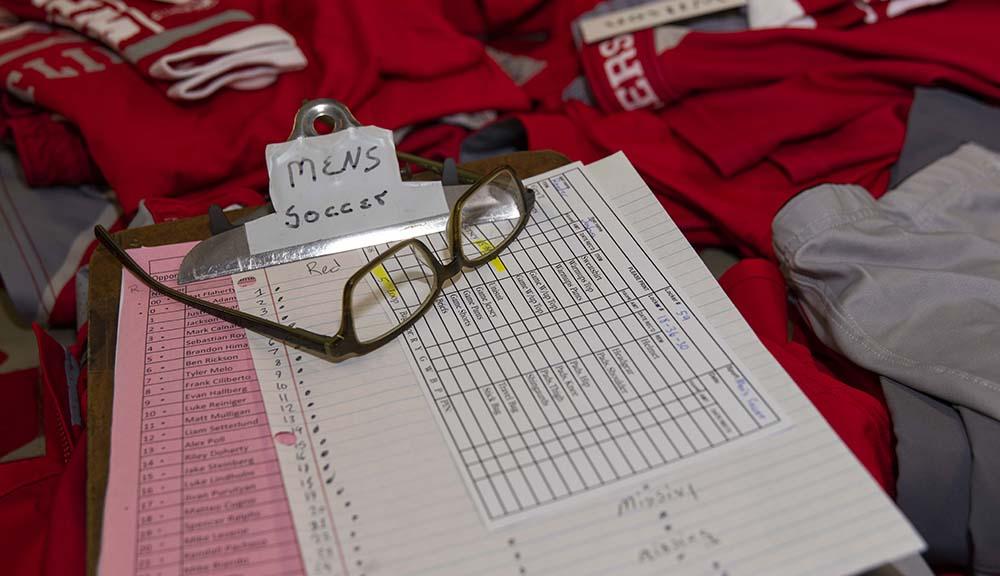 Each of WPI's varsity teams have all they need to perform at their best, thanks to McAvey and his team. 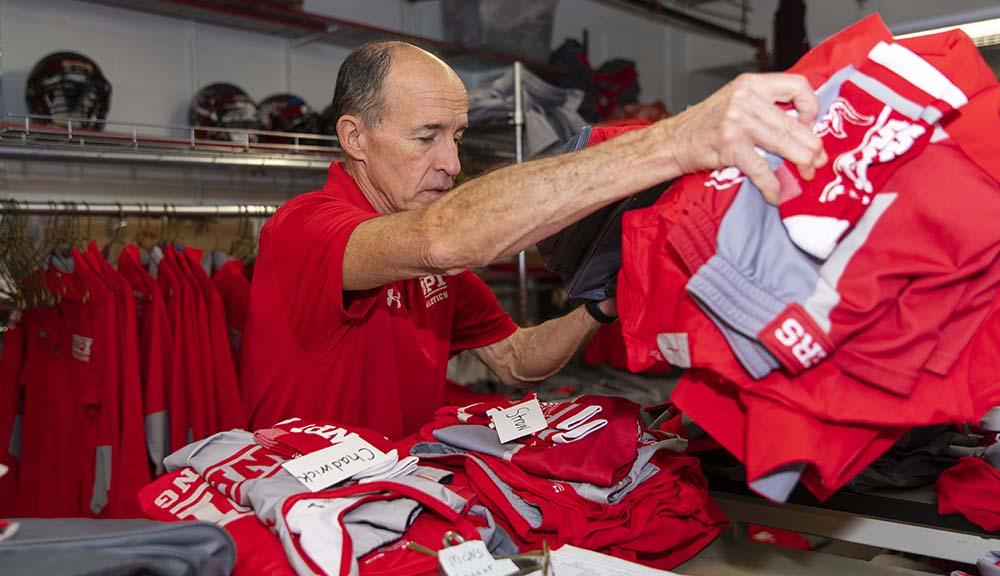 McAvey gathers the pieces of each athlete's uniform to ensure they'll have all they need for game day. 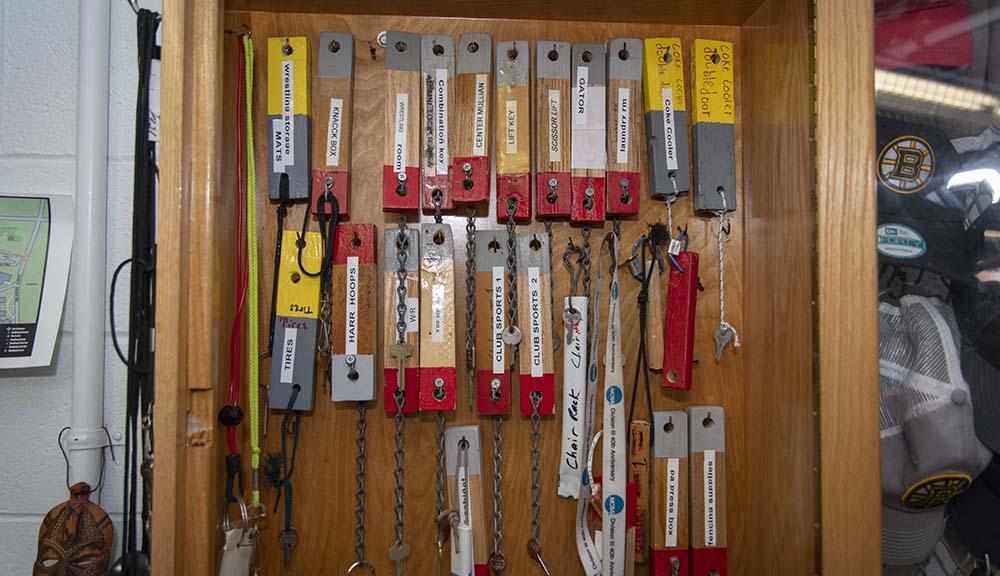 Looking for a key to something in the Sports & Rec Center? Chances are McAvey can help you out. 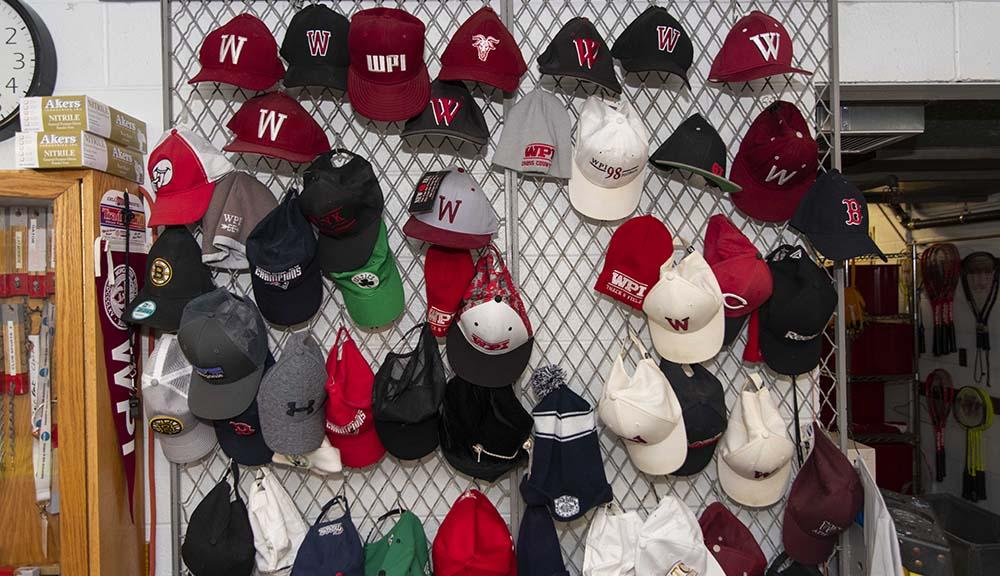 (The same goes for hats.) 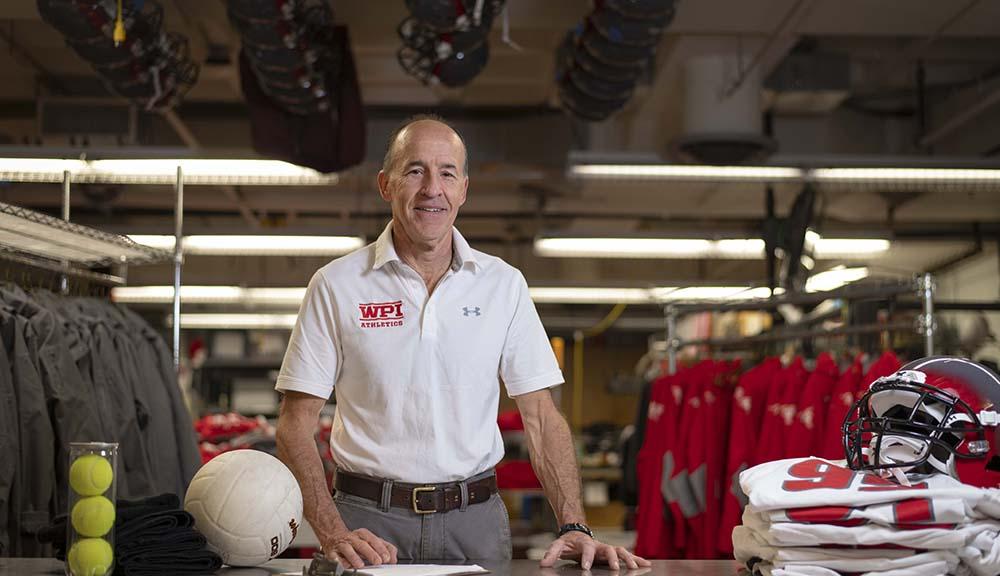 It's all just a snapshot of another day in the life of equipment and facilities manager, Shawn McAvey.