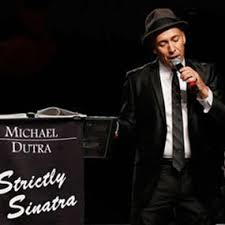 Music lovers get a double dose of great listening this week when WPI’s Summer Breeze Concert Series features two shows. Held from noon to 1 p.m. on the Burt Terrace behind the Rubin Campus Center, the Wednesday and Thursday lunchtime concerts feature two of summertime’s sublime pleasures—listening to music in the open air and free dessert to enjoy, too.

On Wednesday, July 16, acoustic folk rock performer Dave Binder brings his always-popular show back to campus. Long a familiar face at Summer Breeze concerts, Binder presents a mix of music with wide-ranging appeal.  Known for his James Taylor tribute shows, Binder’s song list includes his own original songs as well as a mix of covers—everything from Jimmy Buffet to Robert Palmer to Bob Seeger to the Beach Boys.

Beloved on college campuses nationwide, Binder, who says he started playing guitar at 7 years of age and began writing songs when he was just 10, launched his career in 1979. And having played shows at WPI since the 1980s, Binder says his summer concert at WPI is an annual tradition.

.On Thursday, July 17, Michael Dutra brings his “Strictly Sinatra Show” to add a new sound to the lunchtime hour. Dutra’s show, which he has performed across the country since 2002, is a classic tribute to Frank Sinatra. This is his first appearance at WPI. Dutra, who also shares Sinatra’s Dec. 12 birthday and performs in a Sinatra-inspired classic outfit, says his performances are always about lifting the energy of the audience.

Dutra, who performs 275 days a year, says Sinatra’s appeal spans generations—from the older crowd who like the “good old days” sound to the high school and college kids who are just catching on to Sinatra’s style. “You can understand every word,” he says of the music. “When you can hear every word and understand what the singer is saying it makes a difference.”

Since 2001 the Summer Breeze Concert Series, sponsored by the Campus Center and the Student Activities Department, has offered a weekly summer  reprieve for the WPI community. Held outside on the Rubin Campus Center patio (or inside on the stage in rainy or very hot weather conditions), the concerts are held every Wednesday this summer (with a couple of bonus Thursday performances as well) until the last concert on Aug. 28. Performers cover a range of genres, from fun-in-the-sun tropical beats to soft jazz or bluegrass. Some concerts even feature faculty or staff who play music on the side or are professional musicians.

“We have had a little bit of everything,” says Jim McLaughlin, assistant dean of student programs and director of the Rubin Campus Center. “We try to have a wide variety of musical genres and styles to appeal to everyone.” The concerts, he says, help the Campus Center and the Student Activities Department continue their mission to create a sense of community among the people who work and study at WPI. Different musicians and groups are added every year to bring in variety and to keep the lineup fresh. But McLaughlin enjoys finding new acts, either through suggestions or though his own travels, as well as bringing back the perennial favorites.

“They enjoy their lunch, enjoy some conversation, and listen to the music. It’s a nice break at lunchtime, and we have really talented musicians.”