The Worcester Symphonic Project, a consortium orchestra, brings amateur and professional musicians of all ages together on one stage. Now in its third season, it is the brainchild of violist and violinist Peter Sulski, the artistic director for the Worcester Chamber Music Society. Last season Music Worcester, with executive director Adrien C. Finlay, provided administrative support in presenting this community project at Mechanics Hall. 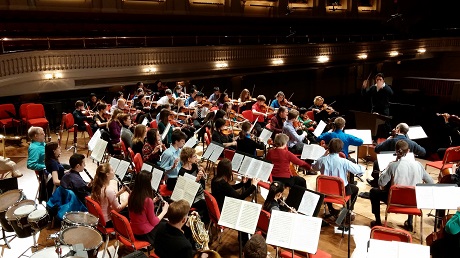 “This project will bring a diverse community of musicians together to perform a symphonic work on the stage at Mechanics Hall, something very special indeed,” says Midge Hamilton of Music Worcester. “Rehearsals started months ago and are held in Brooks Hall, Holy Cross. Eric Culver, director of the Holy Cross Chamber Orchestra, has worked with students at the rehearsals. Peter Sulski and other professional musicians also coach this group.”

Soto, a native of Venezuela and active with the El Sistema program there, which also brings together musicians from different backgrounds, will conduct the Haydn Symphony. The WPI Orchestra will perform the Saint-Saëns Symphony No. 3 in C minor, popularly known as the Organ Symphony. William Ness is the organist.

Who: Musicians from WPI, College of the Holy Cross, Assumption, Clark University, and Worcester State University.

In November the WPI Orchestra and Brass Ensemble, with Ness as special guest, performed the Saint-Saëns at the First Baptist Church in Worcester. It is the third and last of the composer Camille Saint-Saëns’ symphonies and his most demanding. WPI professor Douglas Weeks notes that the work is usually reserved for professionals. “We have been planning to present this work for more than two years,” he says. “It calls for a large orchestra and an excellent orchestra. It is musically challenging, meaning a lot of rehearsal time and preparation for the students.” 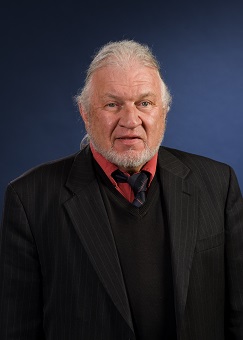 Weeks says the WPI students have met the challenge, but given the many snowstorms, this time around rehearsal scheduling was problematic. So it is fortuitous that the group had recently staged the work. Currently the minister of music and arts at First Baptist, Ness has performed with a variety of WPI ensembles in a host of concerts. It should be noted that he has played the famous Hook organ at Mechanics Hall numerous times.

Eric Culver, director of the Holy Cross Chamber Orchestra, will conduct the Mozart Symphony. “We make sure that our musicians are each sitting with younger players for this event as mentors,” he says. “It is a really good way to meet and collaborate with both college and pre-college musicians, as the opportunity doesn’t arise that often.”

Culver, who has also worked with Sulski at the Al Kamandjati summer music camp and the Winter Baroque Festival in the Palestinian West Bank, notes that in the not too distant past there was “a Consortium Orchestra, a combination of college students from across Worcester. At one point the conductor died, and the entire music library ended up at Clark, but has disappeared. Worcester has no orchestra.”

Speaking of the opportunity to perform at Mechanics Hall, Culver asks, “How many cities even our size—Providence, Springfield, Bridgeport, New Haven—can boast of one of the best concert venues on the East Coast? To give these kids the chance to work in that acoustic environment really inspires in the same way that Jordan Hall does in Boston. We need to supercharge our own musical scene.

“Putting kids in an environment where they sound good, where they’re taken seriously and treated as collaborators by their coaches, where there is a celebratory feeling in the elegance and history of the building….They need to come away from this experience owning Mozart, Haydn [and Saint-Saëns], owning Mechanics Hall, and owning their place in our society.”