Terletskyy’s team won for its game Wooplex, based on a beloved Ukrainian cartoon character. The team also won in the Indie Beta/Near Release category.

“For IMGD in general and for [Oles’s team] in particular, this is a big feather in their caps,” says IMGD director Rob Lindeman. “The highest validation [for game developers] is validation from your peers, so any sort of good showing is a good thing. To place first is really, really good,” Lindeman adds, noting that this kind of recognition is key for landing jobs or funding.

“Competitions are great, no matter if you lose or win them,” says Terletskyy. “They give you another deadline and force you to keep doing what you are doing.”

“It shows great growth and maturity for our students to produce such a high level of quality.” – IMGD director Rob Lindeman

Participating in the MassDigI Challenge was particularly useful, he says, because industry mentors played the game and provided support and feedback during the competition.

Terletskyy, a Fulbright Fellow from Lviv, Ukraine, has been working on the game with his father, Ihor Terletskyy, an artist, and Ostap Hrytsyshyn, a student at Ivan Franko National University of Lviv, for a year and a half.

Another WPI IMGD team, Studio REKS, won in the Serious Game Alpha/Concept Category for The Ecokids and the Paper Pests. Undergraduates Pat Roughan, Evan Polekoff, Sam Kodzis, and Kiara Vincent developed the game, which teaches the basics of biodiversity by challenging players to strategically preserve as much of an ecosystem’s biodiversity as possible after an invasive species is set loose.

The wins at MassDigI are “a really nice sign of how we’re doing at IMGD,” says Lindeman. “It shows great growth and maturity for our students to produce such a high level of quality.”

The MassDiGI Game Challenge helps indie, start-up, and student game development entrepreneurs hone their ideas and products for launch. This year more than 30 teams consisting of indie game developers and students from around the U.S. competed at the Microsoft New England Research and Development (NERD) Center in Kendall Square, according to the organization’s press release. The annual event is a key showcase for the growing video game development cluster in the region. A collection of game industry veterans served as speakers, mentors, and judges during the pitch competition.

As a grand prize and category winner, the Wooplex team receives $2,250, a legal services package from Greenberg Traurig, customized mentoring and public relations/marketing packages, computer hardware, and a coveted slot at MassDiGI’s PAX East demo table in Boston next month. PAX East and PAX West (Seattle) are the two largest gaming events in North America, according to the PAX website. WPI’s IMGD will also have a booth at the Boston event. 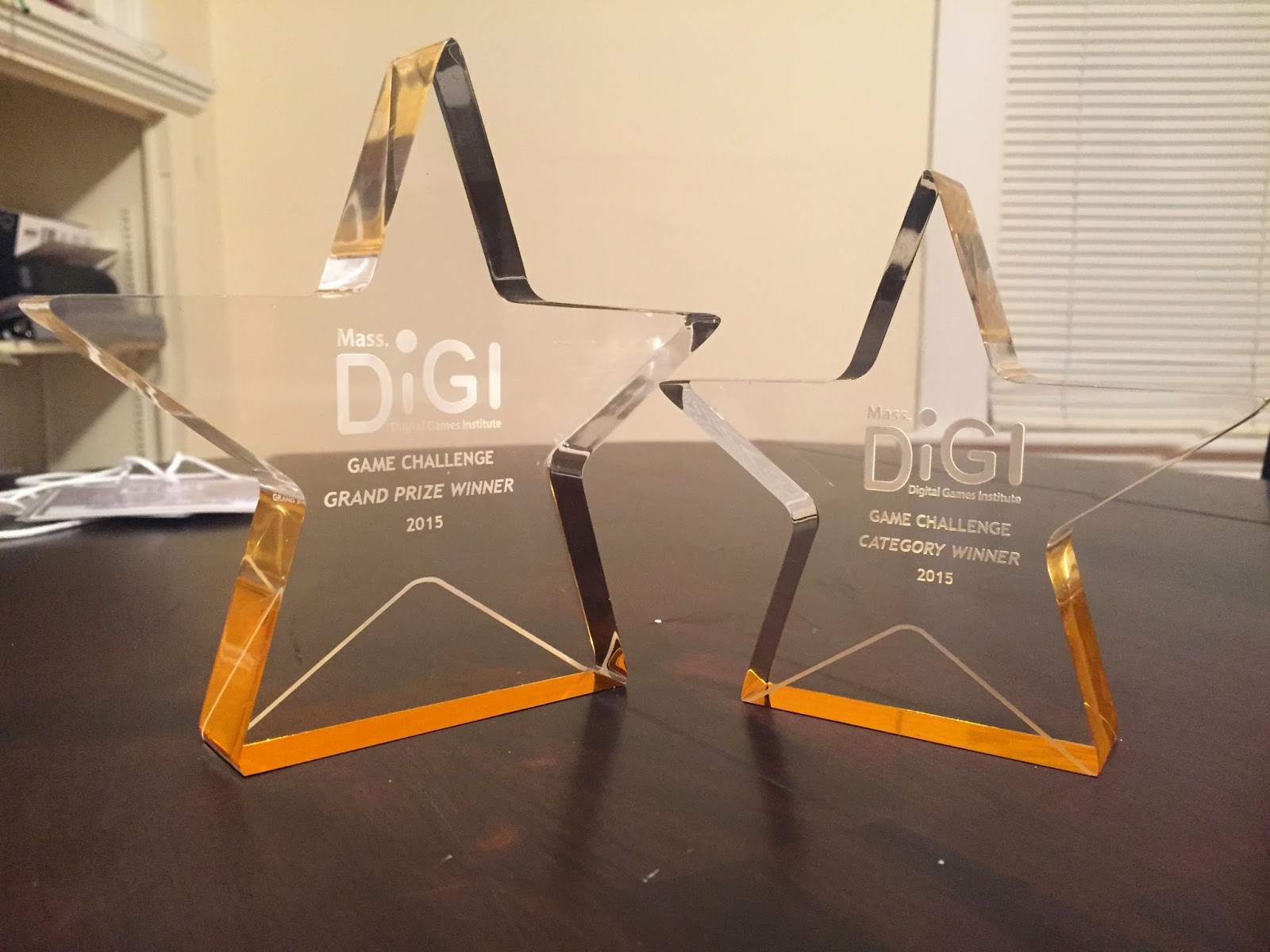 “Having demo space at PAX East is another motivation to improve the game and show it to people,” says Terletskyy. “We have an idea we want to share and we are doing our best for people to understand our vision. Wooplex is more than a simple platformer, and that is what we think makes this game special.”

Terletskyy says coming to the U.S., and particularly to WPI, has made it possible for him to turn his passion for game development into a career. “I’ve been playing games since I was six. However, I could only dream of game development becoming my career because no one was taking it seriously in my country. Now, I’ve been making games for four years. I love doing it and it doesn’t feel like work for me at all,” he says.

Terletskyy says he chose to attend WPI because of its high ranking, especially in game development. “I would like to say special thanks to my professors,” says Terletskyy. “They help me a lot with what I am doing and that is amazing. Every class I took somehow influenced the game. I appreciate it so much.”