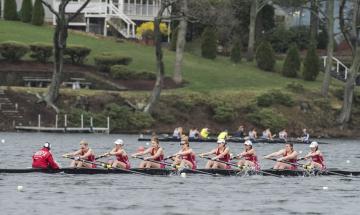 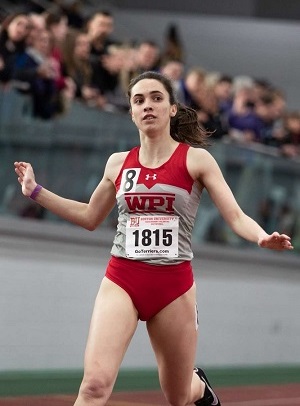 Sydney Packard was aiming to close out her indoor track career by becoming WPI’s first Div. 3 NCAA champion. The four-time All-American was seeded first for the 800-meter and was to be a member of WPI’s distance medley relay team in the NCAA Indoor Championships, to be held at JDL FastTrack in Winston-Salem, N.C., last month.

She had just completed her best season ever and was in North Carolina preparing for the championship, and focused on her first competition, scheduled for the following day. But her dreams were dashed when she saw a friend’s social media post, indicating that the NCAA had cancelled all spring sports and championships due to the worsening coronavirus pandemic.

“Earlier that week, before we left, Coach Chabot told me, ‘I don’t want to freak you out, but there may not be an outdoor season. Make this weekend count.’” referring to the NCAA championships. “I was trying to focus on the upcoming race. I thought they wouldn’t cancel because we were already there practicing. I was supposed to compete on Friday and Saturday, but on Thursday at 4 o'clock they cancelled.”

The decision by the NCAA to cancel all winter and spring championships and the subsequent canceling of all spring sports across the nation was a crushing blow to the coaches and athletes who had worked so hard toward the goal of a successful—or even championship—season. 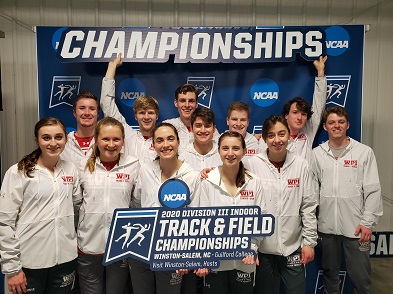 “I never envisioned this would happen. Now, understanding how awful COVID-19 is, it was definitely the right decision,” said director of Physical Education, Recreation & Athletics Dana Harmon. “When there’s an outbreak or a tragedy, sports usually go on. One week we had our men’s basketball competing at the NCAAs, then the next week everything was gone. We were sending our basketball team to Johns Hopkins for a tournament. You can’t imagine how awful it was for our coaches and student-athletes.”

Some WPI athletes were on spring break or preparing for tournaments when they found out their season was over.

Sid Williams ‘22 of Fairfax, Va., was to compete in the 2020 NCAA Division III Swimming & Diving Championships starting March 18 at the Greensboro Aquatic Center in Greensboro, N.C., but had not yet left campus when that competition was canceled. Senior wrestler Tyler Marsh of Upper Black Eddy, Pa., was slated to compete in his third consecutive NCAA Championships until the event was cancelled.

“Jason Steele (women’s rowing), Larry Noble (men’s rowing), Mike Callahan (baseball), and Whitney Goldstein (softball) had just started their spring trips and learned their season was over before it could really start. They did what they had to do for their kids. And they were amazing.” 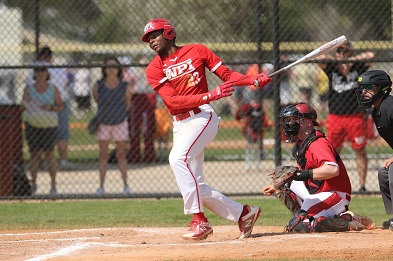 Baseball outfielder Tyrone Patterson and softball infielder Caraline Wood were with their teams for spring training in Florida and California, respectively, when they began getting signs that the public health crisis would impact their season.

Steele and Noble left campus on March 3 to drive the trailer carrying the teams' boats to Florida for spring training. The women’s team had risen to national prominence in the last two years, including finishing second in last year’s NCAA Div. 3 championship with hopes to be national champions this year. It was the only Div. 3 team to compete in the prestigious Henley Royal Regatta in England every three years. The team’s last trip to the Henley was in 2017, and slated to return this year.

Despite growing concern over the coronavirus cases growing around the world, Steele didn’t anticipate a sudden end to the season. 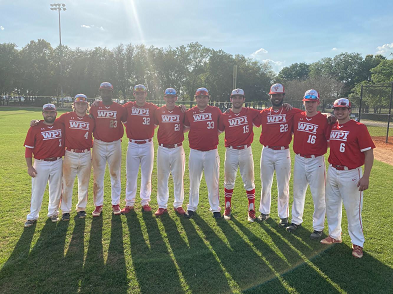 “No, not particularly … things happened very quickly,” he said. “Within the course of two or three days we saw steps being taken by schools, with some canceling their seasons. I thought there was a possibility things would sort out. At the time, we were one of the schools that were being patient, just waiting to see. Within a couple of days the NBA canceled and the NCAA said no spring championships. In that time the world completely changed.”

The team stayed for a couple of days and got a lot of rowing in while absorbing the reality that their season was already gone.

“Everybody moved on pretty well,” Steele said. “They saw that everyone was canceling. In the next couple of days they became worried about getting home, about their families, about the economy sputtering—and we put it all in perspective that rowing is a privilege, with so many people suffering.”

Tyrone Patterson had practiced with the team during C-Term and was in Florida for spring training during the break, anticipating a successful season. “It looked like we were going to be pretty good. We only lost a couple of seniors from last year, said the current senior from Upper Marlboro, Md. “Based on our performance last year, I expected the team to do pretty well.”

The baseball team got some practices and scrimmages in before being told their season was over. “It was pretty sad.” He said one moment he will remember from his years on the team was when the coach-type bus became mired in mud, and the team got out and managed to push it free. It was the last thing they did as a team before being told they would not play any more baseball. 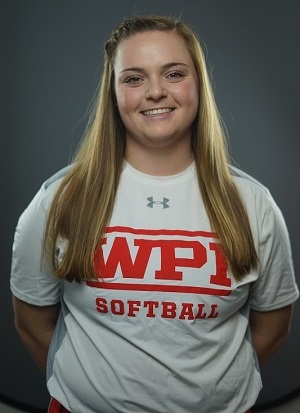 The fact that every other college and professional team ceased playing was little consolation. “It still sucks for everybody,” he said. “But it was definitely the smart thing to do—to cancel.”

Caraline Wood arrived in California during finals week to start spring training, looking forward to the possibility of the team once again winning the NEWMAC title and going on to the NCAAs. But, once there, she was hearing that the season could be in jeopardy. “I laughed it off. I thought that’s not going to happen,” she said. But on the way to California she saw people in the airports wearing masks and wiping down items with disinfectant.

The team, which was to play 10 games while in California, got in four before the NCAA made the decision to cancel the season.

“I try not to have high expectations, but my personal goal was to get back to NEWMAC finals,” said team co-captain Wood. “We worked hard in the offseason. I think we could have done really well and gotten back to the finals.”

The postgrad student said her best memories were winning the NEWMAC championship in her freshman and senior years. The fact that every other student-athlete shared the same fate tempered her disappointment.

“It made me come to terms with it,” she said. “Everybody is losing sports privileges. You realize this is not just about you. It’s much bigger than you.” 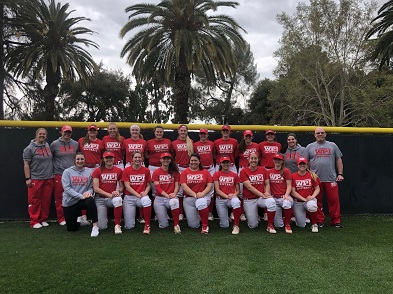 Despite the disappointment, there are some bright spots and optimism that emerged from the truncated season. Coach Steele said his rowers showed improvement over last year, when they finished second in the NCAAs. “I thought boats were moving better this year. Our top boat had eight strong kids working cohesively,” he said. “We’ve gone to NCAA the last two consecutive years. They expected a lot of themselves. The program is attracting people to it. We have one of the best programs in the nation.”

Sydney Packard—last year’s New England 800-meter champion and this year’s 1-mile champion—said that because injury and IQP work caused her to miss some seasons, she will consider competing in cross country and outdoor track while she works on a fifth-year master's degree in chemical engineering. The sudden ending to the season didn’t diminish her sense of accomplishment.

“This season went really well, my best season at WPI,” said Packard. “I was really proud of what I accomplished. The loss of the NCAA doesn’t take away from that.”