Inherit the Wind at Little Theatre 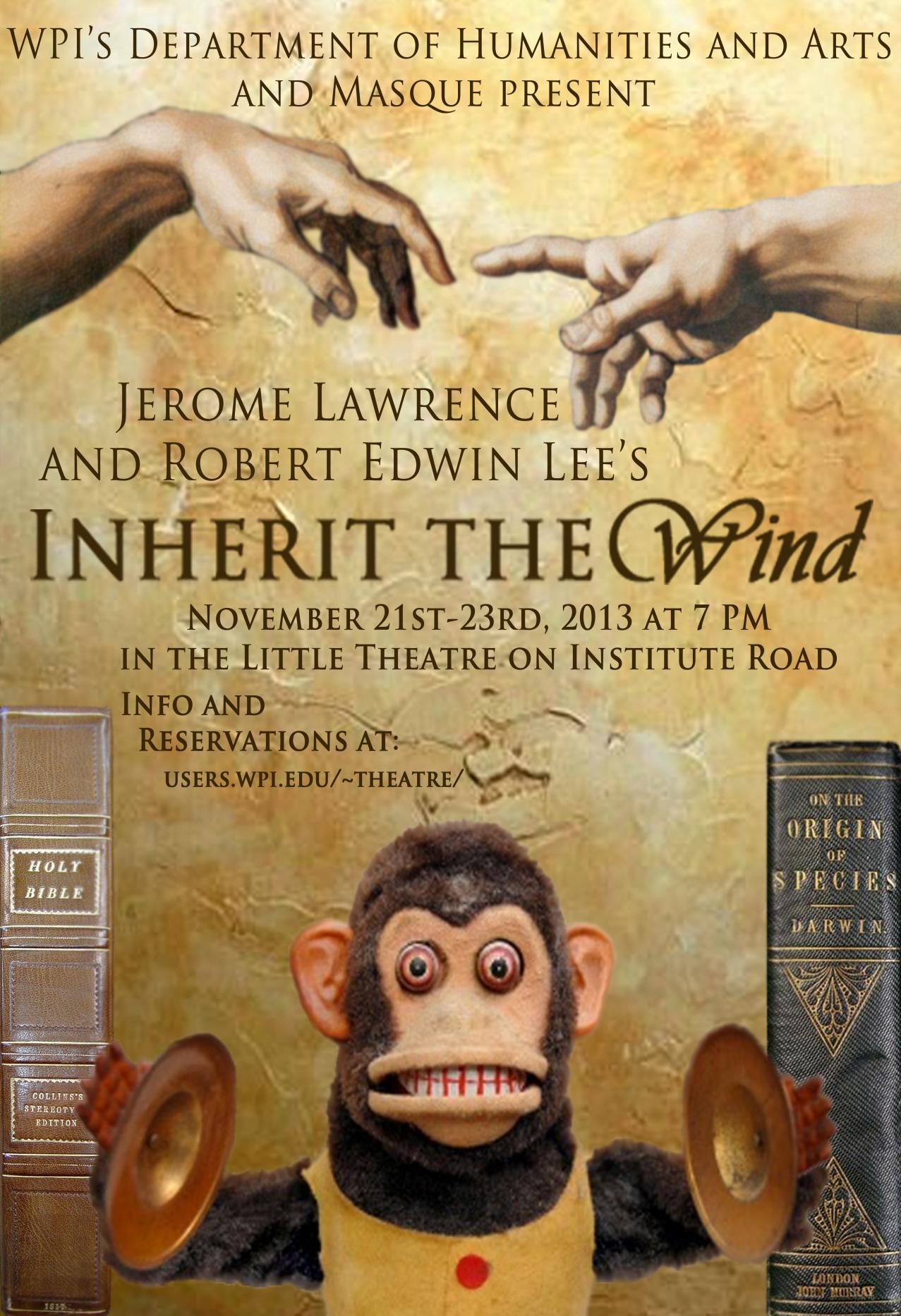 Can you imagine a time when teachers were prosecuted for teaching evolution?

WPI’s Department of Humanities and Arts and theatre group Masque hope to recreate such an event through their production of Inherit the Wind, a fictionalized account of the 1925 Scopes “Monkey Trial,” which resulted in John T. Scopes’s conviction for teaching Charles Darwin’s theory of evolution to a high school science class, contrary to a Tennessee state law. Running Nov. 21, 22, 23 at 7pm in the Little Theatre on Institute Rd, this production is directed by Andrew Smith and produced by Samantha Foote.

With characters based upon the actual figures in the trial, Smith, a senior chemistry major, describes the role of defense attorney Henry Drummond as a man with one goal, to convince the world that thinking is not a crime.

With close to 100 students working on the production, Smith says the students involved with the performance derive from all majors—engineering (civil, mechanical, environmental, ECE, chemical, industrial, and more); sciences (chemistry, physics, biology/biotechnology); Humanities (music, theatre, writing), and more). Smith says, “Theatre is truly a place for anyone and everyone interested in getting involved.”

Smith—who is also a member of Masque, VOX, LNL, Student Comedy Productions, and the Little Theatre Squad; president of the Glee Club and vice president of Alpha Psi Omega; and director of Simple Harmonic Motion—has been preparing for the production since April of 2012.  “I’ve been reading and rereading (and rereading and rereading) the play,” he says, “planning how I wanted the scenes and the set to work together, envisioning the lighting and wardrobe, imagining how the characters would work together.”

With designers beginning their work from the middle of A-Term, and set construction begun within this this term, the entire cast and crew has been full tilt for the past three weeks to prepare for this week’s performance.

Tickets are $5 and can be reserved at http://users.wpi.edu/~theatre.