As the U.S. still reels from more than a decade of conflict in the Middle East, the threat of ISIS has emerged as another source of dread for every citizen who hopes for peace. Adding to the ambivalence over armed intervention in foreign affairs is the lack of understanding as to who this force is, what it represents, and how military weaponry might neutralize this threat. Providing some illumination on the subject, David Siddharta Patel of Brandeis University will make an appearance at WPI tomorrow to talk about these issues when he presents his talk, “ISIS Demystified.” 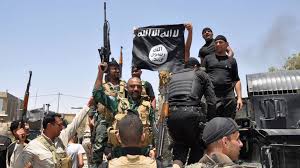 David Patel has a view of ISIS that is different from most
media reporting on the terrorist organization.

Initiating this event is associate professor of humanities and arts Bland Addison, who recently met Patel through their mutual work with the Middle East Studies Association (http://mesana.org). The knowledge, perspective, and firsthand experience Patel brought to the table was immediately evident to Addison.

“I attended a MESA national conference meeting in Washington, D.C., this past November,” Addison says. “Dr. Patel gave a presentation on ISIS that was somewhat different from media accounts of the terrorist organization. I spoke with him after his talk about coming to WPI for a similar presentation.”

Presented by the Department of Humanities and Arts, the talk will be held Thursday, March 19, from noon to 1 p.m. in the Hagglund Room of the Rubin Campus Center. The event is free and open to the public; attendees are invited to bring a brown bag lunch.

Formerly an assistant professor in the Department of Government at Cornell University, Patel is now a Brandeis University Junior Research Fellow at the Crown Center for Middle East Studies. He lived in Iraq after the 2003 U.S.-led invasion and continued his field research there as well as in Jordan, Yemen, and Syria.

This on-site research led to a more comprehensive political understanding of the organization’s beginnings—one that undermines the conventional emphasis on ideological clashes between Islam and the Judeo-Christian West. 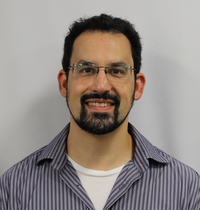 “I was struck by the fact that Patel’s account of the rise of ISIS was not focused on the foreign fighters who have been attracted to join their violent campaign,” Addison explains, “but that the organization arose out of the remnants of Baathist fighters in Iraq, bitterly opposed to the Shi’a-controlled government in Baghdad.”

Addison, a scholar on the subject in his own right, touches on similar topics in university classes such as “Comparative Civilizations,” focusing on Islamic civilization, and the “Inquiry Seminar on World History,” in which students write research papers on conflicts in the Middle East and North Africa. He is also the co-director of the Morocco Project Center.

He points out that there are substantial misconceptions about the nature of ISIS that could undermine President Obama’s recent promise to “degrade and destroy” the organization. “This plan relies on certain assumptions that Patel will challenge: first, that ISIS is separate from Iraq; second, that the brutality utilized by ISIS will alienate moderate Sunnis in the organization; third, that Iraq has formed a more inclusive government in order to reach out to Sunni Arabs.”

Addison hopes that the presentation and subsequent discussion will lead to a more accurate understanding of the current crisis than the over-simplified version the public is used to hearing from mainstream media. In so doing, he hopes that a longstanding inaccuracy is similarly cleared up.

“I hope that the audience recognizes that the brutality of ISIS is counter to the teachings of Islam,” he says, “and arises instead from both long- and short-term ethnic and political animosity in Iraq.”