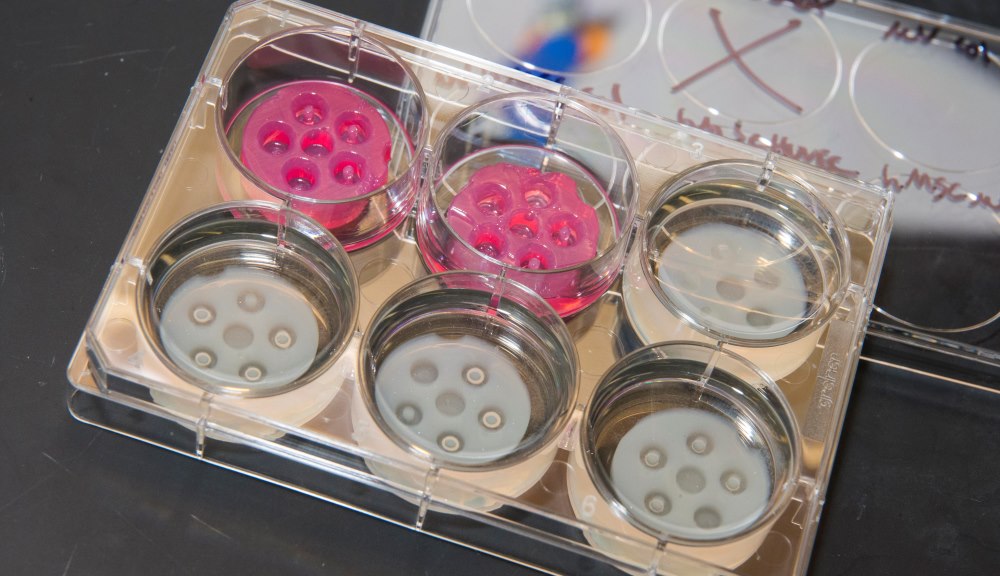 A research team at Worcester Polytechnic Institute (WPI) is engineering self-assembling human blood vessels that exhibit the symptoms of common cardiac and vascular conditions, like aneurisms and blockages, work that may provide a better way for scientists to test the effectiveness of new medications and, potentially, speed up the development of more effective treatments for life-threatening diseases.

Biomedical engineer Marsha Rolle has spent more than a decade developing a method for building engineered blood vessels. With support from the NIH, she is using her innovative methods to create diseased blood vessels, which could serve as better models for testing new medications and help speed the development of better treatments for cardiac and vascular conditions.

Since cardiovascular disease is the leading cause of death in the United States, there is an urgent need to find new and more effective treatments. To aid in their development, there is a need for three-dimensional disease models that closely resemble functioning human organs to more accurately assess the effects of new drugs, something that cannot be accomplished as well with animal models or cells cultured in a dish. Rolle, who has focused on vascular tissue engineering research since 2004, is now using techniques she earlier developed to grow normal blood vessels to create ones that can mimic in the lab what happens to diseased or damaged blood vessels in the human body.

She has already developed methods for creating blood vessels that could be used to replace damaged veins, for example for repairing vascular access grafts for dialysis. This same technology could be used to make any tubular

To create normal blood vessels, Rolle grows human smooth muscle cells in custom-made wells, shaped like tiny Bundt pans, to produce tissue rings with a 2-millimeter hole in the middle. Fed with a standard culture medium, the cells self-assemble into ring-shaped tissues that, when stacked, fuse to form tubes.

To bioengineer blood vessels with flaws, such as aneurisms and stenosis (a narrowing of the blood vessel), Rolle and her team adds microspheres loaded with special growth factors to selected rings. The growth factors will ultimately be used to trigger cell proliferation in the sections of the ring containing the microspheres, producing localized flaws.

“This is unique work because we can customize individual ring units so we can put a diseased region in one small area of the vascular tube, which is what doctors would likely see in a patient,” said Hannah Strobel, who recently received her PhD in biomedical engineering at WPI and has been the primary student researcher on Rolle’s project. “It’s really important that we affect only one small region of the vessel because of the way it affects changes in blood flow and how diseases progress.”

The research could speed the process of discovering new drugs for cardiovascular disease, Rolle said, noting that it currently takes an average of 10 years to develop a new medication. The problem, she added, is exacerbated by the fact that animal testing, which is the way most new drugs are tested, is not always an accurate indicator of how human blood vessels will respond to the same drugs. In fact, 90 percent of drugs that are successful in animal tests do not work in humans.

“One of the hallmarks of making advances in medicine is to have models of the diseases so you can develop new treatments,” said Keaney, who has researched blood vessel function for 25 years and worked with Rolle for the past 10 years. “Testing medicines and procedures in patients is both risky and time consuming. Having models that accurately reflect what is happening in patients’ bodies is very advantageous. It’s certainly important work that could bring things to patients more quickly and safely.”

As a first step, Rolle plans to use the engineered blood vessels that exhibit disease states to test existing vascular medications—including those that have proven effective in people and those that were successful in animal tests but not successful in human clinical trials—to see if the engineered blood vessel models can better predict whether a given medication will be an effective treatment in human patients.

“Ultimately, if this work does succeed, it could be a tool for screening large numbers of potential drugs,” Strobel said. Pharmaceutical companies can see how their drugs will react on human tissue and possibly bypass typical animal studies, which often aren’t accurate indicators.”

One of the factors that sets Rolle’s work apart is her use of self-assembling technology. A long-standing limitation in tissue engineering has been the field’s reliance on synthetic scaffolds. While scaffolds provide a base for the

tissue to build on, they also can lead to inflammation, scarring, and infection. Rolle’s self-assembling technology for three-dimensional tissue constructs uses cells’ ability to produce their own natural extracellular matrix. Since this material, which provides strength to the developing vessel, is produced by the cells themselves, it should be less likely to be rejected by the body.

Another issue with artificial scaffold material is that the scaffolding makes up the bulk of the vessels produced, preventing them from reacting to disease or damage like a natural blood vessel would and, therefore, making them less useful for testing cardiac medication.