Earth and sky come together to transport water 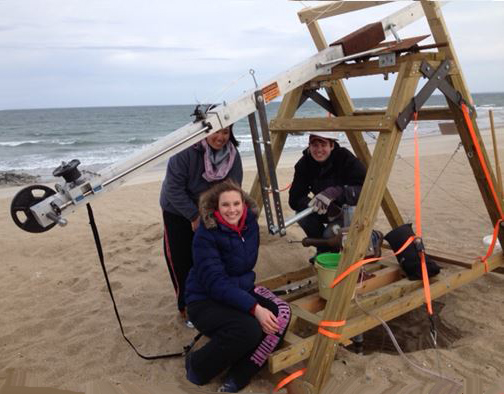 When considering ways to get fresh water to homes and communities, the topic of kites might seem unlikely to come up in the discussion. But as demonstrated as part of WPI’s recognition of National Engineers Week, a kite-powered pump can be a viable, sustainable, and inexpensive option.

Durkee, who along with Kim conducted the video demonstration, explains that the device is an A-frame design that supports a rocking arm, which is tethered to a kite. As the kite rises, it pulls the arm upward. A second tether stops the kite from going higher than a set point. The stopping action causes the kite to change its angle of attack to a position in which it is no longer catching the wind (and generating as much lift force). Thus, it begins to fall, which lowers the arm. Upon descending, the second tether slackens, which allows the kite to regain its original angle―causing it to climb higher until the second tether again tightens, and the process is repeated. 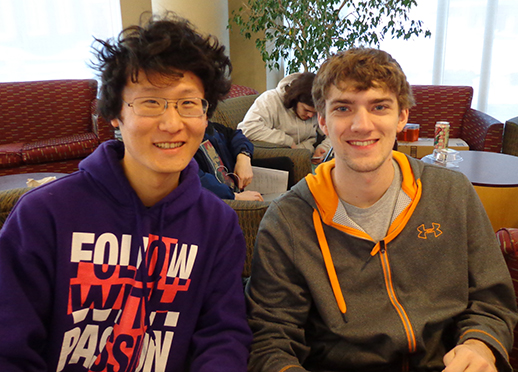 This “stalling and unstalling,” as it’s called, moves the rocking arm up and down continuously, which effectively works the pump handle and transports water non-stop for extended periods. The kite can be adjusted to accommodate different-sized pumps and meet varying demands, says Durkee. “As you increase the altitude, it [creates a stronger pull] and there’s more power that can be harvested.” He says the team discovered that after falling to the ground when the wind stops, the kite is sometimes capable of relaunching on its own when the wind returns.

Olinger says the pumped water can be used for a variety of purposes, such as filling storage tanks or irrigating fields. He adds that a developed software simulation―which factors in wind conditions, altitudes, and amount of water desired― is used to continue to improve the design.

Because of its low cost (under $2,500, excluding well and water storage) and simple design, the pump can potentially offer an excellent solution for underdeveloped nations, according to Olinger. “This device will provide a low-cost water pump [while using] a renewable energy source to also lessen society’s dependence on fossil fuels.”

The pump is versatile enough to be adapted to run a generator, he notes. (Video of a working model can be viewed here.)

Olinger believes it’s important for WPI to be involved in technologies such as this for several reasons.

“Using kites to extract energy from the wind is an emerging renewable energy technology that will compete with wind turbines in the future,” he says. “It is important that WPI expose students to innovative technologies like this to excite them about their studies and give them relevant experience for their future careers.”

The demonstration is part of Engineers Week activities taking place on campus through Friday. Other events scheduled for the week include additional demonstrations, information sessions, campus tours, and engineering ambassadors sessions.