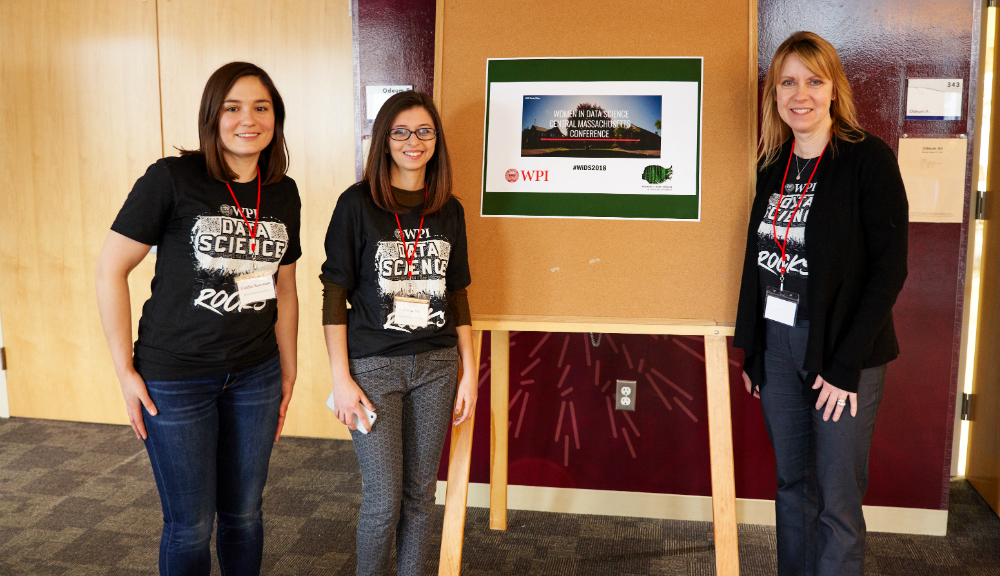 Essential Support for Women and Girls in STEM

The Women’s Impact Network (WIN) just announced its 2019 grant recipients and the list shows diversity and creativity in ways the WPI community works at encouraging women and girls in STEM. They join at least 18 other faculty, staff, alumnae, and student grant recipient groups who have had projects ranging from student and faculty support to research to innovation and entrepreneurship funded through WIN grants over the last three years. The 2019 grant winners will receive formal recognition on April 6 at 12:30 pm during the Celebrating 50 Years of WPI Women Advocating for Our Future event.

The criteria for the WIN grants is nearly as specific as it is broad. “Applicants may apply if they have any project that has an impact on women or girls in STEM,” says Stephanie Pasha, WIN member and assistant vice president of strategic volunteer engagement in University Advancement. The projects are aimed at supporting women and girls, but aren’t exclusionary. This grant program is President Leshin’s inspiration, says Pasha. As a former faculty member at Arizona State University, Leshin noticed a similar program and its positive effects and she brought the same approach to WPI.

The projects touch on the applicants’ interests, but they are often a request to go deeper into the area to have a more profound influence or to reach a broader audience. Applicants might be looking at cross-disciplinary work or at establishing a program for a new age groups. “I am always inspired by the people in the community who are willing to take on more work that goes above and beyond what they do here,” says Pasha.

The WIN Grant program is part of the mission of WIN, a self-funded group of women who combine their passion for education, leadership, and philanthropy and direct their work and money toward advancing and supporting women and girls in STEM. The resulting effect is a long-term, widespread benefit for the entire WPI community. 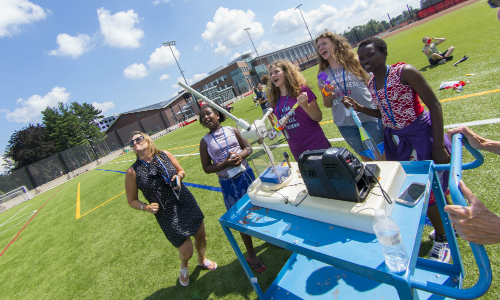 WIN has a rolling cycle of membership with 80 active members at any given time and a total of 132 members over the years. This year, the organization had 32 applications, 21 of which were funded with a total distribution of $285,060 (in the first year, $225,000 was distributed). With this third year, that brings the total to over $2.5 million in asked-for funds.

Cynthia Woehrle, a member of WIN and an administrative assistant in University Advancement, notes each year’s application process highlights gaps or needs the community sees. This year was slightly different, she says, as there was an obvious need for K-12 projects that WIN members took note of. “The K-12 engagement speaks to the committee members and to our role as an institution going forward,” says Pasha. “We are pioneers in this so that in 15 years we won’t say we can’t find enough scientists and engineers. We want to build the pipeline of K-12.”

Grant recipients say the funds let them expand their work. Sue Sontgerath, director of the Pre-collegiate Outreach Programs, received funding in 2018 and 2019 for WRAMP: Women’s Research and Mentorship Program, a grant that specifically addresses the K-12 pipeline. “The WIN grants gave us the flexibility to fill a void in our pre-collegiate outreach programs offerings for girls during the academic year,” Sontgerath says. “We had many programs for middle school girls, but were not able to offer anything for high school girls. WRAMP allowed us to offer a program that would keep girls on the STEM pathway.”

WIN members are encouraged by the project quality and the visible changes that come when they are implemented. “This fits into the WPI culture,” says Pasha. “There’s a need and we see the results.” Woehrle agrees. “It builds a sense of pride,” she says.

By funding projects with an immediate need, the changes are being seen in myriad areas. Chrysanthe Demetry, mechanical engineering professor and director of the Morgan Teaching and Learning Center, collaborated to receive two WIN grants in 2017—one with Sue Roberts to support women associate professors and one with Sue Sontgerath to expand Camp Reach. Both programs are ongoing and forward looking.

“Sue Roberts and I piloted a workshop on professional development plans for associate professors that will have lasting benefit as it serves as the model for our much larger ADVANCE grant,” Demetry says. “With the WIN grant for Camp Reach, we used an IQP team to develop more programming capacity for middle school girls in STEM. And we’ve been able to support another faculty member to shadow me during the program, with an eye toward trying to sustain this high-impact experience for middle school girls long after I step down from the role.” 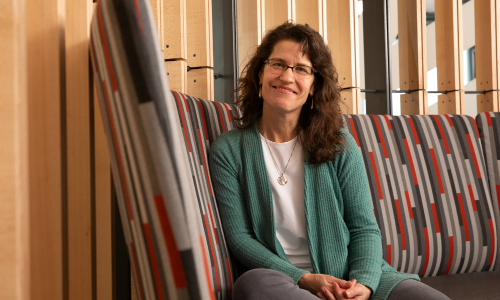 “This project will enable us to host a series of extraordinary women in film and other media,” says Shockey. “While in residence at the Global Media Lab, they will share their work and their unique perspectives with the WPI community. When we add the arts to STEM education, we are teaching students how to think about the expression of data. This is an important aspect of teaching students that it is not enough to just take in information.”

As the grant-funded programs continue, recipients look forward to the expanding benefits. “I hope that our long-term outcomes for the women will include some of the high school women enrolling at WPI, some of the undergraduates going on to graduate school, and the graduate students displaying increased confidence in their mentoring and teaching skills,” says Sontgerath.

WIN’s recognition of disparate needs is encouraging and validating. “This grants program enabled so many of us in the WPI community to jump-start initiatives that had been held on the back burner due to lack of resources,” says Demetry. “It also shines light on the accomplishments of women and girls in STEM, on some of the barriers that many have overcome, and on good work to lessen the systemic barriers that still remain.”