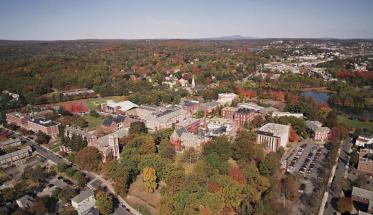 The event attracts 60 to 80 scholars who share their research

Leave it to mathematicians to liken equations and formulas to carnival-like fun.

On October 14 and 15, WPI will host the annual Finite Element Circus for the first time. A revered semiannual gathering of mostly East Coast mathematicians, the event attracts 60 to 80 scholars eager to share their research and hear what others are delving into. 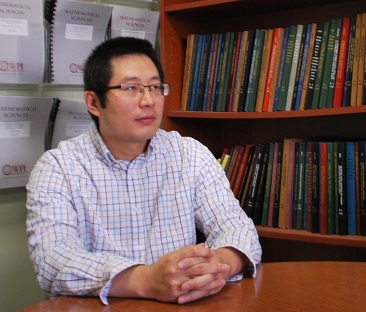 The topics are high level—a boon for the conference attendees. “I've always learned a lot,” says Zhongqiang Zhang, assistant professor in mathematical sciences. “This is something you may not ever learn in class. It's just never taught because the lecturing is not enough.”

Rather than a reflection of course deficiency, Zhang says it's merely a reflection of the subject matter. As a young researcher, Zhang says he has seen 10 or more topics discussed in one circus meeting. Marcus Sarkis-Martins, professor of mathematical sciences, agrees. “You get to know exactly what is going on in the field,” he says.

The Finite Element Circus jumps right into what's going on in the world of finite elements and numerical analysis. There are no formal speakers, because it is understood that anyone is able to talk.

Attendees are simply asked if they want to speak, and the available time is divided by the number of speakers. Then each speaker is allowed a very specific time to get up and talk. Attendees prepare what they want to say in advance, so they are ready to go. They usually speak for 15 to 20 minutes.

Because of the limited time and the specific audience, speakers do not spend much time with background information, research overviews, or polite introductions. They immediately get to the heart of their investigations, offering a glimpse of the most cutting-edge research.

Finite elements method is used to solve equations typically modeled from physics and engineering, says Sarkis-Martins. The method solves problems that have some physical properties—for example, how the pressure of flow through porous media changes under different circumstances. Equations are often massive, requiring constant improvements in formulations to give faster results, and often computers assist in the process. 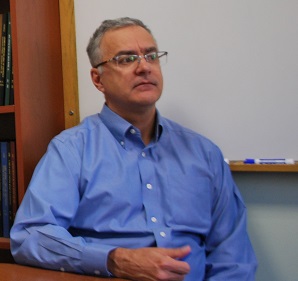 Engineers frequently use finite elements, says Sarkis-Martins, but their focus is not the same as a mathematician’s. Engineers focus on the application of finite elements while math groups focus on the math, the exact solution, and how fast they can get it. “If our solution matches their data, we are all good,” Sarkis-Martins says. “If not, we start the cycle all over again. We focus on solving these equations, but we are also interested in the mathematical theory.”

The Finite Element Circus began in 1970s and continues to meet twice a year. The event offers quirky traditions like the four-line poem someone composes for each meeting. There's also a birthday celebration to honor anyone in the group who is turning 60 that year. Because the attendees generally come to every gathering, they know each other—and the work each other is doing—very well.

And for all the seriousness of the subject, Sarkis-Martins says the event works well because of its loose structure. “This is successful because it's just for a weekend, you don't have to teach anything, and it’s free,” he says. Many conferences require hefty fees and airline tickets that make them nearly impossible for typical students, even with financial assistance. Sarkis-Martins says several people carpool to the events, spend only one night in a hotel, and appreciate not having to pay any conference fee.

Almost half the attendees are students, and typically they get a lot of talking time. Professors who come with students tend to let them do the talking so they get the experience. Zhang first attended as a student and continues to go, which is common.

Smaller than other universities, WPI has a strong finite elements program, so the Circus helps attract potential graduate degree candidates to WPI. The close interactions also mean WPI professors and students can network to notice any potential opportunities where an additional researcher might be needed.

And the field continues to grow as fields like computational biology and new energy sources are requiring more complicated formulations.  “Sometimes, the old math is not enough,” says Sarkis-Martins. “Speed is important. You need speed.” Sometimes answers are needed almost immediately for equations that once might have taken days to complete. “The method is more challenging,” says Zhang.

There's some clout in who gets to host the circus, says Zhang. Having an influential finite elements mathematician on faculty helps, so Sarkis-Martins fits that bill, he says. “This is a good chance for people to get to know WPI more and our department more,” says Zhang.