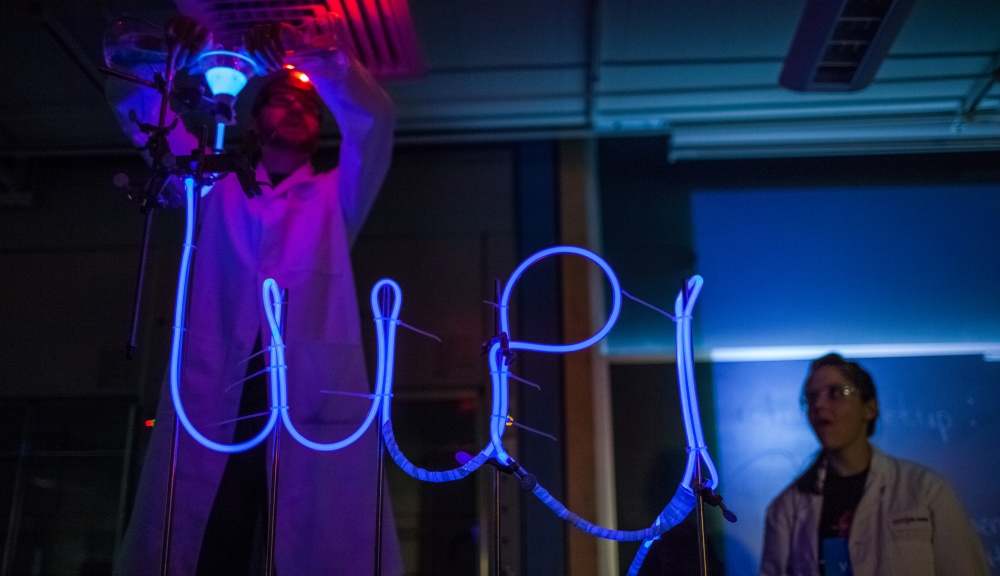 The Future is Closer Than You Think at WPI’s TouchTomorrow

For the 8th year, one of the region’s largest hands-on science, technology, and robotics events returns to campus on June 8.

Have you ever wondered what the future of science and technology looks like? Here’s your chance to see it while having some hands-on fun. TouchTomorrow at WPI returns for its 8th year on Saturday, June 8, from 10 a.m. to 4 p.m. The free, family-friendly event is focused on all things STEM (Science, Technology, Engineering, and Math). Through interactive exhibits, live shows, and lab tours, the event will allow attendees to discover new frontiers in STEM as well as let kids get their hands dirty while learning new things in the process.

Returning for a sixth year, WGBH, a national leader in the effort to expand STEM in the classroom and at home, will serve as the festival’s official media partner. WGBH will also showcase its popular NOVA education exhibits and Design Squad Challenge. This year’s challenge asks teams to build rubber band cars and race them to see whose vehicle is the fastest.

Meet the Innovators at Work

For a complete list of exhibits and other information visit: https://wp.wpi.edu/touchtomorrow/

Media wishing to cover TouchTomorrow or schedule an interview prior to the event should contact: