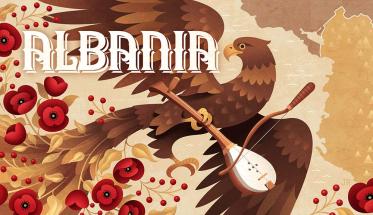 Launched in 2013, the Albania Project Center is fairly new to WPI’s Interdisciplinary and Global Studies Division—and Albania is definitely a new experience for IQP students, like civil engineering major Sydney Brooks ’18. She was a bit worried about traveling to such a foreign locale.

“Those worries immediately flew away the second I stepped off that plane and saw the mountains … it was beautiful in its nature,” she says.

And it’s another natural resource—a massive river—that had WPI students hard at work producing a video documentary and report, Galvanizing Public Interest in the Cleanup of the Drin River. The goal is to produce a tool that can be used in spreading the word about the river and problems such as pollution, runoff, overfishing, and flooding. Part of the problem? The river flows through five countries, and there is no central or collaborative management plan in place.

The Drin River documentary production is a two-year project. Last year’s WPI student group was responsible for the research and interviews, as well as planning the logistics for a float down the river by Albanian members of the Young Water Professionals, sponsored by the Water Supply and Sewerage Association of Albania (SHUKALB). From that foundation, this year’s team worked with SHUKALB on post-production, developing a message and publicity plan for the film.

“We were fortunate to have Philip there,” says Christopher. “His organization has sponsored a project in each of the past four years.”

Giantris was always committed to doing some kind of project in Albania, a safe and robust country. “It’s fun, colorful, and social, with the best food around,” he boasts of Albania. “A woman can be out alone after dark with not even a catcall. It’s still that kind of good.”

As for the Drin, the WPI film will be used as an advocacy tool by SHUKALB to raise awareness about complex issues that stem in part from the river’s interconnectedness.

“Macedonia wants water for irrigation; Albania needs it for irrigation, hydropower, electricity,” says Giantris. “If Macedonia holds the river back with dams, it affects power and energy. We are also still way behind the curve with solid waste management.”

The Albanian Project Center has doubled in size since its launch in 2013 from three projects and 12 students to six projects and 24 students. The project center grows in popularity—39 applications were submitted for 2017. Six projects involving 24 students are lined up for the next academic year. 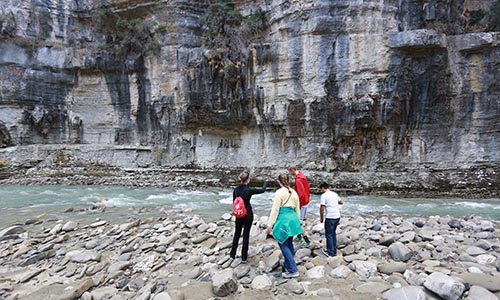 More About the Albania Project Center

Follow the year-long journey of 24 WPI students who recently embarked on a life-changing IQP journey in Tirana, Albania. Hear their stories, meet the project advisors, and learn more about the project work aimed at helping to sustain and manage the region's impressive growth.