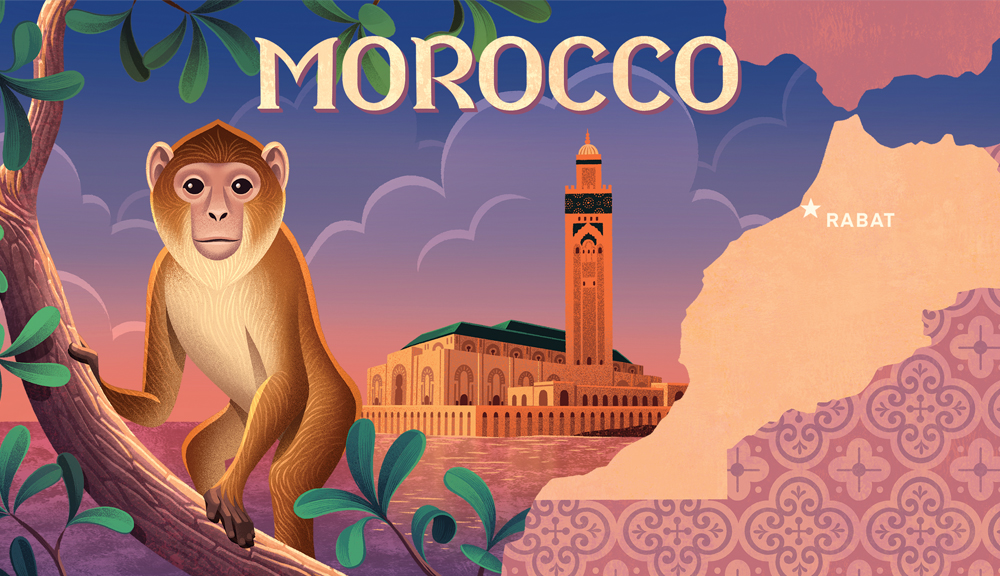 Ilana Zeldin ’20 was looking to shake things up when she applied to the Morocco Project Center for her IQP last year. The daughter of Russian Jewish immigrants grew up in a wealthy suburb of Boston and was curious about life in an Arab Muslim country.

“I’d never experienced an Arabic culture and thought it would be a good opportunity to step outside my comfort zone,” says Zeldin, a management information systems major.

She found the differences between Morocco and her home striking, but it was the similarities that made the deepest impression. Among these was the Friday evening tradition of gathering with family. Zeldin’s family welcomes Shabbat, the Jewish sabbath, by dining together at week’s end. In Morocco, families come together on Friday nights to share a meal of couscous.

“There was a cultural similarity that I didn’t even know existed,” she says. “It taught me that you should never be afraid to make connections with people who are different from you. Ever since then, I’m less afraid to try something new. It really changed my perspective on things.”

Zeldin’s experience is typical of IQP students in Morocco, says project center co-director Tahar El-Korchi. WPI established the project center in the city of Ifrane nearly two decades ago and moved to its current location in the capital city of Rabat in 2015.

“The students are working on a project that is challenging to start with—add to that the language is different, the culture is different, the food is different,” El-Korchi says. “What they learn is that ultimately everybody has the same goals: A better life, a better standard of living for their kids and themselves, a better future.”

Zeldin’s IQP team of five developed a design and education strategy for a biodiversity park. The students worked with Association Ribat Al Fath, an NGO that promotes sustainable living and environmental learning while fostering Moroccan culture and heritage. Team members gathered information and interviewed farmers and teachers, among others, ultimately developing a 3D design for the proposed biopark, and identifying educational topics and methods to deliver them.

While the project center tends to attract students like Zeldin who are eager for an experience far from their everyday lives, living and working in Rabat brought robotics major Claire Sellen ’20 closer to her family back home in the U.S. She’d been drawn to Morocco because her mother spent six months there while working on her master’s thesis two decades ago.

“I grew up on all of these wonderful stories about her experience and there are pictures of Morocco all over the house,” says Sellen.  “When I found out there was a Morocco site at WPI, I knew I wanted to go.”

Sellen was on a team of four who converted a paper record-keeping system into a computer database for Association Jannat, an NGO in Rabat that houses women undergoing cancer treatment. Team members worked with translators to interview patients, staff, and others—they built a Microsoft Access database and created a user manual and tutorials for the staff.

The students lived in a residence hall that, as it turns out, was just blocks away from the family who hosted Sellen’s mother in the 1990s. Sellen reached out to the family and became a frequent dinner guest.

“They just took me into their home the way they took my mom in,” Sellen says, adding that she was nervous when she first arrived in Morocco, but soon settled in. “It’s really important to be open to trying new things … we were told going into this that there could be cultural challenges. It was a really wonderful experience overall.”