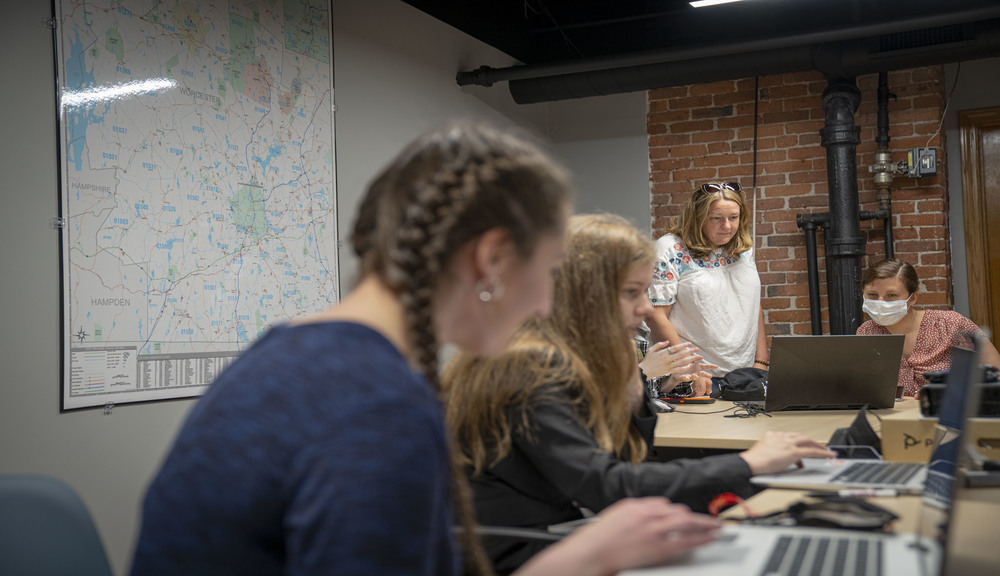 Growing a Plan for Food Availability, Access, and Options

Working with a local nonprofit organization for their IQP this term, three WPI students are helping to develop a more holistic approach to fighting food insecurity as they devise plans for a planned food pantry in Worcester.

Rising juniors Lydia Ellen Tonani, Rachel Feldman, and Mia Long are working with Thrive Support & Advocacy, an organization that serves youths and adults with intellectual and developmental disabilities and their families across central Massachusetts, to create a food pantry that takes into account not only hunger and food insecurity in the area, but also the best possible diet for different populations—including those with food allergies and dietary restrictions—while also respecting ethnic and cultural cuisines. They will also tap into the existing local food ecosystem to make sure food isn’t wasted and is redirected to where it will be most beneficial.

Thrive, which is based in Marlborough and has served MetroWest for more than 40 years, was recently selected by the Massachusetts Department of Developmental Services to manage the Worcester area Family Support Center and work with more than 600 new families in Worcester and seven surrounding communities.

According to data from the organization Feeding America, Massachusetts saw a 59 percent increase in food insecurity during the COVID-19 pandemic. “From what we’ve seen in census data, food insecurity in Worcester is an immense issue,” says Tonani, who’s studying mechanical and environmental engineering.

“There is so much food waste in this country and yet there are hungry people,” says Laura Roberts, director of Worcester Community Project Center and an instructor in the Department of Integrative and Global Studies at WPI, who is leading the student team. “What we have is a supply chain issue.”

There is so much food waste in this country and yet there are hungry people.
Laura Roberts,
Worcester Community Project Center Director

The planned food pantry, located at 100 Grove Street—just a few blocks from WPI’s main campus—stands out from other food pantries in its consideration of food sensitivities and special diets, an issue highlighted in a recent Associated Press article: for millions of Americans facing food insecurity during the pandemic, those with food sensitivities and allergies are unable to receive food from nonprofit and government food programs. “It’s likely millions of Americans who are food insecure face some limits on what they can eat,” the story reads, though data on this overlap has not yet been collected. According to Food Allergy Research & Education (FARE), approximately 32 million people have food allergies.

At a typical food pantry, many people “are not able to pick up an item of food and identify if it’s safe for them or not,” says Stacey Forrest, chief operating officer at Thrive, noting that donations to food pantries don’t often match the needs of the clients. “You’re not getting a lot of gluten-free pastas in most food drives,” she said. The IQP team, however, has been able to focus on finding sources and suppliers of foods that are safe for Thrive’s clientele.

According to the IQP description, Thrive is partnering with WPI for the initial build-out of the space as well as ongoing support from WPI students to volunteer at the food pantry. Among their responsibilities, the students are helping with the development of an ongoing operations and staffing plan. Potential project deliverables may include a blueprint for the space, budget, inventory plan, and identification of partnerships for volunteers and food sources, among other things.

Tonani’s role has been to use demographic data to assess nutritional and accessibility needs in the area and how to best accommodate people’s cultural and ethnic backgrounds as well as any dietary needs and food sensitivities, she says. That includes providing food that’s gluten-free, dairy-free, soy-free, and more. 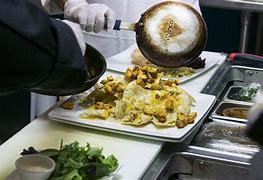 Learn more about a related WPI project that sought to better understand food insecurity on campus and prompted a cohesive, progressive plan.

Read the Story about Project Spotlights Food Insecurity on Campus

The top three ethnic cuisines they’re hoping to provide are Arabic, Hispanic, and Latino, she adds. Her responsibilities have also included contacting grocery stores and large suppliers to see if they’d be willing to be partners and supply food. Among the benefits of this project, Tonani says, is that “it helps promote equity” by providing more opportunities and resources for people in Worcester to improve their quality of life, which in turn improves the quality of life of the people surrounding them. As a student, she asks, “what better way to apply what we’re learning and help the community?”

Long, who is studying biomedical engineering, has been creating ideas for a sensory room to be housed in the same space as the food pantry, "to serve as a safe place for clients," she says.

Feldman, an electrical and computer engineering major, has been researching and working on site plans, as well as looking into environmental safety.

“The student team at WPI presented us with an outstanding blueprint for a specialized food pantry to help address food insecurity for the disability community in Worcester," says Sean Rose, president & CEO of Thrive Support & Advocacy, who also serves as a Worcester City Councilor. "And with this plan in hand we can now begin the work of identifying the resources needed to bring it to life. The WPI team essentially turned a vision into a concept, and that will help enable us to make it a reality.”

“WPI students have tackled everything we’ve thrown at them,” Forrest says, adding that the students "have provided a really good foundation for the Thrive team to hit the ground running."

The Worcester Community Project Center develops projects both from the grass roots and from the public sector. This means that project teams work on important social and environmental issues that impact your Worcester neighbors. Learn more.