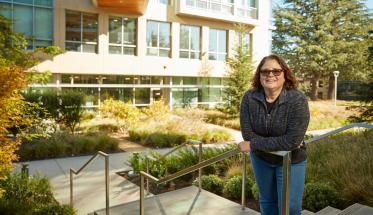 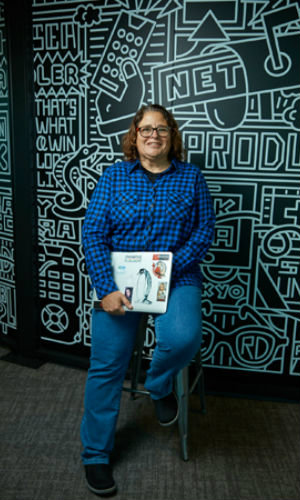 In the predawn hours of a late November day in 2016, more than 40 Netflix engineers gathered in a makeshift war room. The table was piled with donuts and coffee as they prepared for the 6 a.m. launch of a brand-new download feature.

The much-requested feature allowed users to download entire films or television shows and watch them without an Internet connection—a sanity-saver for frequent fliers, families on car trips, and anyone in a location with spotty or expensive Internet. The feature was a massively complex problem that required new infrastructure, download systems, and licensing agreements.

For Netflix engineering leader Casella, who had spent months working with her team to arrive at this climactic moment, it all came down to this: Would it work? Would it crash?

“At 6 a.m., we pushed the button and we sat and looked at each other,” she recalls. “Within minutes, we started seeing downloads.”

By the end of the day, the download feature had a cool million users. “Every fifteen minutes, we would update the stats and everybody would cheer,” she says. “It was amazing to be part of that.”

It’s easy for her to get excited about the work she’s doing at Netflix, because her work is designed for impact. The code that she and her team push out several times a day can affect 109 million Netflix subscribers around the world. With Netflix users representing more than 35 percent of all Internet traffic in America on any given night, her work fuels the most relaxing and enjoyable part of many people’s days.

But for Casella, it’s just one part of the difference she hopes to make in the world. A longtime advocate for diversity and inclusion in the workplace, she’s at the forefront of a movement to make tech a more inclusive place for women, the LGBTQ community, and others who have been traditionally less represented in the field. “It’s not as easily measured as percentages or numbers,” she says. “It’s about creating a culture and an environment where [different kinds of people] feel welcome and thrive.”

“It was my education at WPI that allowed me to do the work without having to go back to school to get a software engineering degree,” she says.

For Casella, who grew up on the South Shore of Massachusetts, a love for building and engineering came through both nature and nurture. Her mom was the first woman accepted into Northeastern University’s engineering program. Her dad was a jet engine mechanic for the U.S. Navy, and he often took her to work with him on Saturdays. She would hand him tools while he worked on the engines, explaining step-by-step what he was doing. 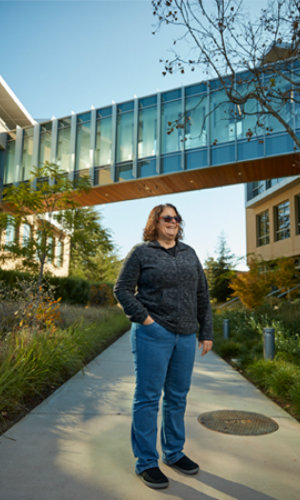 Though she considered many universities, Casella ultimately settled on WPI, where she could experience project-based learning and continue playing basketball and softball. She majored in mechanical engineering, but she was fascinated by computers. She gobbled up CAD courses.

For her Major Qualifying Project (MQP), she focused on three-dimensional finite element analysis. The process is a way of examining the stress and response of an object when pressure is applied, and is a common method to determine whether a given product will break, wear out, or work as it’s designed. The math-intensive project required three-dimensional matrix manipulation, and Casella wrote Fortran programs to solve the problems.

After graduation, she continued with that balance— finding ways to use programming to solve mechanical engineering problems—at Maxtor, a company that manufactured hard disk drives. “When I got to Maxtor [in 1988], we were still doing design on drafting boards with paper,” she recalls.

After drawing one too many #10 countersunk holes—a design element in the company’s products that allows bolts and screws to sit flush with the surrounding material—Casella suggested using CAD technology to automate some of this tedious design work. Her bosses were open to the idea, and handed her the proverbial keys to the project. “When I wrote a program that could do [this work] automatically, everyone was like, ‘Oh my God, it’s magic!’

“I’m finally in a position where I can do something about [supporting women and LGBT people],” Casella says.

It was reactions like that— along with the realization that such projects could allow people to do their work more quickly and accurately—that pushed Casella further into software engineering. In 1993 she headed over to Sun, a computer, software, and IT services company, where she honed her skills as a software engineer and architect.

It was an exciting time. Java, one of the most successful programming languages in history, was being developed at Sun, and Casella got to play a part in its evolution (in early iterations it was called Oak.) And in later roles, she got to do “white hat hacking” where it was her job to help Sun’s corporate security group investigate flaws and holes in existing systems by breaking into them. 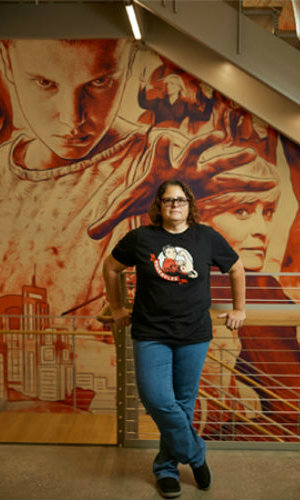 Software engineering and architecture was advancing at breakneck speed, and for Casella it was an exhilarating challenge to try to keep up, since she’d had little formal training on the topic. “It was my education at WPI that allowed me to do the work without having to go back to school to get a software engineering degree,” she says. “At WPI, I learned a methodology for learning new technologies.”

After a dozen years at Sun, Casella took a position at SHOP.com, an e-commerce company that sells a range of retail items. She was charged with updating old but serviceable technologies to newer more flexible ones.

When she arrived, SHOP.com used two different code bases for its website. One was for users on desktop computers, the other was for smaller devices like tablets and smartphones. Over the course of two years, Casella led a team to develop updated architecture to allow the SHOP.com website to utilize a single code base, greatly simplifying the challenges of keeping everything up-to-date.

For Penny Varcoe, then the senior director of project management at SHOP.com, the successful project was a testament to Casella’s strengths as an engineer and manager.

“Karen is able to take large projects, break them into smaller, manageable pieces, and determine how those pieces can be developed and then put together to create a finished project,” she says. “Instead of looking at a large project as impossible, she sees it as a challenge and puts her game face on, ready to win.”

It was skills like these—working on big problems with tenacity and optimism—that made Casella a perfect fit for her next job—at Netflix.

To an engineer, Netflix offers an irresistible challenge: the technology is some of the best and most advanced in the world. Few organizations work at Netflix’s scale and speed.

But Casella liked Netflix for additional reasons. She wanted to do more than just manage teams writing killer code or pushing out new products. As a woman and a lesbian, she wanted to see more people like her choosing technical careers, landing leadership positions, and moving the field forward. Netflix offered her a chance to work on those problems, both within the company and beyond it.

Even early on, she’d noticed the imbalances. In her time at WPI, she guesses, just 5 percent of mechanical engineering majors were women. Still, her professors and fellow students were uniformly respectful of her skills, and she admits her unwavering confidence in her abilities didn’t hurt.

But the welcoming environment didn’t last past graduation. In early jobs before she arrived at Maxtor, she faced both casual sexism and overt sexual discrimination and sexual harassment. Though it was upsetting, she didn’t realize her experience could be otherwise. “I just thought I had to deal with men making sexual advances,” she says. “I thought: ‘This is just the way the world is.’ I didn’t have the courage to stand up to say that the way I was being treated wasn’t OK.”

In the back of her mind she hoped that someday she could make it easier for women who followed her. That opportunity opened up during her time at Sun. She began working more methodically to support and mentor young women and help them in their careers, whether that was a promotion to management or working on increasingly challenging technical problems.

“It’s not as easily measured as percentages or numbers,” she says. “It’s about creating a culture and an environment where [different kinds of people] feel welcome and thrive.”

By the time she arrived at SHOP.com, she drew on her connections and her values to build a team that looked very different from most. Says Varcoe, “Women made up 70 percent of our technology team. As a female software developer, Karen was a pioneer. She is determined to help women have opportunities in technology. When she finds an initiative she’s passionate about, she is an evangelist.”

In recent years Casella has done such work on an increasingly large stage. In the past year alone, she hosted a panel at a software architecture conference in San Francisco about diversity and inclusion. She was also one of 140 people across the country selected as an LGBTQ Tech and Innovation fellow by Lesbians Who Tech.

As part of that five-month fellowship, Casella served as an engineering lead for a Tegan and Sara Foundation–fueled mentoring app. The app is designed help young queer women find mentors in their career area of interest. Even in her side projects, says Susan Nesbitt, another fellow on the project, Casella is committed to complete success.

“Karen brings world-class engineering chops, business acumen, humor, humility, and empathy to everything she does,” says Nesbit. “Her work helps ensure that everyone’s perspective is valued.”

Casella continues to push for progress at Netflix and outside of it. With more than 30 years’ experience in the technology field, she’s ready to help the next generation of tech leaders look more like the rest of the world.

“I’m finally in a position where I can do something about [supporting women and LGBT people],” Casella says. “It’s better than it was when I started, but I’m passionate about driving this kind of change.”