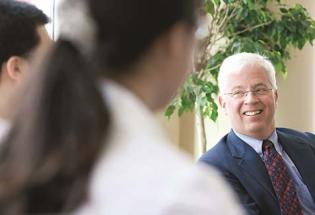 Learning from the Market Basket Boycott: A Q&A with Michael Elmes

When Massachusetts-based supermarket chain Market Basket’s majority shareholder, Arthur S. Demoulas, fired his cousin, revered CEO Arthur T. Demoulas, it set off a chain reaction more powerful than anyone could have anticipated. 25,000 Market Basket employees and millions of customers joined together to boycott the supermarket chain until Arthur T. was reinstated as CEO. The story took the New England area by storm, eventually even garnering national attention for its example of democracy in action.

On Wednesday, February 1, the Foisie Business School at WPI will be hosting a screening of the documentary We the People: The Market Basket Effect, which goes in-depth on the six-week boycott. The event will include a discussion with the film’s producers, moderated by Michael Elmes and Elizabeth Long Lingo, professor and assistant professor at the Foisie Business School, respectively.

Elmes and Lingo have spent the last year studying the Market Basket case and have authored a paper about the impact employees and customers had on influencing the family business’ hiring decisions. Elmes took a few minutes to discuss their research and the effect the case had on the community. 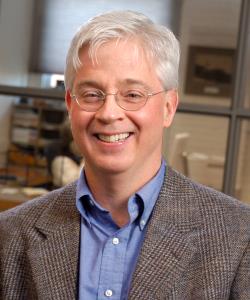 You had mentioned that you’ve been looking at the Market Basket case using a “sensemaking theoretical perspective.” Can you explain what that means, and talk about your research studies and interests and how they connect with the documentary?

The paper itself focuses on the profound impact and influence non-family members can have on a family business, and how this led to Market Basket’s reversal of its decision to fire CEO Artie T. “Sensemaking” refers to when there’s a difference between what’s expected and what’s actually experienced, and people organize and react in response to that difference in order to make sense of what’s going on. In this case, Artie T.’s removal from the position of CEO challenged what customers and employees understood the company to be, and they reacted accordingly in an attempt to make sense of the situation, staging a successful boycott that’s the basis for the We the People documentary.

View the Trailer for "We the People: The Market Basket Effect"

Why do you think the Market Basket case captured the public’s attention for so long?

I suppose there are many possibilities why the case captured the public’s attention. The Occupy movement, growing income inequality and injustice, doubts about corporate intentions and impacts on the U.S., the role of social media in stirring emotions (something we talk a lot about in the paper).

A case like this happened in Worcester back in 1990 when the beloved Norton Company was the target of a hostile takeover. Workers were encouraged to protest and were instrumental in blocking the takeover, only to have senior management and the board sell the company to a different international buyer four days later—a bittersweet outcome for the workers who protested and tried to keep the company local.

What’s been your students’ reactions to seeing all of this happen right in front of them? Have you used any aspects of the case to complement your lessons, and if so, what do you hope your students take away from it?

I have run across a few students who have worked part time at Market Basket, but I suspect there will be many students and faculty who were not very aware of this event. And no, I have not brought this case into the classroom yet. If I did, I would use it as an example of the power of workers (and other stakeholders including customers and suppliers) to enact change. Our paper talks about how many of the non-family members of the Market Basket community talked about the company as a family—their family.

"We The People: The Market Basket Effect" Viewing and Q&A

The Foisie Business School is sponsoring a showing of the film “We The People: The Market Basket Effect”, hosted by the film’s producer, in Upper Perrault on Wednesday, February 1, at 5:00 p.m. There will be a Q&A with the producer following the film.  This event is free and open to the public.  More info. 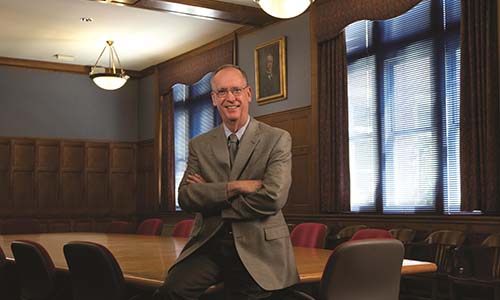 It's All in the Family

During the height of the Market Basket drama in 2014, Frank Hoy, PhD, Paul R. Beswick Professor of Innovation and Entrepreneurship, offered his insight on the short- and long-term repercussions of the standoff. Hoy's research concentrations include family business, entrepreneurship and economic development, franchising, and technology entrepreneurship.