A Glimpse at ME Labs’ Inner Workings 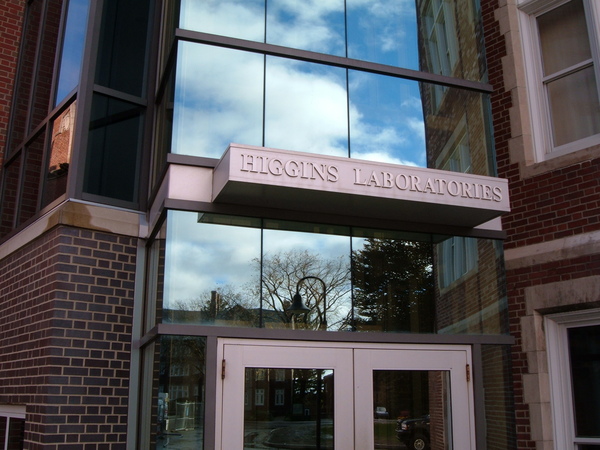 The Mechanical Engineering Department is gearing up for its first-ever open house, throwing open the doors to two of its labs and discussing projects, activities, and research on October 30th at 10 am and 2 pm.

“It allows students, faculty, and staff to get familiar with the state-of-the-art research being conducted,” says department head Jamal Yagoobi, who is already looking ahead to the wider community. “It will be great if we could go beyond WPI and reach out to local high schools, as well.”

This open house may be a new venture, but will be far from the last. Department officials hope to hold the events twice a year, says Yagoobi, and are making it a priority to spread the word about their work.

A Tale of Two Labs

Professor Greg Fischer of the Automation and Interventional Medicine (AIM) Laboratory, says the work done in his lab is definitely not well known — even on campus. “Often I find students who’ve had no idea about all the cool things going on,” says Fischer. “They get very excited when they find out.”

“Our core research thrust is on surgical robots and, in particular, image-guided robot-assisted therapy,” he says. Two of the main projects under way involve a brain cancer treatment involving an MRI-compatible robot and a robot for targeted prostate cancer biopsy and therapy. “We have a daVinci surgical robot that we are doing teleoperation research on. And we have assistive robots, including ones for stroke rehabilitation and autism therapy.”

Also that is opening its doors to the community is the Center for Holographic Studies and Laser micro-mechaTronics, which studies laser light interaction. Led by Professors Ryszard Pryputniewicz, Cosme Furlong, and Shawn Liu, the lab’s research involves radar technology, biomedicine, computational modeling, submarine technology, microtechnology, and other areas of study.

Both Yagoobi and Fischer hope the open house will be well attended. Fischer says it’s an opportunity for undergrads to find inspiration and to get ideas for graduate school as well. The staff, meanwhile, “can really get a good chance to see firsthand what they have been supporting. And it can help build faculty collaborations.”. Like Yagoobi, he hopes the open house can have a wider impact as time goes on. “We hope future open houses will be geared more toward people outside WPI, especially in industry,” he says.

Yagoobi says only good things can result from an exchange of ideas, research, and promoting the various fields within mechanical engineering.

“Ideas get developed when researchers get to talk and interact with each other,” he says, “collaboration is good for all, especially the students.”

“To have all levels — PhD, master’s, and undergrads —working together, is also good training for the world of work when students leave Higgins labs,” adds Fischer.

During the open house for both labs, light refreshments will be served.