More than $30,000 in Grants Awarded to Support Innovation by WPI Students, Faculty, and Alumni

The 2019 Kalenian Award program recognized five members of the WPI community for their innovations and creation of commercial products.

First place winners are biology and biotechnology professor Pamela Weathers for her work taking the medicinal plant Artemisia annua to its next step in fighting infectious diseases, including tuberculosis; associate professor of chemical engineering Michael Timko for his work on converting food waste into energy; and adjunct instructor of computer science Lenore Rasmussen for her work on robotic fingertip sensors that use electroactive polymers.

In second place were Anastasia Karapanagou for her work on a preliminary design for a “Train of Four” medical device that can assess muscle paralysis to prevent complications for patients undergoing anesthesia; and Nicolas Cyganski ’17, who has been working with a team of engineer-pilots prototyping a solution for fixed-wing aircraft autonomy that can be installed in almost any light aircraft with fewer than 20 seats and weighing less than 19,000 pounds.

The Kalenian Award, a competition established in 2006 by Alba Kalenian in memory of her late husband, inventor Aram Kalenian ’33, provides seed funds to support and advance the ideas and inventiveness of WPI students, faculty, and alumni.

The first place winners were each awarded a $10,000 grant, and two second place winners each received a $2,500 grant. Each grant is for 18 months. 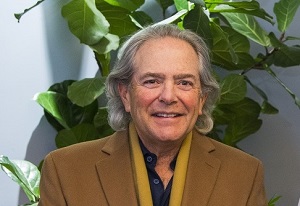 Paul Kalenian, an inventor and serial entrepreneur who lives in New Mexico, could not attend the event on campus this time, but has traveled to WPI in previous years to announce award winners and share stories about Aram, his father.

“Invent, patent, employ, and sell your start-up to a businessperson, then invest those proceeds into your next invention, and go do it again and again” was the message he passed on to young WPI students in a speech read by Gina Betti, outreach director at WPI’s Foisie Business School, during the November award ceremony in memory of the elder Kalenian. “… Invent, patent, employ, and if you do this often enough, remember that WPI is the place you learned this. Start an award program of your own. That’s what my father did and that is what I want to do.”

Award to encourage innovation and entrepreneurship

Aram Kalenian was an inventor who had numerous useful ideas and reduced many of them to practice, Betti explained. The purpose of the Kalenian Award is to encourage similar innovation and entrepreneurship at any stage of development from the WPI community, she said.

“Aram Kalenian's inventions and hard work provide the perpetual funds for the award," she said, and in this same spirit we hope that award recipients will succeed so well in life, as to "provide WPI with future award funds to encourage invention, innovation, and entrepreneurship in their own names.”

Betti sees trends in the types of inventions that are entered in the competition, with more cutting-edge technologies, software, and devices than in the past. “While the term ‘cutting-edge’ has a shelf life and is very relative to the times,” she said, “today’s advances in programming and the Internet have played an important role in the types of innovations we are seeing today.”

In the past, more tangible inventions were entered, including a powered arm orthosis submitted by Professor Allen Hoffman in 2006, she explained.

“Today we see more software products like Internet of Things security, and products driven by advances in robotics,” she pointed out. “The lines are blurred between the product itself and how it is used by consumers, so customer experience is an important, new consideration.”

According to Betti, from year to year approximately 20 percent of the competition applicants are WPI students, 65 percent are faculty, and 15 percent are alumni.

In his prepared remarks, Kalenian said that his father, who died in 1973, was “easily the smartest, most practical and observant person he had ever met. … All of his achievements were due in part to the trained eye of a WPI chemical engineer. He knew that the laws of nature were the basis of all engineering, and that realization permeated everything he did and patented. He achieved 48 patents and employed over 50 engineers and machinists at the time of his early passing.”

His father’s brilliance allowed him to work at Pratt & Whitney during World War II, Kalenian said, advancing their Wasp Major rotary piston engines with carburetors that worked at ever-changing altitudes and G-forces. After the war, his father started a precision machine shop that catered to Pratt & Whitney.