Prof. Weathers is an internationally recognized expert on Artemisia annua and artemisinin, having worked with the plant and its phytochemicals including the antimalarial drug, artemisinin, for >25 years. She is a Fellow of AAAS and SIVB, won many awards, given many national and international presentations, reviews manuscripts for many journals and proposals for many national and international funding agencies. She is an Associate Editor for multiple journals. Her lab was the first to genetically transform A. annua. Of her > 130 peer-reviewed papers, about a third focus on bioreactors and another third on artemisinin or A. annua and now also including A. afra. She also has 3 patents (2 more pending). As of January 2022, her Google H index was 46 with nearly 6,500 citations and an i10 index of 96. She spearheaded the edible A. annua concept for treating malaria and other diseases and has led research to date on the project to establish proof-of-concept. She has supervised >20 MS and 16 PhD students and more than 80 undergraduate projects with about half of all theses and projects related to artemisinin/Artemisia. For >30 yrs she has managed a multidisciplinary research lab that may consist of a mix of visiting scientists, postdocs, graduate and undergraduate students in engineering, biology, and biochemistry. She has hosted Fulbright Fellows and visiting international students in her lab. Besides teaching 2-4 courses a year, she has obtained significant funding from NIH, NSF, NASA, USDA, and the private sector for her research and students. She has also consulted to the Biotechnology Industry since the mid-1980s.

Her administrative and service experience spans academia, international activities and Boards, and the private sector. She has run two small businesses and consulted to the Biotechnology Industry. As one of several examples, she was Chair of the CFK International Board of Directors where she helped CFK establish itself as a recognized NGO in Uganda, win scholarships from Tullow Oil (Ireland) for Makerere University students, and advised, helped organize and spoke at the November 2012 International CFK meeting in Monyonyo, Uganda. She stepped down from Chair in 2012 to better pursue the edible Artemisia project. She has traveled to Africa four times, twice to Uganda. In academia during an extended sabbatical leave (2006-08) as Professor of Metabolic Engineering she was named the inaugural Judd Hill Chair of Agricultural Biotechnology at Arkansas State University in Jonesboro, AR. At ASU she was Director of their new Molecular Bioscience Ph.D. program, which she helped to initiate, organize, and run; she also helped recruit PhD students. As a member of the Society for In Vitro Biology (SIVB) she served on many committees and Chaired Student Awards since 2000. She served on the SIVB Board of Directors for six years having been thrice reelected as Public Policy Chair. As part of her Public Policy interests, she worked on a number of political campaigns, lobbied Congress to improve vote security, organized volunteers for voter outreach (canvassing and phoning) and organized local poll checking on Election Day.

Email
weathers@wpi.edu
Office Location
Life Science and Bioengineering Center 4022
Contact
Phone:
+1 (508) 8315000 x5196
Plants are so cool! They can do so many things that animals can’t, such as full regeneration from a single cell or from a part of a plant, e.g., a piece of leaf or root. Plus they make so many different, useful compounds or materials.

END_OF_DOCUMENT_TOKEN_TO_BE_REPLACED 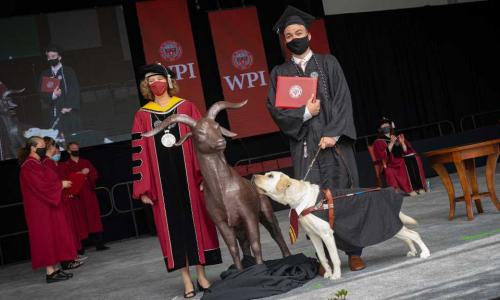 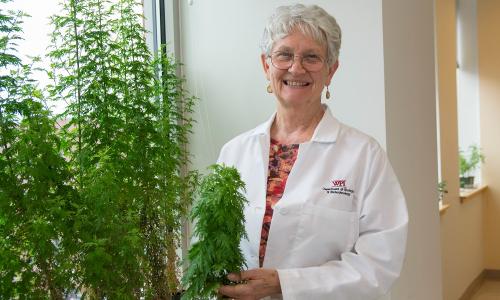 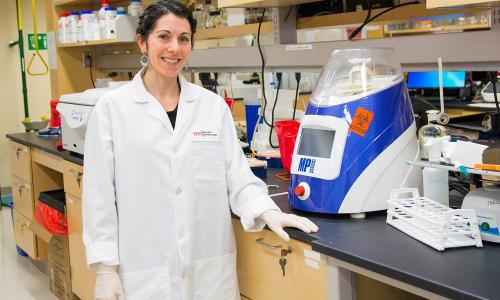 Boston 25 News reported on WPI biology professor Pamela Weathers being part of a team of researchers finding that extracts from leaves of the medicinal herb known as sweet wormwood inhibit the replication of COVID-19 and two of its variants. (7:36:31 mark)

WBZ reported on WPI biology professor Pamela Weathers being part of a team of researchers finding that extracts from leaves of the medicinal herb known as sweet wormwood inhibit the replication of COVID-19 and two of its variants. Plays at time mark 19:07:26.