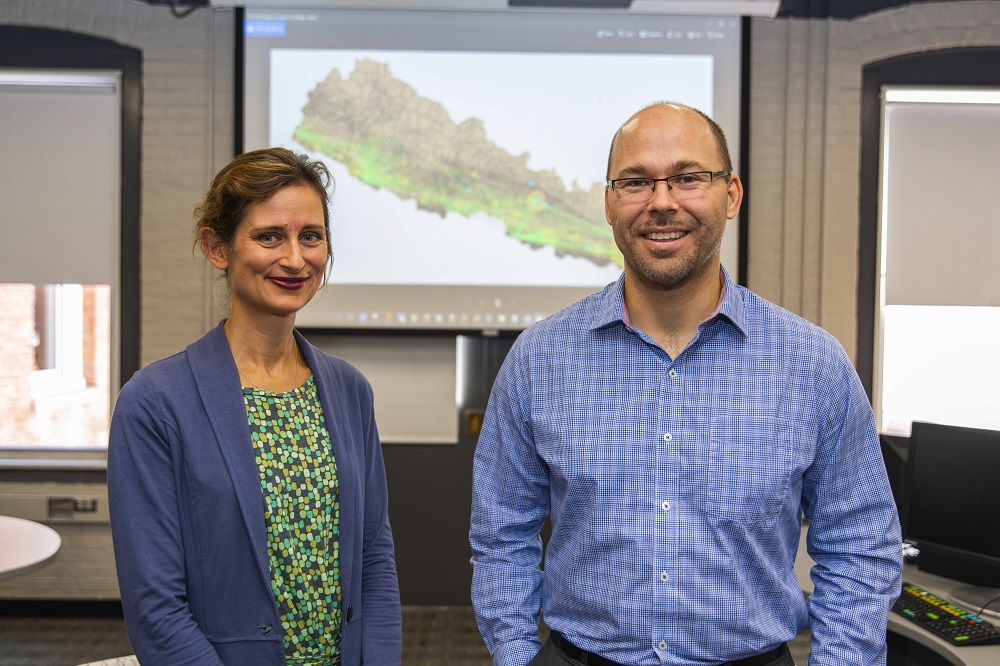 Renata Konrad is working with colleague Andrew Trapp and others to disrupt human trafficking networks.

Researchers in the Foisie Business School will use data analytics and operations research to uncover the illicit supply chains that support traffickers.

With a one-year, $145,000 award from the National Science Foundation (NSF), researchers in the Foisie Business School at Worcester Polytechnic Institute (WPI) will explore how analytical tools commonly used in industry can be employed to attack human trafficking networks worldwide by ferreting out the supply chains that sustain them. The grant is one of nine early concept awards recently announced by the NSF as part of a concerted effort to detect, disable, and disrupt illicit supply networks.

“Human trafficking is a critical problem throughout the world,” said principal investigator Renata Konrad, associate professor in the Foisie Business School. “While trafficking activity is supported by illicit supply chains that are hidden from sight and not well understood, we believe we can use operations research and data analytics tools to detect these supply chains and thus help disrupt the trafficking networks.”

Worldwide, tens of millions of people are believed to be victims of human trafficking. Victims are forced into slavery for commercial sex, as beggars and child soldiers, as domestic workers such as housekeepers and nannies, or as factory workers and laborers in manufacturing, construction, mining, commercial fishing, food service, agricultural, and other industries. Human trafficking generates an estimated $150 billion annually in illegal profits and is one of the largest sources of profit for global organized crime, second only to illicit drugs.

Through the grant, titled “A Data Analytic Approach to Understanding Human Trafficking Networks,” Konrad and colleagues will also lay the foundation to develop techniques to help anti-trafficking agencies better prioritize their limited resources for the greatest impact by targeting areas most affected by traffickers.

The team will study border control and transit center interception data to identify key aspects of labor and sex trafficking networks from the perspective of traffickers and victims. They will analyze similarities and key differences with traditional supply chain networks using data analysis and operational tools, which will be developed and evaluated by a transdisciplinary team of operations research, data science, human trafficking, and law enforcement experts.

The methods developed will combine data science and social science approaches to account for regional, cultural, and population differences.

The nine EArly-concept Grant for Exploratory Research (EAGER) awards recently announced by NSF will “advance scientific understanding of how such illicit supply networks function—and how to dismantle them,” according to the NSF. The awards leverage fundamental research, “taking an engineering systems-based approach made far more powerful by the integration of other scientific disciplines.” The NSF’s Engineering, Social, Behavioral, and Economic Sciences, and Computer and Information Science and Engineering directorates jointly supported the awards.