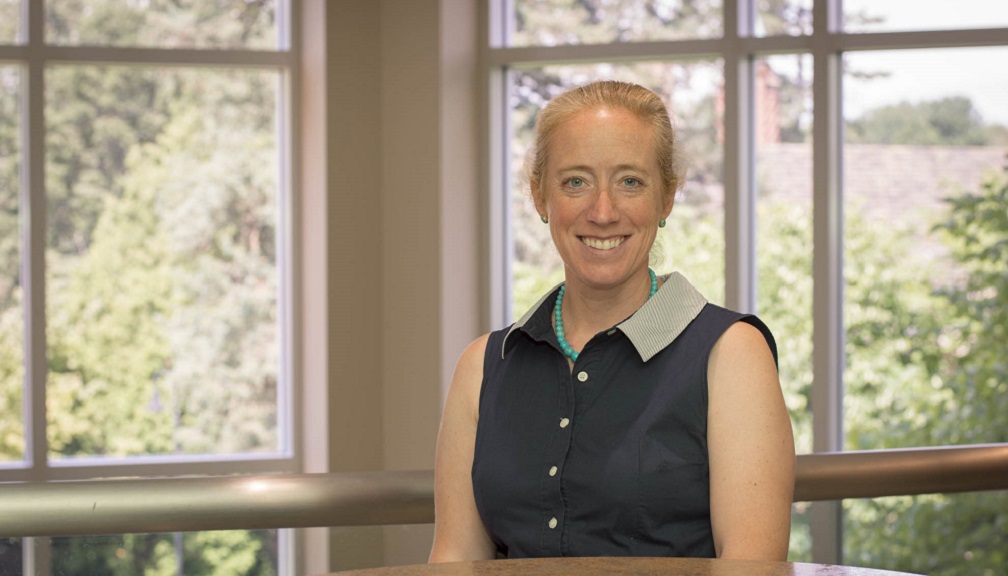 Students and faculty members are beginning to arrive for the 2017–18 academic year. Among them is Emily Douglas, a recent Congressional Fellow and the new head of WPI’s Department of Social Science and Policy Studies.

Previously associate professor in the School of Social Work at Bridgewater State University, Douglas was also director of the National Research Conference on Child and Family Programs and Policies. Her research focuses on child and family well-being, as well as the implementation of programs and policies that can ensure positive outcomes for children and their families.

Her relocation to Worcester will be a homecoming of sorts: she completed her undergraduate degree in psychology at nearby Clark University, and her MS and PhD in public policy at the University of Massachusetts-Boston.

She began working in the social services sector, where she soon questioned the effectiveness of services being provided to the children and families she was working with.

“That really led to my interest in looking at social policy and programs to address changes in the lives of children and their families, and examining if what we’re doing [to help them] is actually working,” she explains.

In true WPI fashion, Douglas spent her time outside the classroom effecting change in other communities. With a track record that includes testifying in 2014 before the National Commission on the Elimination of Child Abuse and Negligent Fatalities and speaking at the Massachusetts State House in 2011 and 2015, it’s no surprise she was selected to spend the last year working as a Congressional Fellow in Washington. Sponsored by the Society for Research in Child Development, and the American Association for the Advancement of Science and Technology, she worked for U.S. Sen. Ron Wyden (D-Ore.) and for the Senate Finance Committee.

Largely working on child welfare policy issues, Douglas says the experience was invaluable, and provided her with many skills and connections she looks forward to bringing into her work at WPI. “I learned a lot about the connection between research and policy," she says, "how practitioners in the field reach out to congressional staffers, and how to distill complex ideas so they can be communicated across audiences.”

She looks forward to working with her new colleagues to revisit the mission and vision of the department, and to potentially bring in more majors.

While at first glance it might seem unusual for someone with an extensive background in social science to choose to join a technological university, Douglas says that’s exactly what drew her to WPI in the first place.

“I’ve always been interested in working in a multidisciplinary department, so that’s something that interested me right away,” she explains. In addition to WPI’s reputation as a university that emphasizes theory and practice, she says she also appreciates the friendly, welcoming campus environment she’ll be joining later this month. “I’m excited about the opportunity.”