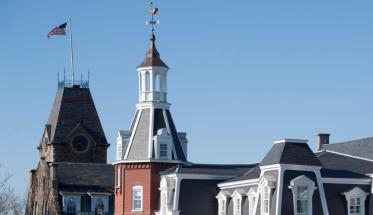 Worcester Polytechnic Institute (WPI) has announced the appointment of new leaders for two of its 14 academic departments. Emily M. Douglas, PhD, currently associate professor in the School of Social Work at Bridgewater State University, will join WPI in August as a full professor and head of the Department of Social Science and Policy Studies. John A. McNeill, PhD, a faculty member at WPI since 1994, has been named head of the Department of Electrical and Computer Engineering. 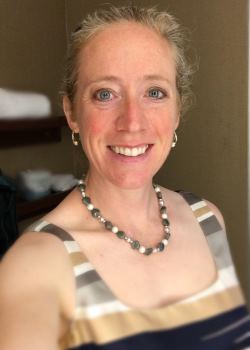 Douglas, whose research focuses on child and family well-being and programs and policies that promote positive outcomes, is currently completing a year in Washington, D.C., as a Congressional Fellow with the Society for Research in Child Development and the American Association for the Advancement of Science. She is working with Oregon Senator Ron Wyden and the Senate Finance Committee on social welfare and human service policy.

The author of Child Maltreatment Fatalities in the United States: Four Decades of Policy, Programs, and Professional Responses (Springer, 2016), Douglas has conducted research on fatal child maltreatment, the child welfare system, corporal punishment, and divorced families. Working with colleague Denise Hines at Clark University, she conducted some of the first large-scale research projects funded by the National Institutes of Health (NIH) on men who sustain female-to-male partner violence and seek help, as well as the outcomes for their children. She was invited to testify before the National Commission on the Elimination on Child Abuse and Negligent Fatalities in 2014; she spoke at the Massachusetts State House in 2011 and 2015; and she was appointed in 2002 by then Maine Governor Angus King to a state commission on fatherhood issues.

A faculty member at Bridgewater State since 2006, she was named a Presidential Fellow in 2010, which allowed her a full academic year to focus on her research on maltreatment fatalities and the child welfare system. While at Bridgewater State, she founded and directed the National Research Conference on Child and Family Programs and Policies.

She previously worked at the University of New Hampshire (UNH), where she has been a research associate in the Family Research Laboratory since 2004. She is the author of three other books on family policy issues and more than 50 peer-reviewed publications. She earned a BA in psychology at Clark University and an MS and a PhD in public policy at the University of Massachusetts Boston. She completed a postdoctoral research fellowship at the UNH Family Research Laboratory with support from the NIH, where she worked on the International Dating Violence Study.

“I am honored to be selected as the next head of the Social Sciences and Policy Studies Department,” Douglas said. “I look forward to joining a rich intellectual community and a warm and welcoming campus.” 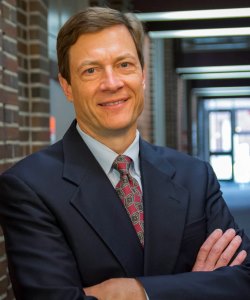 ​McNeill spent nearly 10 years in the electronics industry before joining the WPI faculty, and he maintains close ties to industry as founding director of the New England Center for Analog and Mixed Signal Design, a university-industry collaboration that conducts research on cutting-edge mixed signal (analog + digital) integrated circuits and systems.

He has just completed a year as a visiting researcher at the University of Massachusetts Medical School (UMMS) working on a team developing a wearable wireless sensor for prevention of bedsores in convalescing patients in hospitals, as well as for those in home care and long-term care facilities or in wheelchairs. The disposable sensor patch continuously senses pressure, temperature, and moisture on at-risk locations on the body, transmits data over a wireless link to a smartphone, and issues an alert when action is necessary to relieve pressure and prevent formation of a bedsore. Initiated with support from a WPI/UMMS seed funding program, the project’s value has been recognized with funding McNeill has helped secure from the Massachusetts Technology Transfer Center, the UMass Office of Technology Commercialization and Ventures, and the Massachusetts Medical Device Development Center $100K Challenge.

In addition to his work in biomedical sensing, McNeill’s research interests include jitter (noise) in integrated oscillators and digitally assisted calibration of analog-to-digital converters used in low power sensor systems. With colleagues at Analog Devices, he received the Lewis Winner Best Paper Award at the 2006 International Solid State Circuits Conference, the largest international conference held by the Institute of Electrical and Electronics Engineers (IEEE). Supported by more than $2 million in funding from the National Science Foundation (including a 1997 CAREER Award, the NSF’s most prestigious award for young faculty), other federal agencies, and industry, his research has resulted in six patents and over 60 peer-reviewed papers and conference presentations. He is the co-author of The Designer’s Guide to Jitter in Ring Oscillators (Springer, 2009).

McNeill’s work as an educator has been recognized several times over the years. In 1999 he received the WPI Board of Trustees’ Award for Outstanding Teaching and he has won the Eta Kappa Nu Outstanding Electrical Engineering Professor Award three times (in 2000, 2008, and 2013). In 1995 he received the Joseph S. Satin Distinguished Fellowship in Electrical Engineering at WPI. In 2007 he was one of the two inaugural recipients of WPI’s Chairman’s Exemplary Faculty Prize, which honors outstanding faculty members for excellence “in all relevant areas of faculty performance.”

McNeill says his vision is to continue building an environment in ECE that supports the kind of collaborative research in which he has recently been engaged. “Our students are graduating into a world that demands versatile engineers with an interdisciplinary mindset,” he said. “WPI’s educational approach, balancing teaching and research, is just what this world needs. It is a tremendous honor to be chosen to lead this department, and I will work every day to live up to the trust the WPI community has placed in me.”