When Jean King takes the helm as the new Peterson Family Dean of Arts & Sciences next month, the change will be both familiar and foreign. The renowned neuroscientist comes to WPI after more than 20 years at UMass Medical School and she says she is most anticipating getting to know WPI on a deeper level.

But there’s one thing she has in common with most people on campus.

“I have a weak spot for IQPs,” says King, who earned her PhD in neurophysiology at New York University, holds three patents, and directs consistently well-funded research. “IQPs very much speak to me as a person. Working on interdisciplinary teams to solve a problem that intersects with society … is how we bring meaning to science and bring meaning to STEM itself. It brings such a unique perspective.”

King rose to leadership at UMass as a scientist and is devoted to discovering ways to help those with mental health or neurological disorders. Since 2007, she has served as vice chair of research in the Department of Psychiatry; as director of the Center for Comparative NeuroImaging; and as a tenured professor of psychiatry. 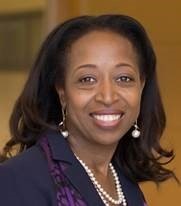 Through these roles, she formed various successful collaborations with WPI faculty and departments. While she is a familiar face to many and is well acquainted with WPI, she is especially anticipating the possibilities as she meets students, faculty, and staff and becomes immersed in all WPI has to offer.

King feels strongly about WPI’s strategic plan and the components of innovation and undergraduate education that align with what she cares about. “It’s like having everything you like in a bucket instead of dispersed,” she says. “There’s lots I do around diversity, service, faculty development, and student development. I am most looking forward to having my passion and purpose aligned in one spot. Bringing it all together makes me feel whole, and I am looking forward to that.”

After more than two decades at UMass and with significant relationships in the Worcester community (including board appointments at YWCA, Daybreak Resources for Women and Children, the EcoTarium, RSVP of Worcester, and The Massachusetts Society for Medical Research, and Girls Inc., among many others), King is happy to have this opportunity at WPI without having to relocate. “I am grounded in this community,” she says. “It somewhat feels unreal, the idea that I get to do this and not have to leave my community. I feel so lucky to have all these aspects of myself aligned.”

And she is ready to get going. With the WPI Plan at the top of her mind, King is eager to let the world know that WPI is a place for a well-rounded education that produces talented scientists and engineers, but also students who make an impact that is well thought out and planned. She says that having faculty who are engaged with the students—working closely with them and with the work they are doing—is invaluable to our students, the entire WPI community, and ultimately, the world.

The humanities and arts bring all that together, she says. “We are not just innovators and we’re not just great engineers. You’re not just going to school and building solutions, you’re building value-added solutions in the context of a society—and that’s what I feel makes WPI so distinctive.” Technically trained students are essential to progress, she says, but if they do not have the understanding of society’s ethical boundaries and moral issues, they are missing a big connection to how to make the world a better place.

Those who know of WPI often don’t realize the depth and breadth of WPI’s arts and sciences offerings, says King, and she is ready to change that. “I want to allow people outside of WPI to know that the arts and sciences at WPI is at the level it is,” she says, noting that she is inspired by all WPI has to offer faculty and students.

That well-rounded education mirrors King’s own undergraduate years. As a student at St. Francis College, a small liberal arts school, her passion for science was nurtured and advanced, while her ability to connect it all with the larger world blossomed and shaped her scientific voice. “I bring a different sense of what the sciences should be doing,” she says. “It’s not solely about innovation; it has to be connected to how we are going to make society better and how we are going to make people’s lives better. And it’s connected to how we are going to be better people because of what we do each day.”

A long-time mentor to many younger scientists, she says her withholding of judgment and her openness to different approaches helps her support young scientists so they find their own paths. “I always say I aspire to inspire my students to thrive,” she says. “I want them to understand they can change the world—they can use their minds to change the world.”

“We are not just innovators and we’re not just great engineers. You’re not just going to school and building solutions, you’re building value-added solutions in the context of a society—and that’s what I feel makes WPI so distinctive.”  - Jean King

Amid the rapidly changing fields of engineering and science, King says the arts and humanities offer a foundation from which to build innovations. There is no way to tell where science will take humanity, but the valuable traditions, lessons, stories, and discoveries gained from understanding a global context will help inform how scientists use their knowledge for the future good and understand how and why what they are doing matters.

“People ask me when I knew I wanted to be a scientist,” she says. “I don’t remember that moment because I never had one. I never thought I would be anything else.” As a child, King’s sentences generally started with “Why” or “How.” She spent lots of time in nature or examining everything in the house (the washing machine was a particular fascination because she wanted to know just how it worked) and her curiosity was insatiable.

In college, she augmented her science coursework with liberal arts offerings that gave her new perspectives. “It helped me frame the kind of scientist I wanted to be,” she says. “It was clear I wanted to relieve human suffering and to impact people.” Her focus on neuroscience ensured that her impact would be felt globally by millions of people. With one in five worldwide affected by neurological disease or mental health issues (and a global population of approximately 7.5 billion), King says advances in this field would impact untold numbers. “This is human suffering,” she says. “We are finding solutions for staggering amounts of people. There is not a day when I don’t think of this.”

King knows it’s a never-ending path. She says she supports younger scientists and encourages the field because new minds are needed to continue the work. “I tell them, ‘This is what I have done, and I need you to take it to the next level,’” she says of her students. “We are their support system.”

There’s one thing King knows for sure, and it drives her work. “We should be using our brains to help the world,” she says. “I’m not sure if there’s anything else we should be doing.”