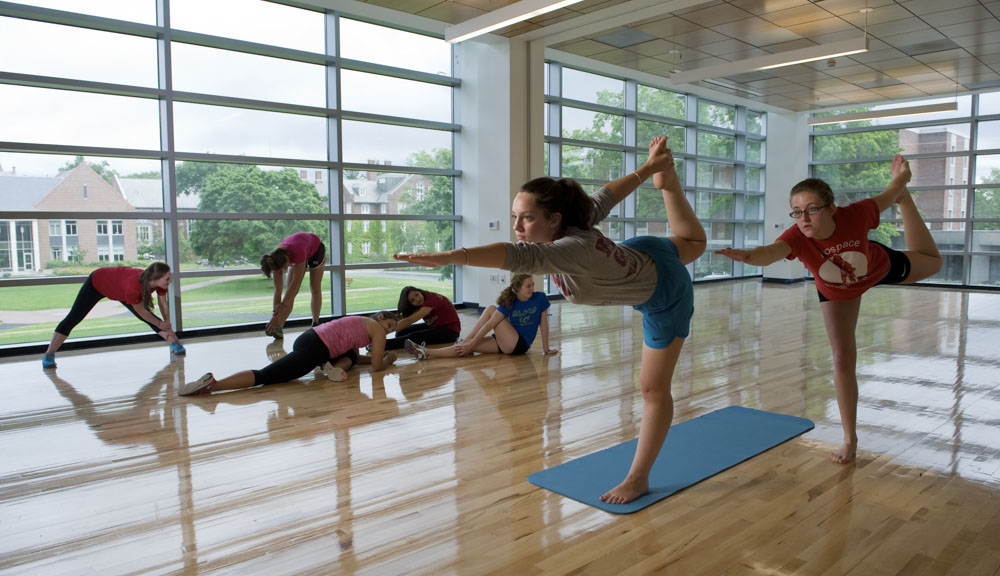 Being a PhD candidate is a stressful endeavor, and as such, many students take it upon themselves to find ways to relax and take time for themselves. For Mark Strauss, a doctoral student in materials science and engineering, he took things one step further: after years of practicing yoga, he’s now a certified instructor, and has been teaching classes on campus during E-Term. As part of International Yoga Day, we sat down with Strauss to learn more about his yoga experience, and what led him to continue his practice at WPI.

Strauss’s history with yoga began nearly five years ago, when he experienced numerous health problems, most of which he found couldn’t be solved with traditional medicinal remedies. “I needed to find something alternative to make [my health] better,” he recalls. He began going to yoga sessions nearly every day for months and eventually years, and the problems he’d been having subsided, which was more than enough of a reason for him to become a yogi for life.

He began studying and practicing a wide variety of yoga styles in Tucson, Ariz. before moving to Colorado for graduate school. There, he became fascinated with and inspired by bowspring yoga, a type of practice that focuses on posture and emphasizes the strength of the body’s natural curves. After being told he had what it takes to become a yoga teacher, Strauss signed up for teacher training in the fall of 2014 at Vital Yoga in Colorado.

“I didn't have time to start teaching then [after training], because I was so busy with grad school,” he explains, “so when I came to WPI, I just needed to teach … and I was really inspired to be able to do that.”

This is the first summer Strauss has ever taught yoga, and so far, he considers the experience to be greatly enjoyable, noting  that due to his engineering background, it’s easy for him to regularly notice small details throughout class, like the subtle ways both he and his students change from the beginning of class to the end. “I can see a direct effect of my teaching, on myself and other people, and I appreciate that. It really brings me joy,” he says.

“I can see a direct effect of my teaching, on myself and other people, and I appreciate that. It really brings me joy." -Mark Strauss

When asked what his favorite part of practicing yoga is, Strauss is quick to answer. In addition to improving his public speaking and communication, he explains, “I like the awareness of yoga, the fact that it has a long history, and that it brings me more awareness in my own life.

“When you practice it, there’s a different sort of skill set you bring out from within yourself that you might not have been aware of before … As engineers, we’re used to such logical thinking, and there’s also a logical skill set within us. [Yoga] is more intuitive and more feel-oriented, something that can actually be very useful to our careers.”

Strauss will be teaching yoga classes on Tuesdays and Thursdays, 5-6:15 p.m. in the Sports & Recreation Center through June 29. Check out the class listings in the University Calendar for more information.