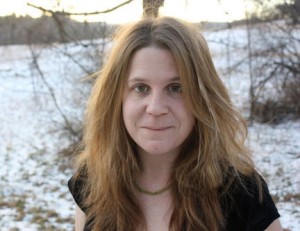 Life presents a rollercoaster of experiences, from the joy of love, to the sadness of loss. Katie Peterson, professor of practice, poetry and creative writing at Tufts University, catalogs this journey through her new works Permission and The Accounts.

Peterson will be reading from her new poetry collections Thursday, Sept. 26, at an event in Salisbury Labs 104 at 4pm.

Peterson’s poetry reading coincides with the release of her new books. Permission, published by New Issues Poetry & Prose, is set to release September 16, while her third book, The Accounts, published by the University of Chicago Press, will come out September 24.

“I think any poet will tell you that poetry is more like math than a novel,” Peterson says.

“[Peterson] is pulling off a significant feat next month, with two collections of poetry being published within 10 days of each other,” says Jim Cocola, assistant professor of Literature, film, and media. “She’s a poet who’s published widely, and is someone who writes poetry that has experimental and traditional qualities. She really brings out the best of those in her work.”

Peterson found natural landscapes, both from the American West and New England, influential in her work, and attempts to intertwine the landscape with her love poems. This harmony exists in Permission, where the main focus is love. 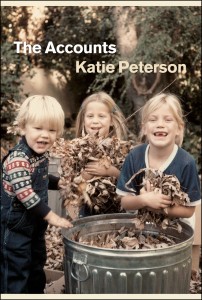 She takes an autobiographical approach in The Accounts, where the death of her mother from cancer in 2008 created the inspiration. The Accounts takes not only Peterson’s perspective on her mother’s life and passing, but also “the accounts” of her siblings and their experience.

“[Death] is the kind of thing that happens to you, and there’s nothing you can do but write about it,” Peterson says. “It took me a long time to figure out how to write about it, but that’s ultimately what I did. I was compelled to write poems that treated not only my version of the story, but the idea that there were other versions of the story, too.”

Despite WPI’s having a culture of technology as opposed to a liberal arts orientation, Peterson feels that her poetry could strike a chord with the student body. She views poetry 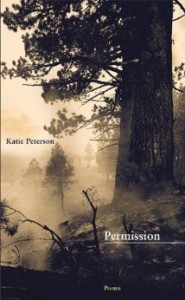 in the same light engineers view their work, utilizing a creative process that follows a strict set of rules; but instead of working with technology or machines, she manipulates language.

“I think any poet will tell you that poetry is more like math than a novel,” Peterson says. “It’s so intricate about how it’s made. It’s all about its construction. I hope to talk about the creative form and intricacy that poetry brings about.”

In addition to delving into the content of her new works at the reading, Peterson will likely discuss the structure of some of her poems. One such structure is the sestina, which features a strict mathematical form relying on the repetition of words, explains Peterson. She will also highlight a new form she developed where two poems fuse into one, alternating line by line.

Peterson will also discuss her first book, This One Tree, published in 2006 by New Issues Poetry & Prose, which explores her childhood and the natural world.