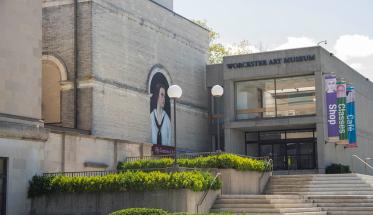 Tomorrow’s event is first in Clemente Course in the Humanities

Poet Naomi Shihab Nye has always believed in the power of the written word to celebrate the diverse cultures that inhabit the world and the common humanity we share.

“Literature is one of the best bridges among us. And it is a beautiful bridge without a toll,” she wrote in an essay in English Journal. “Books, stories, poems, encouraging a deepened empathy and respect for one another, especially for those 'others' whom one might have imagined to be 'unlike ourselves,' serve a great purpose in the current sorrowing time.”

Shihab Nye will offer her poems and perspective this week in the kickoff event of Worcester’s Clemente Course in the Humanities. The course provides books, childcare, tuition, and transportation to low-income adults seeking accredited college-level instruction in an interdisciplinary course of study. 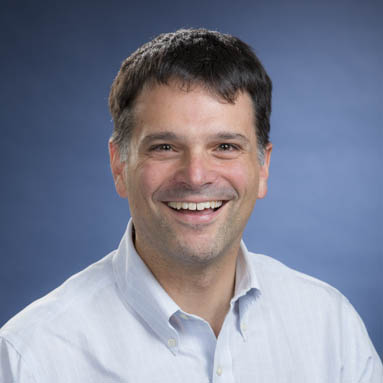 NO HUMAN IS ILLEGAL: A Conversation with Naomi Shihab Nye about Breaking Down Walls with Poetry is scheduled for Thursday (September 28) from 3 to 4:30 p.m. at the Worcester Art Museum.

Shihab Nye grew up in Ferguson, Missouri, and San Antonio, Texas, and spent time as a teenager with her Palestinian grandmother in the West Bank. Her work bespeaks her passion about the need for people to connect.

WPI professor of literature Jim Cocola, who teaches in the Clemente Course, thinks Shihab Nye is the right person to inaugurate the course at a time of increased concern over the plight of immigrants and refugees.

“From our perspective, issues concerning immigrants and refugees have been front and center of late, drawing attention from the executive branch, the news media, and the general public alike,” says Cocola, the course’s academic director.

“Because the public of the Clemente Course in the Humanities here in Worcester consists of many students who are themselves immigrants or refugees, together with many other students who have strong kinship connections to immigrants and refugees," he says, "we felt a responsibility to introduce our incoming class to a highly visible figure in the humanities and arts who has contended with these issues, as a way of welcoming our new cohort on their eight-month journey in the Clemente Course.”

Assumption College professor Lucia Knoles, who teaches the Clemente Course summer class and worked to get funding for tomorrow’s event from the Massachusetts Foundation for the Humanities, points to Shihab Nye’s ancestry and her upbringing in an invitation to the event that she sent to area faculty.

“As the daughter of a German-American mother and a Palestinian refugee father, Naomi Shihab Nye knows firsthand the courage it takes to cross borders,” Knoles writes. She described the poet as a person who “learned that the ‘real heroes’ were always ‘those people who stepped out of their own line to form a larger circle.’"

Cocola is one of three WPI faculty members who teach in the course, which covers critical thinking, literature, art history, moral philosophy, and U.S. history in classes at the Worcester Art Museum. The others are humanities and arts professors Alexandrina Agloro and Ruth Smith. Clark University professors Barbara Beall-Fofana and Ousmane Power-Greene also teach in the course, which is now in its fourth year. 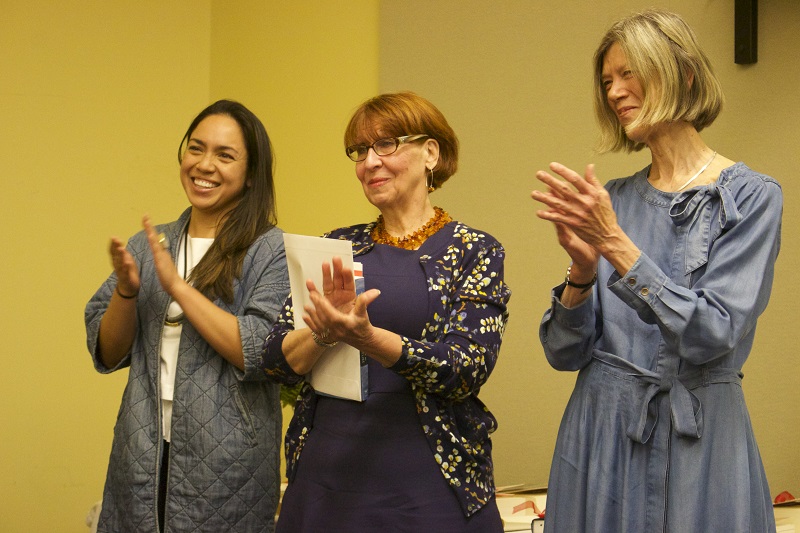 Among the organizations assisting the course are Bard College, which provides the academic credit, the Massachusetts Foundation to the Humanities, which offers funding, and Worcester Interfaith, the local sponsoring organization.

Shihab Nye, who lives in San Antonio, published her first poem in the second grade and has never stopped. Over the past 40 years she has written some 30 books, including poetry collections, short stories, novels, children’s and young-adult literatures, and essays. She is also a song writer.

She has traveled to numerous countries leading writing workshops and gathering details of her everyday existence. She has won many awards and fellowships, including four Pushcart Prizes, the Jane Addams Children’s Book Award, and the Paterson Poetry Prize.

Her work draws on the images and events she sees around her, illuminating the unique colors in culture.

“My poems and stories often begin with the voices of our neighbors, mostly Mexican American, always inventive and surprising,” she wrote for Four Winds Press. “I never get tired of mixtures.”

Shihab Nye’s work endeavors to break down the walls people have built between one another, to work against the feelings of “otherness” that drive us apart. She celebrates her Arab American roots and has become an active voice for Arab Americans, speaking out against terrorism and prejudice.

“There are people in this world who believe, truly believe, in connections,” she writes in her English Journal essay. “Nothing can talk us out of them. All the tragically bad human behavior of recent years cannot sway us from our conviction that the majority of beings on our planet want, and need, to live peacefully together.”

In her poetry collection Hugging the Jukebox she evokes the connections between diverse people in the lines “We move forward / confident we were born into a large family, / our brothers cover the earth.”

“Because the public of the Clemente Course in the Humanities here in Worcester consists of many students who are themselves immigrants or refugees, together with many other students who have strong kinship connections to immigrants and refugees, we felt a responsibility to introduce our incoming class to a highly visible figure in the humanities and arts who has contended with these issues, as a way of welcoming our new cohort on their eight-month journey in the Clemente Course.” -Jim Cocola

And in her poem “Gate A-4” she uses the image of powdered sugar as a symbol of our connectedness. She relates how she calms down an old Arab woman in the Albuquerque Airport terminal, by telling her in Arabic that the plane they are waiting for has not been cancelled, but delayed. They become friends and the woman offers homemade mamool cookies covered in powdered sugar to the poet and the people at the gate. No one turns down a cookie.

“The traveler from Argentina, the mom from California, the lovely woman from Laredo, we were all covered with the same powdered sugar,” Shihab Nye writes. “And smiling.”

Her description of the event that has led to the title of the talk – No Human Is Illegal – also conveys her keen use of the detail she observes and her commitment to connectedness.

She writes about seeing the affirmation on a handwritten sign on a wall in Claremont, California.

“Because I live in a Texas city with a high majority of Latino residents and an ongoing conversation about citizenship and human rights the sign caught me up,” Shihab Nye writes. “I had never seen the truth stated so simply before.”

Cocola said that Shihab Nye’s visit follows a successful kickoff event last year, when poet and University of Massachusetts professor Martín Espada gave a reading at WPI, attended the first community dinner for the Clemente Course in the Humanities, and then visited the first poetry session of the course, where he engaged in a 90-minute dialogue with a group of 30 students.

“Naomi Shihab Nye will play a similar set of roles this coming Thursday," says Cocola, "and we hope to make such a kickoff event an annual feature of the Clemente Course in the Humanities here in Worcester.”