“A lot of people said they appreciate seeing us out here, taking note of this special day.” – Cadet Andrew Andraka

An ancient beech tree, a table set for one, and the American and POW-MIA flags were the backdrop for a silent and solemn vigil that took place on campus through the day Friday to honor members of the U.S. armed forces who were held as prisoners of war or are still missing.

National POW/MIA Recognition Day is not a federal public holiday in the United States but it is a national observance, one that is held at WPI by the Strike Eagles drill team of the university’s Air Force ROTC program. 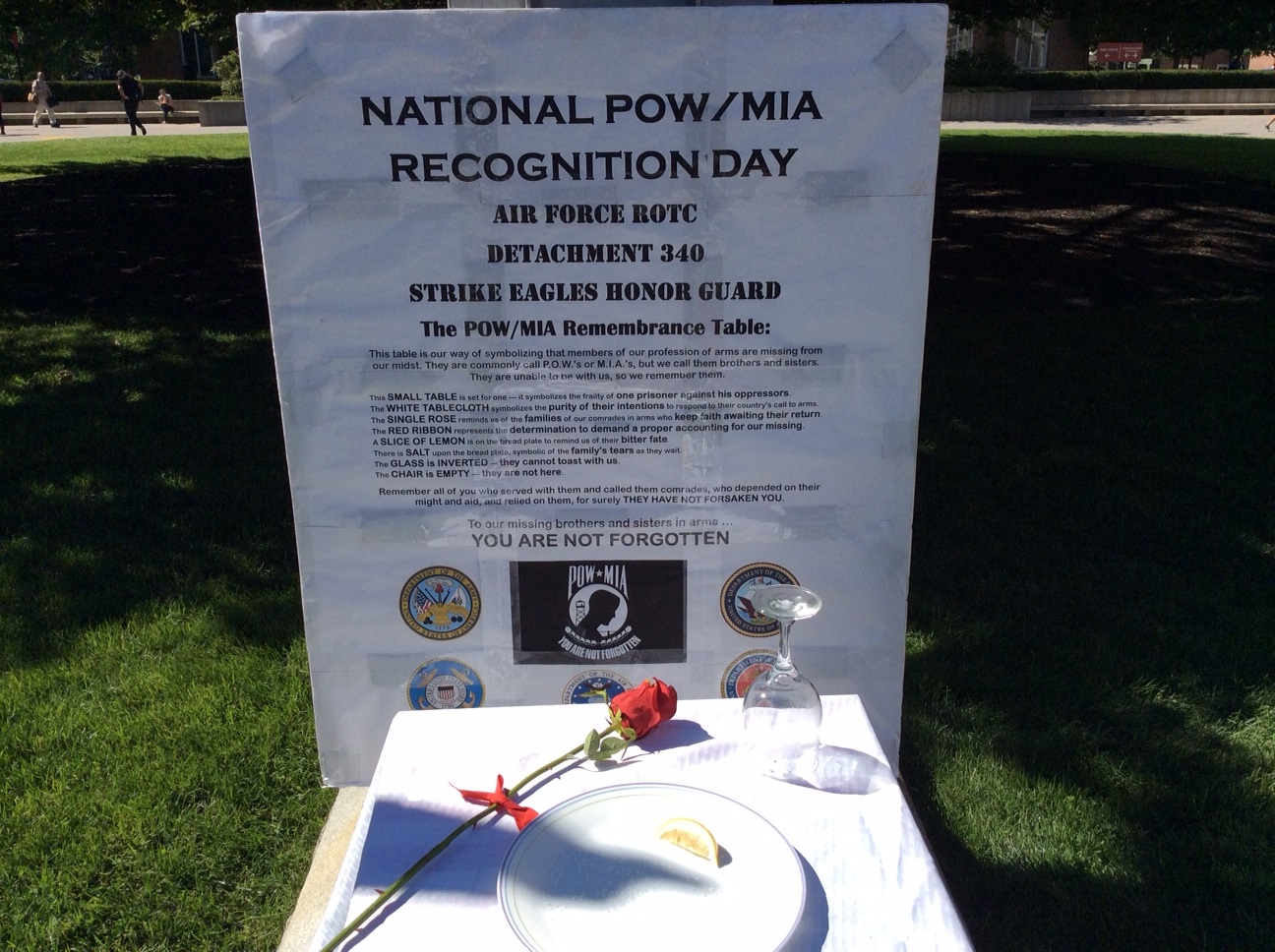 While one Air Force ROTC cadet stood, head bowed as sentinel, another, with rifle over his shoulder, marched with slow and deliberate steps around the traffic circle at Alden Memorial. The table—set with a white tablecloth, a red rose, red ribbon, an inverted glass, and a slice of lemon, next to an empty chair—is symbolic of the individual soldiers, sailors, and airmen who did not return from battle.

“I’ve been getting a lot of really positive feedback,” said Cadet Andrew Andraka, commander of the Strike Eagles drill team. “A lot of people said they appreciate seeing us out here, taking note of this special day. Some are saying, ‘Thank you for what you’re doing. Thank you for making sure campus life is aware of what’s going on.'”

On this day, many Americans across the United States pause to remember the sacrifices and service of those who were prisoners of war, as well as those who are missing in action, and their families.

In 1979 Congress passed a resolution authorizing National POW/MIA Recognition Day, which is now observed on the third Friday of September.