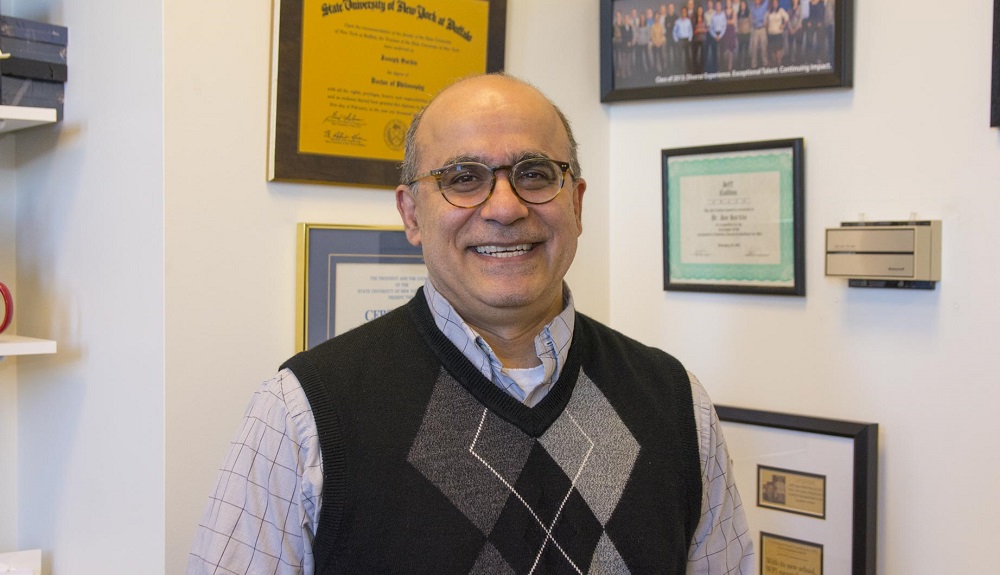 Being recognized by your peers is probably one of the most satisfying accomplishments one can experience as a professional.

In that respect, Professor Joseph Sarkis has distinguished himself. A department head within the Foisie Business School, Sarkis recently made the esteemed “Highly Cited Researchers” list for 2016. The distinction is based on Thomson Reuters’s vast database of research journals and articles, which is used to identify writers who are frequently referenced in academic scientific publications. The mass media firm ultimately calls the group the “Most Influential Scientific Minds.”

The list names a total of 3,200 researchers whose work varies widely in discipline. “The database for Thomson Reuters is very exclusive,” says Sarkis, who is one of only 150 researchers to be listed in the engineering category. “It’s typically used as gold standard for journal indexing in which only the top journals in each academic discipline are included.”

His inclusion is based largely on his research in the burgeoning field of green and sustainable supply chains. He has authored and co-authored hundreds of publications, and his 2004 paper, Relationships Between Operational Practices and Performance Among Early Adopters of Green Supply Chain Management Practices in Chinese Manufacturing Enterprises, is his most highly referenced—it’s been cited 1,333 times, according to his Google Scholar page.

Additionally, Sarkis has been identified by a publication in Scientometrics as the most productive researcher in the field of supply chain management from the years 1995 to 2015.

“I was one of the early people involved in researching the area,” says Sarkis. “The field is still young. There are lots of possibilities.”

As he explains it, the work so far has been highly focused on China, as the majority of supply chains have ties to the emerging superpower. Emphasis has been on promoting “good practices,” investigating various pressures to supply chains, and identifying ways to manage those supply chains in efficient ways. His research has also focused on developing models to help businesses and organizations reduce their environmental footprint, as well as manage hazardous waste materials use and resource depletion.

“Essentially, it’s going beyond the financial aspects and the business aspects in the supply chain to think about ethical, social, and environmental issues,” he says.

More recently, the work has broadened to include developing suppliers, helping them to be greener and more proactive about their business practices when it comes to the environment. “The environment needs to be considered by industry because of all the damage that’s occurring,” says Sarkis. As he notes, the question becomes, “How do you help suppliers become greener or more environmentally sound?”

Ultimately, it’s a rewarding field of study he says he plans to keep focusing on for years to come. “One of the things that attracts me to this research is that it’s doing good,” he says. “Social good and impact is an important aspect of this research.”