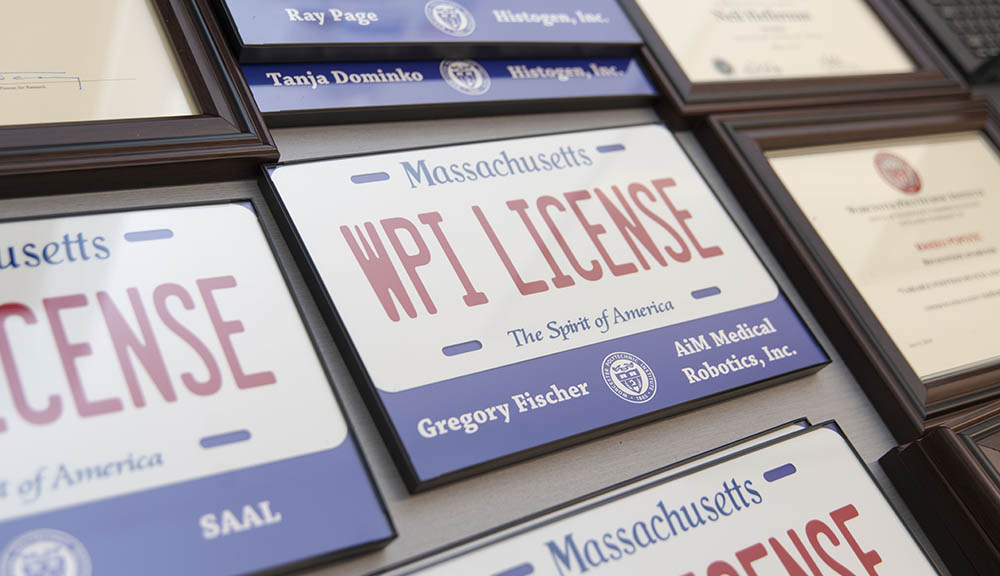 Record Number of Students Filing for Patents, Licensing Their Innovations

NAI Celebration Recognizes Faculty and Students for Initiative and Creativity

When Brian Hanlon ’90, director of the Office of Patent Legal Administration in the U.S. Patent and Trademark Office, attended WPI he spent most of his time in Alumni Gym.

So it was fitting, he said, that he was delivering the keynote address at the annual meeting (May 6) of WPI’s chapter of the National Academy of Inventors (NAI) in the new Foisie Innovation Studio––the front door to innovation at WPI––that stands on the footprint of the old building. Open since August 2018, the Foisie Innovation Studio is a collaborative space designed to support ingenuity, creativity, and entrepreneurship across the university. 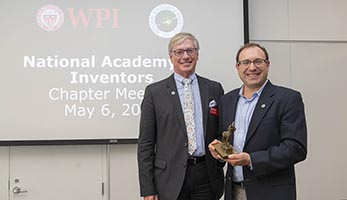 The event recognized the achievements of WPI student and faculty innovators––and marked the second year in a row the university has had a record number of students filing patents and receiving patent licenses. According to President Laurie Leshin, 117 students (33 percent women) are eligible to become honorary NAI members, more than double that of previous year. A record 62 invention disclosures were filed and two patents were licensed.

“It’s remarkable how fast this enterprise is growing at WPI,” she said. “This is the fourth year and biggest one ever. It’s a thrill to celebrate every year the innovation and invention here.”

Five faculty members were inducted into the WPI chapter of NAI;  Gregory Fischer, William Smith Dean’s Professor of Mechanical Engineering and Robotics Engineering, was honored as a newly inducted senior member of NAI.

Patent work supports WPI’s mission of theory and practice as it accelerates the transfer of WPI discoveries from lab to market for the greatest impact on society. 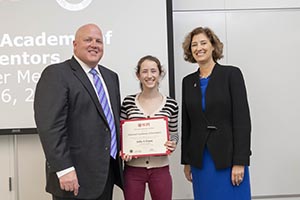 “The support along the commercialization process is the major theme of our office,” says Todd Keiller, director of WPI’s Office of Technology Commercialization. “In the past, inventors found it too difficult to go on their own and WPI provides the infrastructure to foster the ideas and move them forward.”

Julia Dunn ’19 was granted a total of four patents, which she says is a product of not just her hard work but “the encouragement and support of my professors. Becoming an honorary member of the WPI NAI chapter has given me an extra push to keep working toward having an invention licensed.”

This year alone two provisional patents were issued with her name. “The first was for my work developing an athletic shoe for injury prevention in the sports engineering laboratory on campus. The second provisional patent was earned for my MQP team’s project. We developed a system for identifying fatigue in baseball pitchers in order to more effectively predict when a pitcher is more likely to become injured,” she explains. “Both of these patents were applied for through the encouragement and mentorship of the professors guiding the projects.” 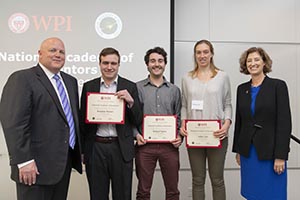 Brandon Werner ’19 (MS DS) says WPI has been extremely helpful and supportive of his team’s invention, particularly Keiller. “Even though we used significant WPI resources, WPI has allowed us to retain full rights to our invention...Our patent will help mental health professionals more easily diagnose depression in patients by allowing them to use data sources that are commonly used by patients,” he says.

Patents impact innovation and technology as well as the economy, according to Hanlon. 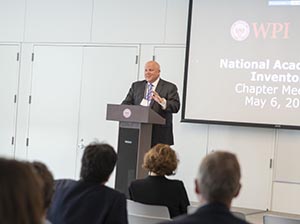 “They help fuel the U.S. economy and world economy,” he said. “With a patent contract, you and the government share your innovation and, in return, the government gives you a certain number of years of protection. It keeps the cycle of innovation moving.”

"But patents don’t end there," Hanlon added. "They create a ripple effect and provide a catalyst for prosperity and job creation, and inventors—and the protection they are offered—fuel critical growth of the economy and the U.S. itself."

Learn more about patented inventions by the WPI community. Search by inventor, patent name, or keyword. 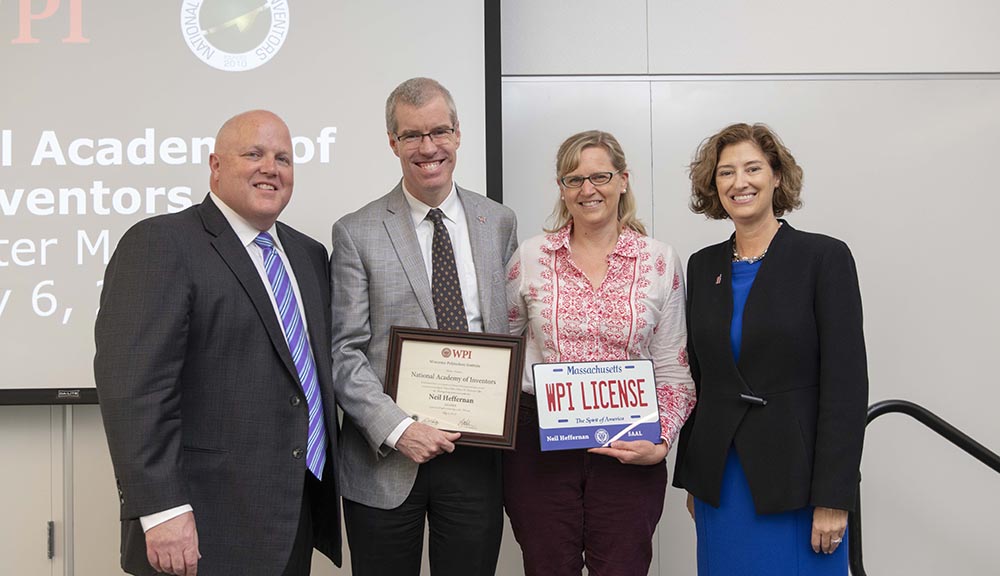 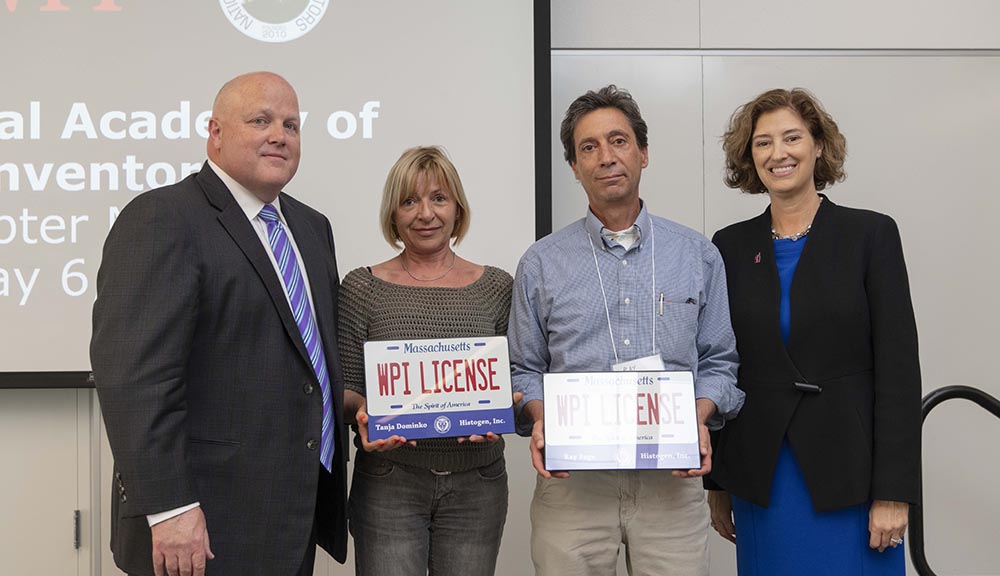 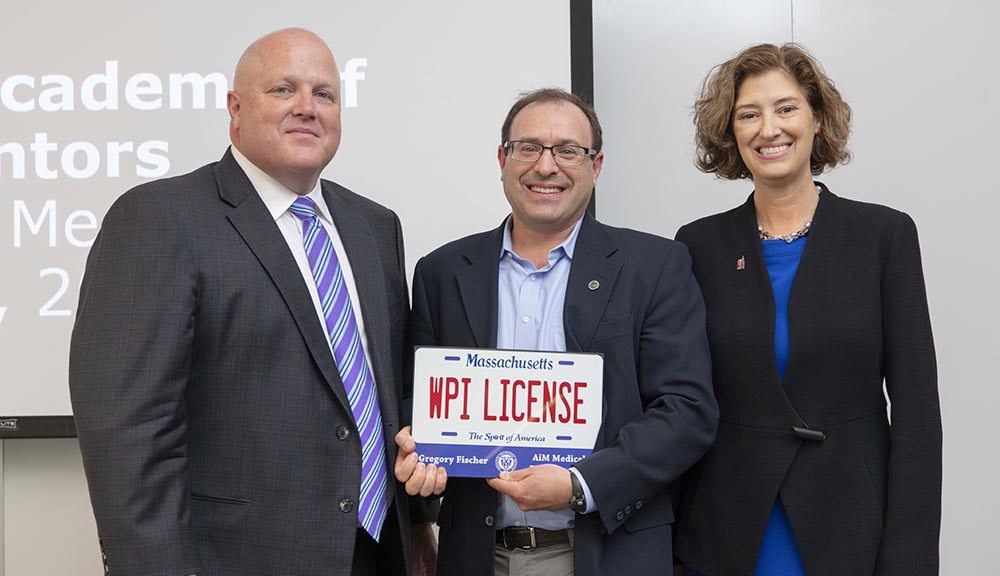 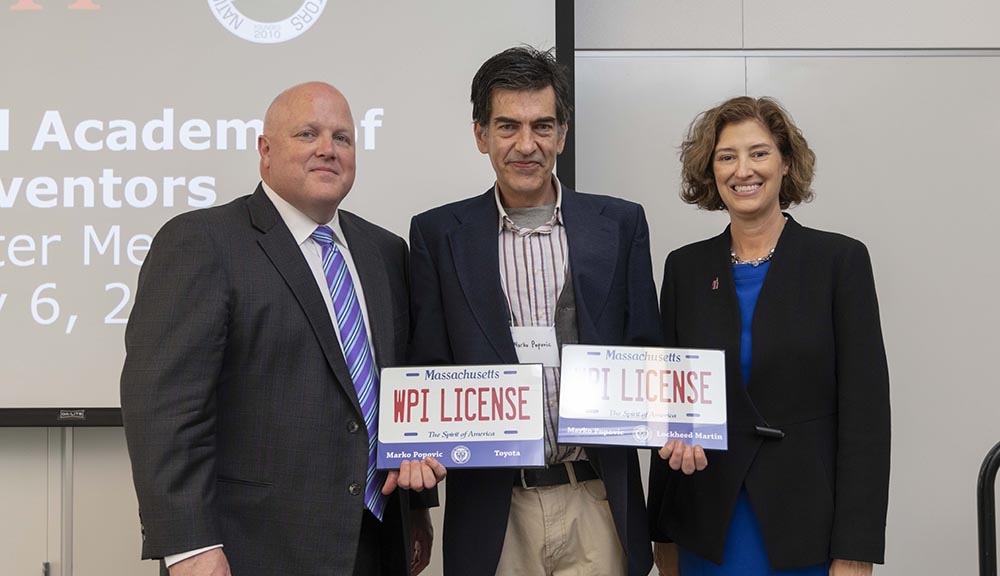