Let’s get ready to (eco) rumble 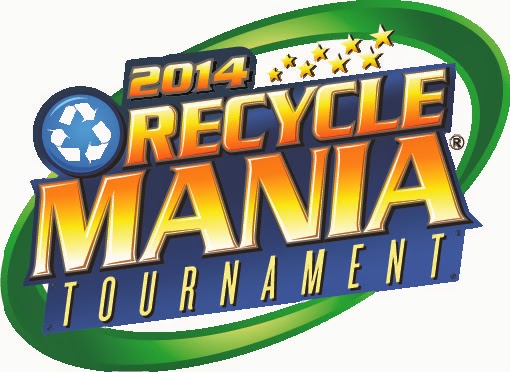 Which North American colleges and universities do the best job of recycling? That’s what RecycleMania is out to discover over an eight-week competition, Feb. 2 through March 29.

What began in 2001 as a challenge between two institutions, Ohio University and Miami University, to see which could recycle the most has grown into an annual collegiate event that in 2011 included 630 colleges in the U.S. and Canada. According to its website, RecycleMania is a friendly competition and benchmarking tool for college and university recycling programs to promote waste reduction activities on campus. Participating colleges compete in 11 categories to determine which can recycle the most paper, cardboard, cans and bottles, and food waste; produce the least amount of waste; and recycle the largest percentage of their overall waste stream.

Weekly totals are reported throughout the contest, and updated rankings are published online each Friday to allow schools to track their progress and make any adjustments to improve their standings.

“When we first started RecycleMania,” she explains, “we were really ambitious and created PrecycleMania as a trial run before RecycleMania to ensure that we had a good plan, schedule, and volunteers.” After two years of PrecycleMania, the WPI Student Green Team helped promote RecycleMania on campus. Eco-reps were named to aid the effort. “And volunteers are always welcome,” she adds.

So how has WPI fared over the past six campaigns?

“We are still stuck at a recycling rate of around 25 percent, which is well below the national average of 34 percent―though that’s still better than some other schools,” says Tomaszewski. “We really focus on the other schools in Massachusetts and in our own neighborhood. WPI usually places in the middle of the pack of schools in Massachusetts that compete and in the top third in the national competition.”

But that 25 percent number alone does not tell the whole story, she points out, because it does not take into account the waste that is eliminated altogether. For example, paper recycling has dropped substantially, but that is due to less paper being used since the Admissions offices went paperless two years ago. She adds that fewer bottles and cans are in use as a result of the water-bottle filling stations around campus.

Tomaszewski notes that regardless of where WPI places in the competition, RecycleMania can have a positive impact on campus.

“It’s good for WPI to be part of this competition because it provides the opportunity for everyone here to do something sustainable for the university.  And it gives us a quick view of how we are doing compared to other institutions across the country.”

She adds that RecycleMania offers an excellent opportunity to get rid of unnecessary and space-consuming paper files. Doing so can help increase paper recycling rates, and making small changes―such as printing on both sides of a sheet and choosing reusable containers―can make a big difference.

The winning schools in each category will be recognized on the RecycleMania website. They will also take home an award made out of recyclable materials, and win the right to host their category’s traveling trophy for the coming year. Locally, Assumption College and Worcester State University are participating in the 2014 competition, with a total of 25 on board statewide.

Those interested in becoming involved with RecycleMania should contact Tomaszewski at green@wpi.edu or the Student Green Team at greenteamexecs@wpi.edu.