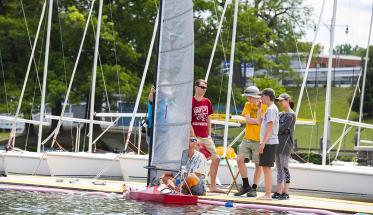 With a total of 43.4 points (a second-place entry from Maryland’s Broadneck High School garnered 34.6 points), WPI’s SailBot team came in first in three of the five challenges it scored in and second place in the other two, says Ken Stafford, co-advisor to the WPI team, avid sailor, and professor of robotics engineering. 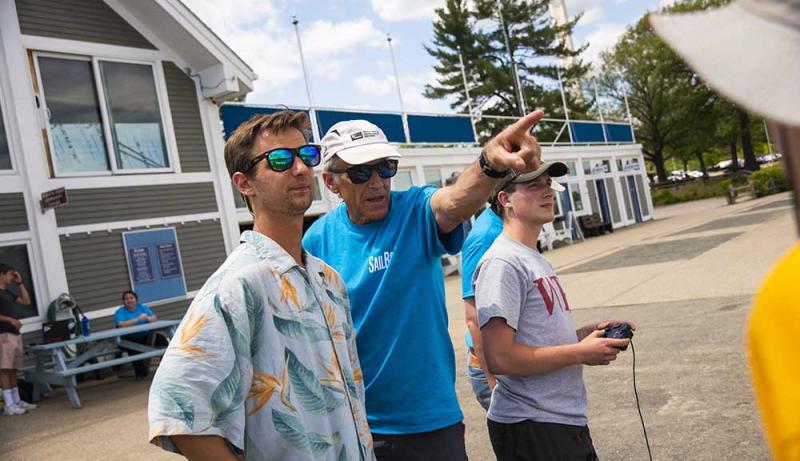 WPI’s win caps off a year of intense work on the team’s vessel and robotic operations. A combination of instinct, intuition, and knowledge helps sailors navigate through all kinds of unpredictable conditions. Roboticists, on the other hand, rely on extensive computations and calculations to make their robots move. SailBot requires both skill sets to maneuver unmanned boats through a series of races and challenges.

The competitors in the 12th annual event, held this year from June 11 to 15, hail from all over North America. Teams put their vessels through the paces of both remote-controlled and autonomous races to bring home the coveted trophy.

The name of the game at SailBot is unpredictability. “You are at the whim of what Mother Nature’s going to throw at you every day,” says William Michalson, professor of electrical and computer engineering and one of the faculty advisors to WPI’s SailBot entry. And while the boat is designed to withstand up to 2-foot seas and 20-knot winds, they would rather not have to.

This is WPI’s third year of participating and last year’s team came in first in SailBot 2017 in Annapolis, Md. Because of that win, WPI hosted this year’s event at Regatta Point Community Sailing at Lake Quinsigamond.

Riding the Wave of Victory

WPI’s SailBot team appreciated the thrill of victory last year, but they still wanted to make a better boat. To that end, they hit the water with an entirely new vessel and incorporated everything from working with fiberglass to coding to sailing knowledge. The testing and restructuring is an important part of the process, says Michalson. “When something goes wrong, the instinct might be to fix the surface,” he says. “As an advisor, I always say, ‘Let’s answer the question of why did something break?’ That analysis is not trivial.”

Connections to real-world problems reinforce the methods of the WPI Plan. “It’s the application of what we are learning in class on the real world,” says Jordan Burklund, who. like his teammates, recently graduated. “It’s figuring out why things are the way they are.”

Stafford believes team members need to be sailors and engineers, so many of them have taken his sailing PE class at least once. “It’s important to understand the physics associated with sailing,” Stafford says. “When you steer a wheel straight on a car, the car goes straight; but not a sailboat. Then there are the complexities of robotics control. You can’t just set it and forget it.”

Team members can operate the boat remotely from shore, but in many events, the boat operates autonomously. “The complexity of this project forced us to go beyond what we learned in class,” says Hans Johnson. 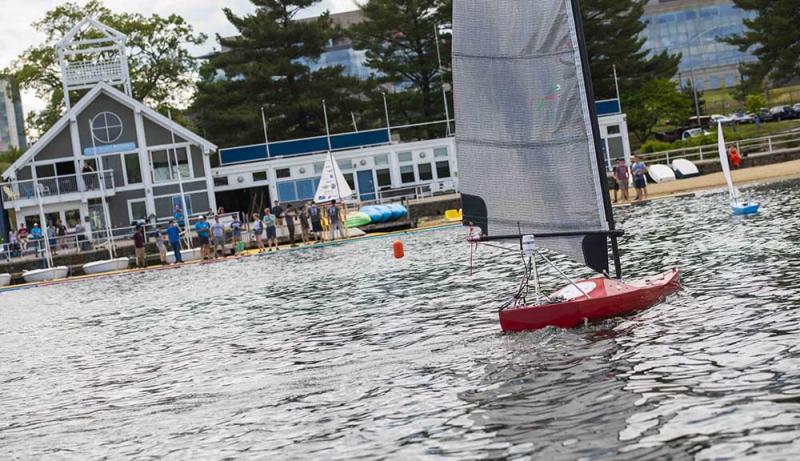 The vessels aren’t just for pure fun—they are developed with the potential to be used eventually in open waters for oceanographic research purposes including ocean surveillance and pollution monitoring. The constant tweaks and changes get the boats even closer to larger uses. As teams realize ways to improve performance, they make adjustments—both to the structure and to the electronics—to help that along. James Kuszmaul says each piece makes a difference. “Some of the code is the same this year," he says, "but we changed most of it.”

Team member Liam Shanahan says his mechanical engineering degree came in handy, but it was his sailing experience that really gave him perspective on SailBot. Combined with his teammates’ knowledge, they drew on each other’s strengths. When Shanahan joined the team, he was especially curious to see how his teammates, who identify as roboticists first, handled some of the challenges. “I focused on the boat itself,” he says. “They focused on making a high-performance robot, but not necessarily a high-performance sailboat. I concentrated on getting a high-performance sailboat.”

SailBot includes races that pit teams against their own personal times and others where teams compete to win. Other matches include fleet races; a station-keeping challenge; precision navigation tests; payload, collision, avoidance, search tests; and an hours-long endurance challenge. Open to those from secondary schools, undergraduate programs, and graduate programs, and to individuals and company teams, this year’s teams were from North America, but previous years’ competitors have come from as far away as Wales and Brazil.

With a robotic sailing vessel, the marine challenges add complexity, but also a nuance that isn’t generally found in the more rough-and-tumble robotics competitions. “Lots of us like it because it’s more elegant and looks more ergonomic,” says Shanahan. “It’s not BattleBots.”

For many students, this connection between the technical and the natural worlds is new. “It’s cool to combine what I am passionate about—the sailing and the robotics,” says Shanahan. “I didn’t think it was possible until I heard about this project.”