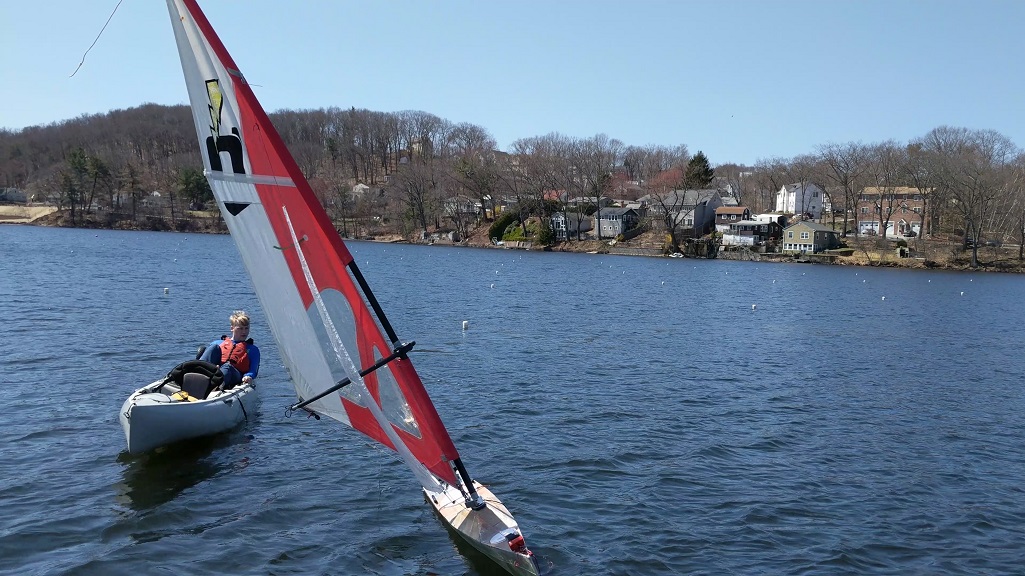 A Worcester Polytechnic Institute (WPI) student team is one of 11 crews preparing to set sail at the 11th annual International Robotic Sailing Competition—known as SailBot 2017—at the Robert Crown Sailing Center in Annapolis, Md., June 11-16.

The competition challenges students to apply their robotics knowledge to develop autonomous boats two to four meters in length that could eventually lead to low-cost oceanographic research vessels used for pollution control and surveillance.

“This is an incredibly complex robotics challenge,” said Ken Stafford, director of the WPI Robotics Resource Center and a longtime sailor, who is overseeing WPI’s team. “You need to be both a sailor and a roboticist to do this.” Stafford enlisted the help of William Michalson, professor of electrical and computer engineering, who has navigation and communications experience.

“It’s hard enough to get anything to function under autonomous settings, and the ocean is a particular challenge,” said Miller. “You need to use nature’s forces to operate the sailboat. It’s not like an airplane or a car where you have a control throttle. The sailboat doesn’t always go where you want it to go.”

Watch the trial run of the Sailbot

SailBot ’17 will be held on the Severn River, a tidal tributary of the Chesapeake Bay, and features five races: a remote-controlled fleet race; a station-keeping event in which boats stay in the same place for five minutes; a precision navigation race; challenge competitions covering payload/load bearing, collision avoidance, and search; and a long-distance, eight-hour race.

Stafford anticipates the WPI team will participate in the long-distance race, payload/load bearing race, and a third race to be determined. He noted that this is WPI’s second appearance in the competition, as a team participated as the lone one-meter sailboat entry with six students in last year’s event in Ontario, Canada.

“We were the only one-meter class and, after getting there, we knew why,” he said. “We encountered one-foot waves on the St. Lawrence Seaway, which just overwhelms a one-meter boat.”

Boats can compete in the SailBot class, which includes boats up to two meters in length, as well as an open class, with boats up to four meters. Boats are constructed of fiberglass and typically weigh between 15 and 100 pounds. WPI’s boat is a two-meter, fully autonomous fiberglass sailboat weighing 50 pounds that features a carbon fiber mast and a 10-foot-tall sail. The team has tested it extensively at Lake Quinsigamond on the Worcester-Shrewsbury (Mass.) line.

Stafford said the WPI team is eagerly awaiting the competition.

“We spent more time this year getting the sailing dynamics right,” he said, “so we’re confident and excited about participating in this year’s event.”

WHO: Eleven teams from around the world:

To view the event: Watch the event via the U.S. Naval Academy camera at this link.

Additional details: Event is free and open to the public. Best viewing times are June 12 in the afternoon, and June 13-15 from 9 a.m. to 5 p.m. Bleachers are set up next to the course area.

To read a feature about Ken Stafford and his involvement with SailBot and other programs, visit The Daily Herd.