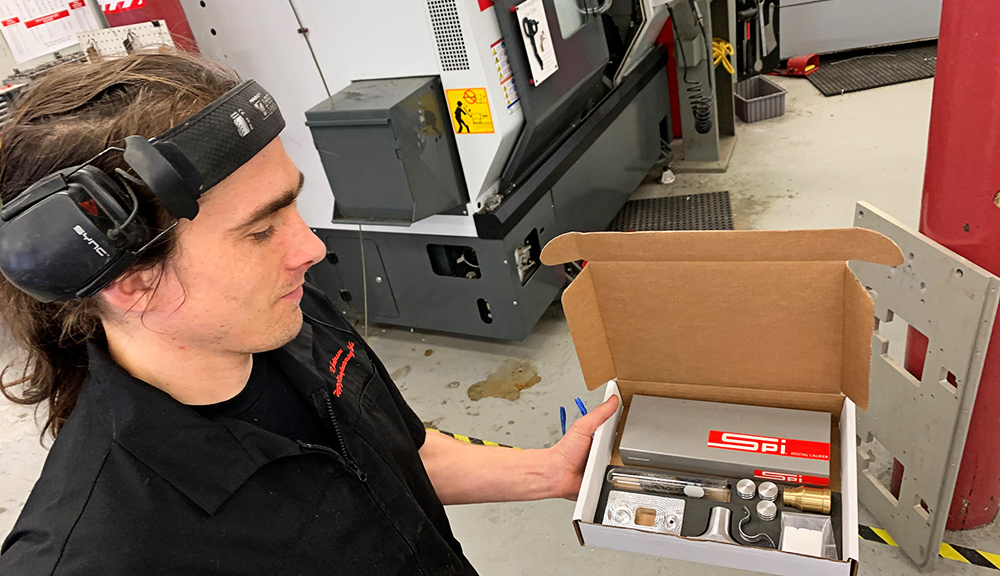 A hands-on course that requires WPI undergraduates to build thermoacoustic engines would—by definition—call for them to be present for the course.

But at WPI and nearly all universities nationwide, classes have gone virtual due to the coronavirus pandemic.

Rather than missing out on the experience of “being there,” WPI students in ME1800 are still getting hands-on experience thanks to the ingenuity of their instructors.

The trio worked tirelessly over some 84 sleep-deprived hours recently to develop manufacturing kits to allow students to build an external combustion engine with parts they typically would have machined on campus. The engine is similar to those found in large commercial refrigeration units. 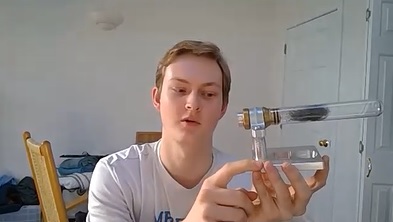 The kits—containing calipers, cylinders, pistons, and other components—were shipped to the students at home.

Because the students don’t have access to machines, the entire lab has been moved to a simulation online where they get to virtually click and create the machined parts they now hold in their hands.

“Since we had to run the class without hands-on labs, we asked ourselves how we could produce something meaningful for students,” said Bergstrom. “We knew we could show videos of making the parts in the labs. But we realized that it’s critical for students to get the tactile feel of these parts. And then we decided to send the students these parts.”

ME1800 introduces students to manufacturing science and engineering and prototype part production. It emphasizes computer-numeric controlled (CNC) machining and—importantly—is taken by about half of the freshmen at WPI. “For most students, this is the first engineering class they will take, so this is a great introduction to engineering,” said Bergstrom.

It was a whirlwind, for sure, but the team thrived on the challenge.

“If the students didn’t have something to handle and actually see the 3D models, a lot would be lost,” said Anderson, who earned a bachelor’s degree in mechanical engineering at WPI in 2008. “To have these kits and to hold these pieces allows them to more thoroughly understand the class.”

Wally Towner, associate teaching professor in Industrial Engineering, noted that students will not necessarily go on to operate a CNC machine. “But if they are in a factory long after they graduate, they will know the capabilities of these machines and have a firm understanding of their functions,” said Towner, who graduated from WPI in 1983 with a mechanical engineering degree. “That’s the real benefit.”

Loiselle, who received his BS/MS from WPI in 2011/2012, handled all the computer programming of parts, using computer-aided manufacturing software from DP Technologies. Bergstrom and Anderson, in turn, machined the parts that were ultimately delivered to students.

Bergstrom noted that the class is supported by peer learning assistants (PLAs), upperclassmen at WPI who have gone through the class themselves. The first online class was held last week.

“This has been a really fun opportunity to play a critical role in this class,” said senior Samuel Johnson, who is majoring in robotics engineering.

Junior Eva Lu, who is majoring in mechanical engineering, was equally enthusiastic. “In addition to doing the lab work, we also learn about the different machines available in the labs,” she said.